But the OffShore Fish just did not want to be part of the Mix today.  The Dolphin Fish had Lock Jaw and Not very Many were caught.  There was a Sail that I heard of and Some Bottom Fish but the OffShore Bite was on LockDown.

One of Two things can happen when a Low Pressure System Approaches, one: the Fish Go off cause they can feel the pressure and they think its their last meal.  Or Two they head to the Cobalt Deep to get away from the Pressure.  Well it looks like the Fish took Option two because yesterday was in three Words, SLOW SLOW SLOW...  But not to Worry, I am sure after the Boats can Get out again that they will be right on the Fish.  We should start seeing some more Wahoo's pretty soon, the time is Right for them..

Man I would love to weigh a triple digit Wahoo!!!!!  Can Someone help me out with that???

Cobia and Drum seem to be keeping folks Happy Happy Happy..  Bunch of Grey Trout around and Blues and Spanish...Our New Spanish Spoons from Bowed Up Lures are Wearin the Spanish Mack Out.

Slower than we Like but fish were caught.  Pompano, Mullet, and some Small Blues a Few Short Flounders.  Don't worry it's gonna fire up here shortly.  I am Lookin forward to catchin Spanish from the Beach been Stalkin them off of Ramp 55 and it's just a matter of time.

Oakley Ownby Connolly of Williamsburg Va. had a 46 Inch Drum while fishing aboard the Hallelujah.

Daniel Bright of Sunbury NC had a 63 pound Cobia while fishing aboard the Speck-Tackler.

Traci Tuthill of Portsmouth Va. had a 41 Pound Cobia while fishing aboard the Speck-Tackler.

Darren Brown of N. Dinwiddie Va had a 62 pound Cobia while fishing aboard the BlueFin. 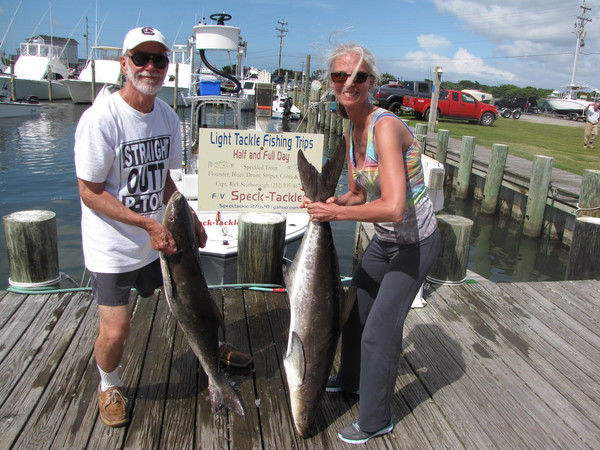 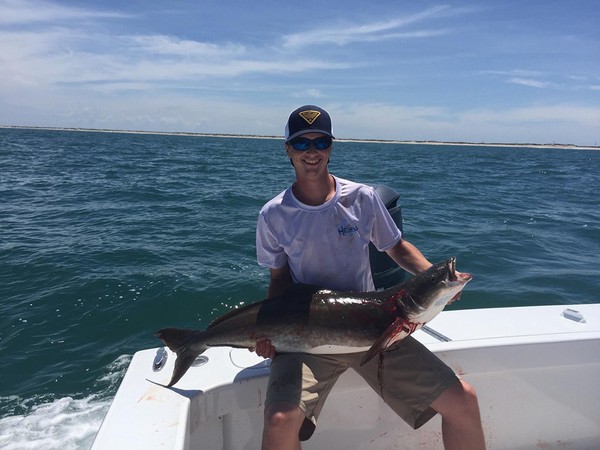