Several offshore boats went out on Wednesday before the weather got too bad. They had some nice catches of Dolphin and Wahoo, plus a few Sailfish and White Marlin releases.

Inshore boats got on the Red Drum with several bull red releases. We also saw catches of Speckled Trout, Bluefish, and Spanish Mackerel.

Most boats remain at the dock now as the winds and swells continue to increase throughout today and tomorrow. We are currently under a high surf advisory, which as of now is posted until early Saturday morning. Today also marks the start of the Cape Hatteras Anglers Club Invitational Surf Fishing Tournament, which runs until Saturday, September 11th. 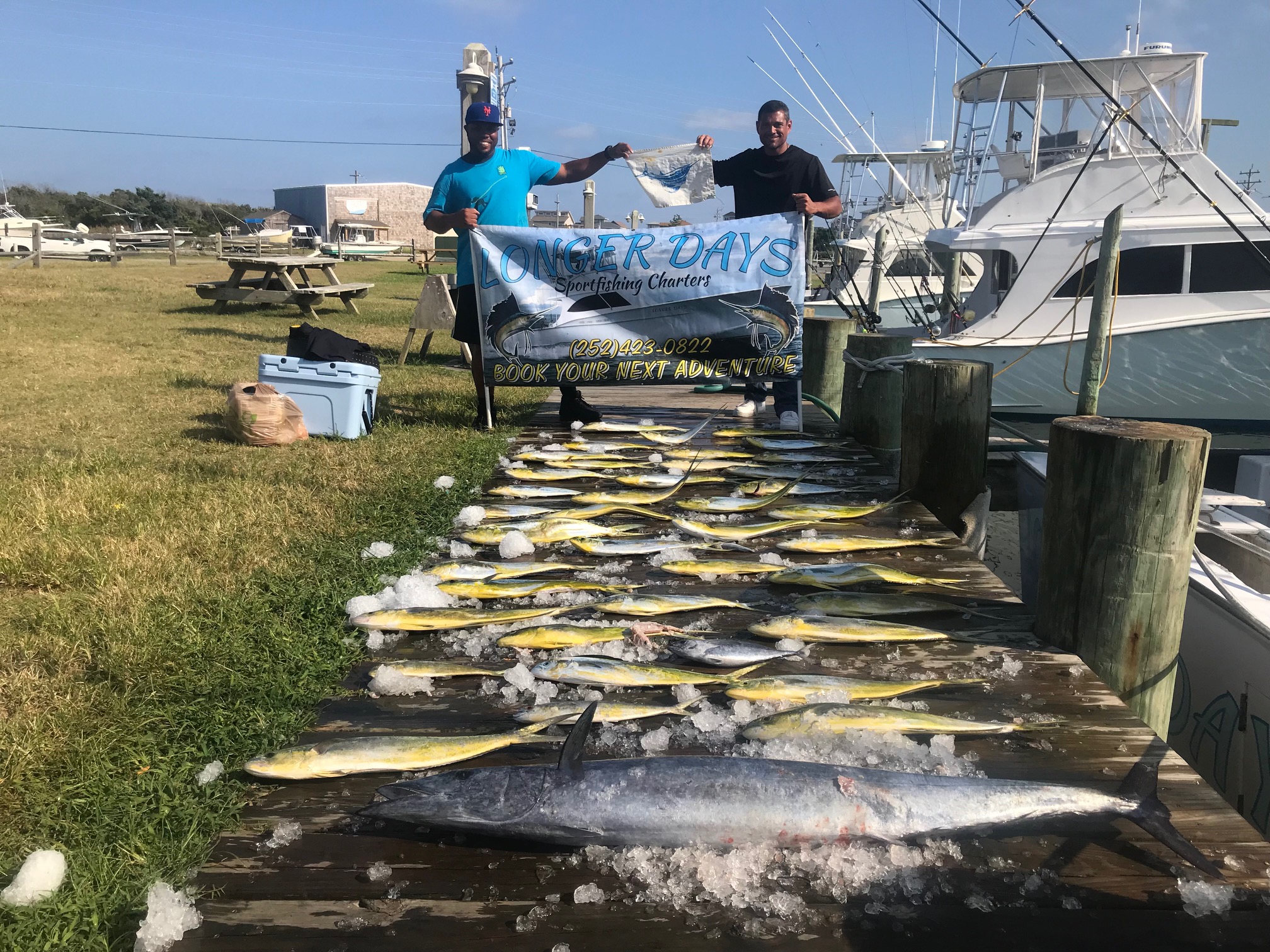