OffShore Today was a BlackFin Tuna Nightmare.  Most of our Fleet went to the North and Got on them Good.  There were also a Bunch of AJ's Caught.  A Few Wahoo, A few Dolphin and a Few BillFish.  Bumpy But Great Day on the Water.

InShore just can not be Stopped with GREAT catches of Drum of all Sizes.  Cobia are Still there and All the Blues and Spanish ya want.  Limits!!!!!!!!!!!!!  Trout are here, both kinds and Flounder Fishing is Steady.  We are seeing and hearing about more keeper Flounders. We are About to pull into prime time gigging season with August, September and October being Prime Time.

Beach Spanish and Blues DayBreak and SunSet.  Pompano, Sea Mullet, Pups and Flounder throughout the day.

Oshela Parks of Mount Gilead NC had a SailFish while fishing aboard the Harpers Folly.

Nathaline Blaser of King George Va had a 49 Pound Wahoo while fishing aboard the Runaway. 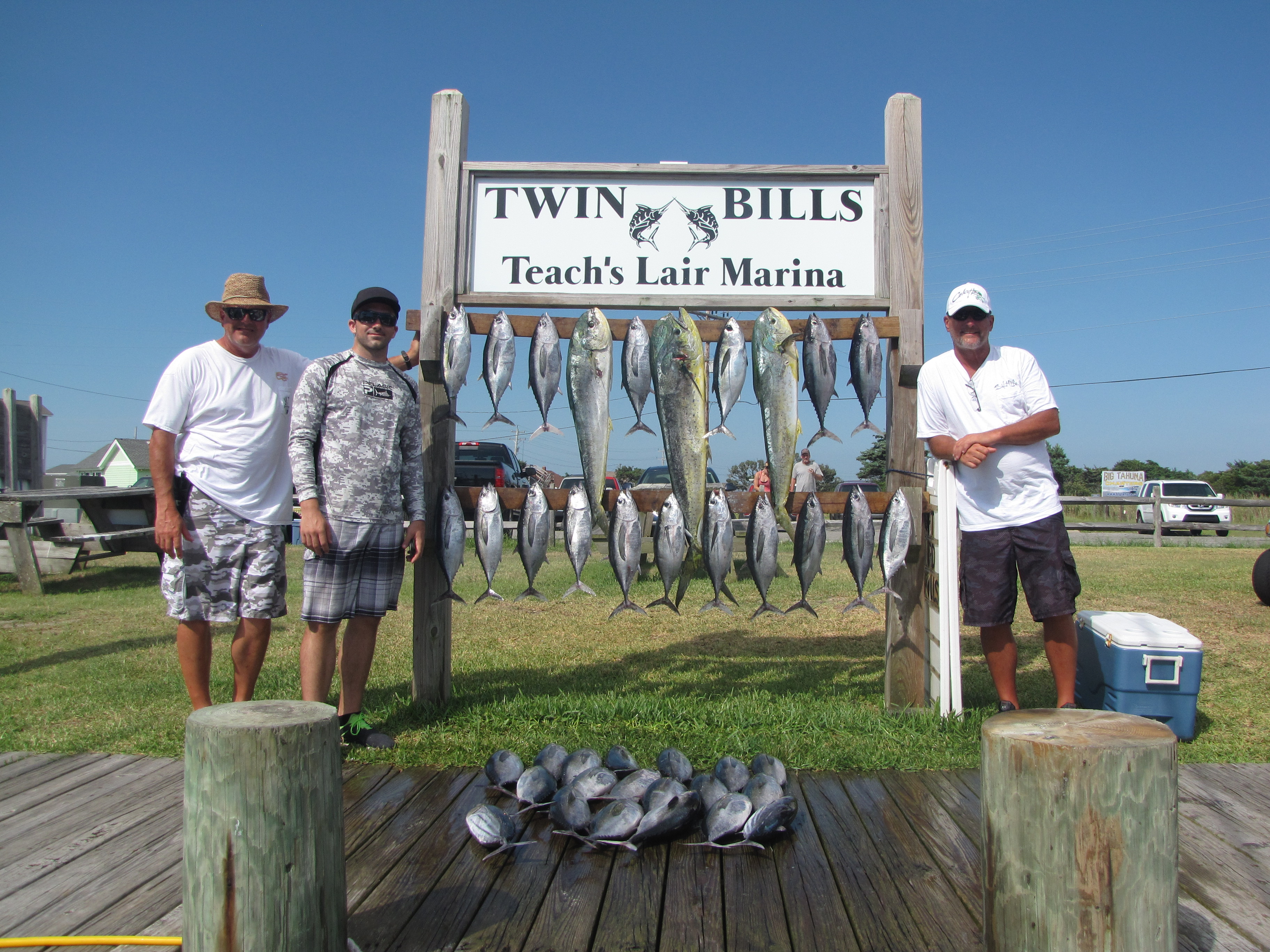 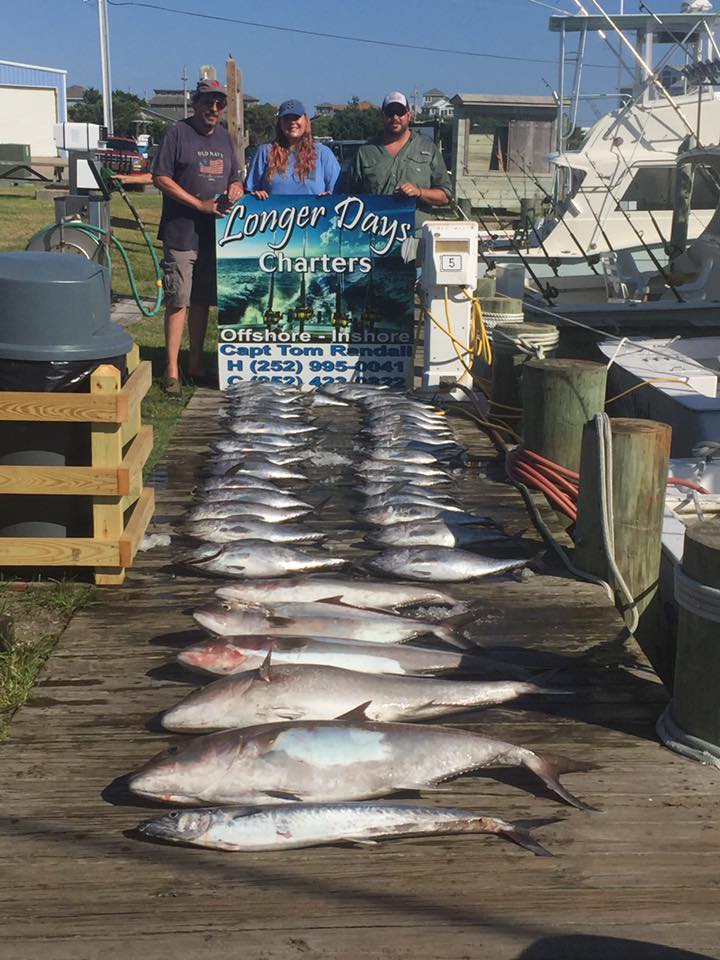 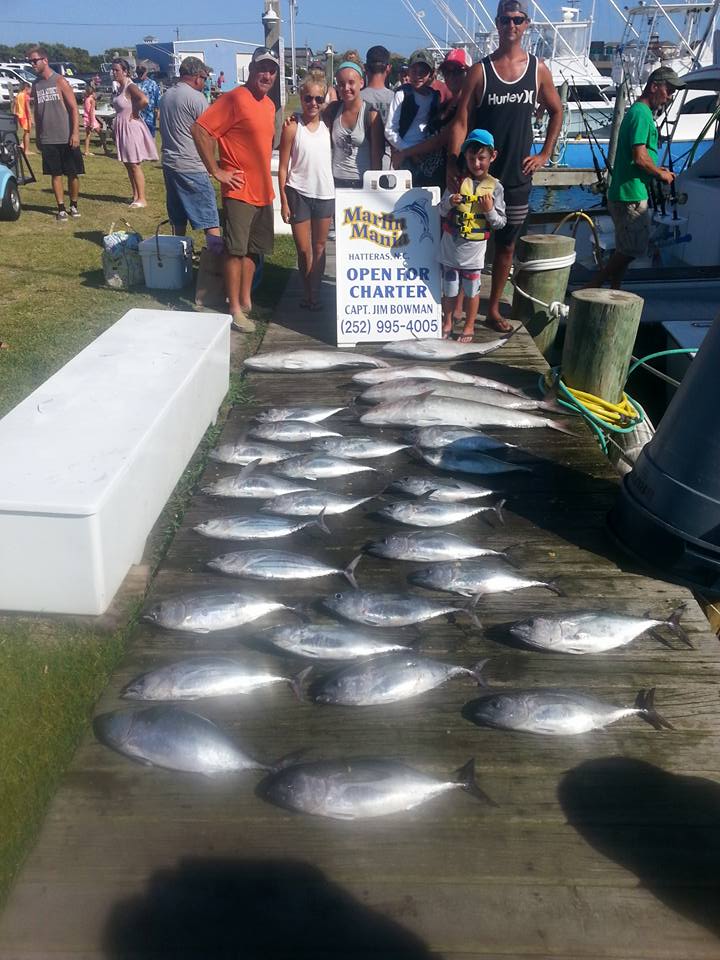 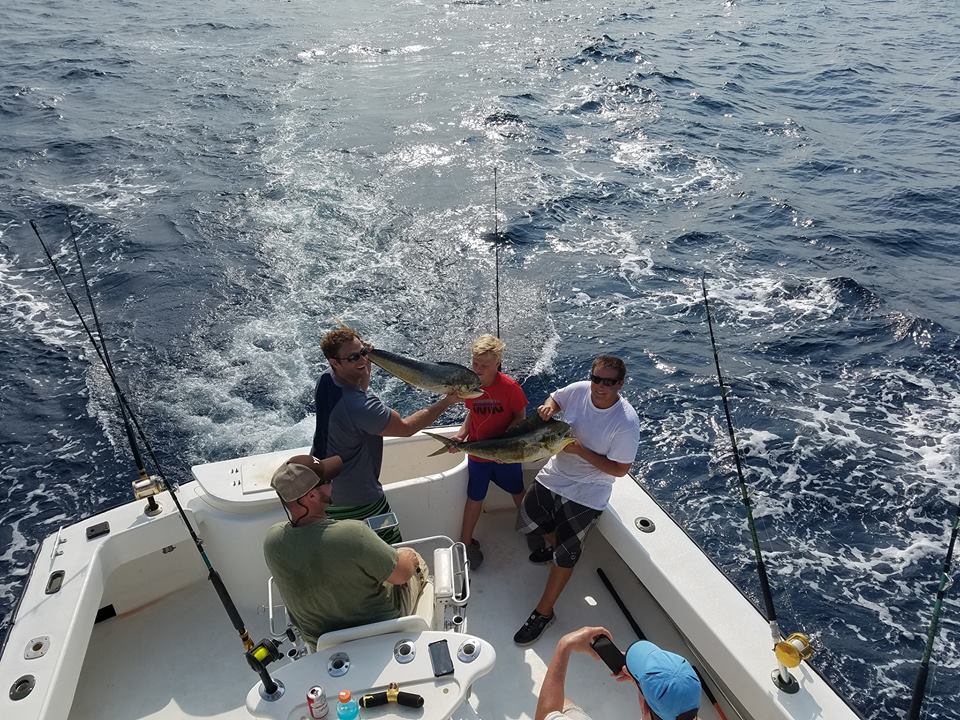 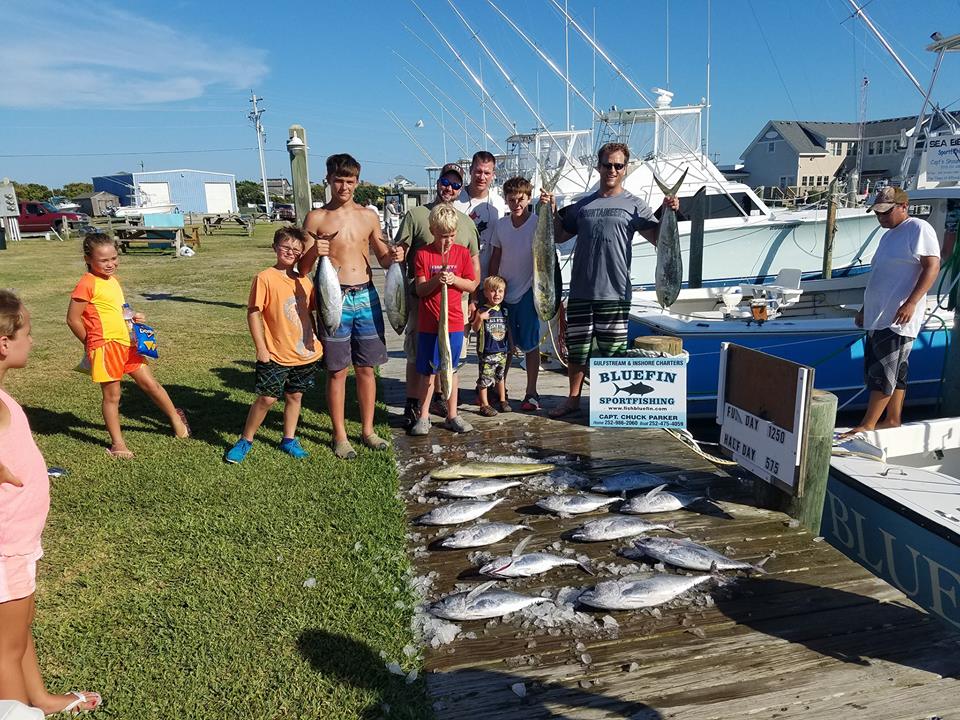 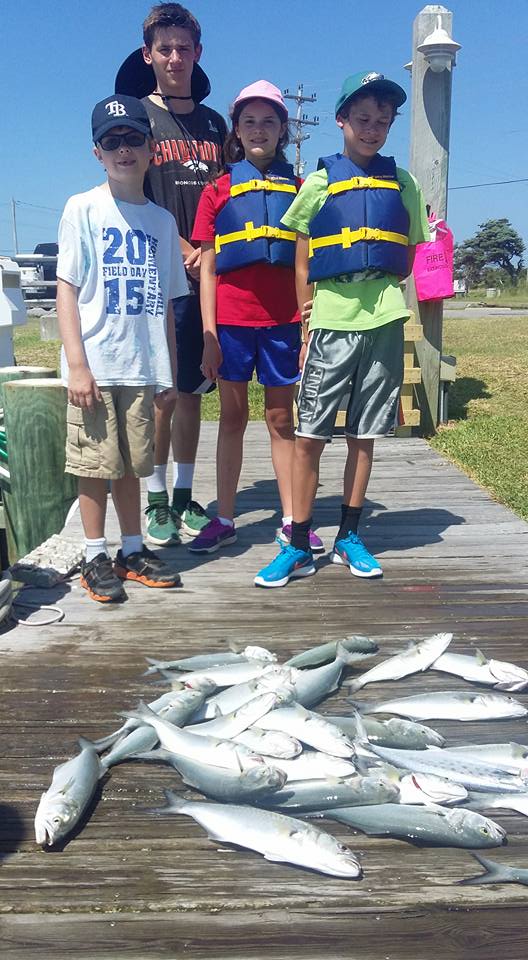 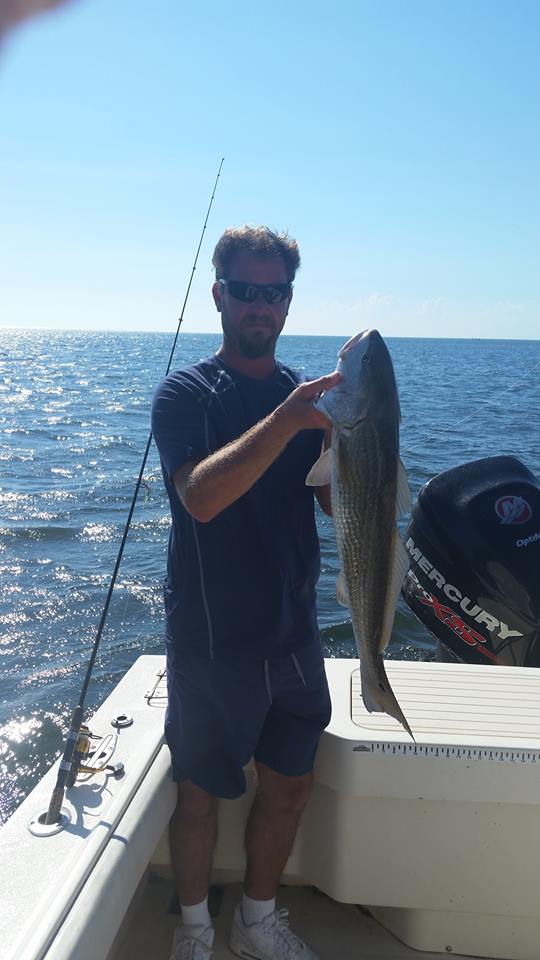 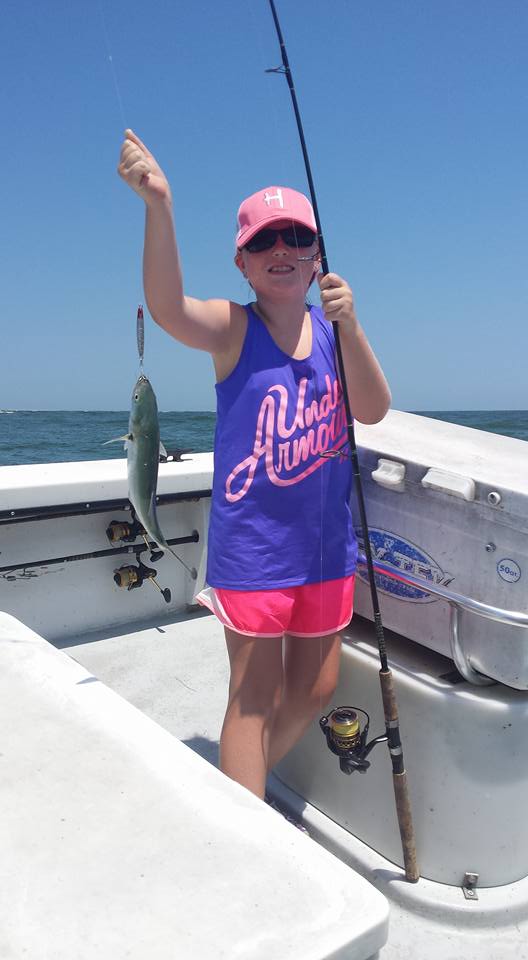 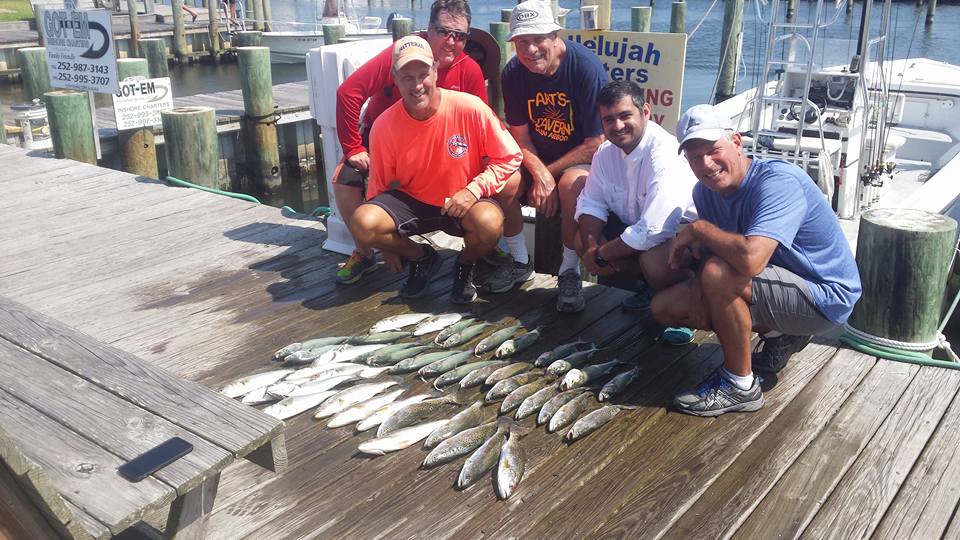 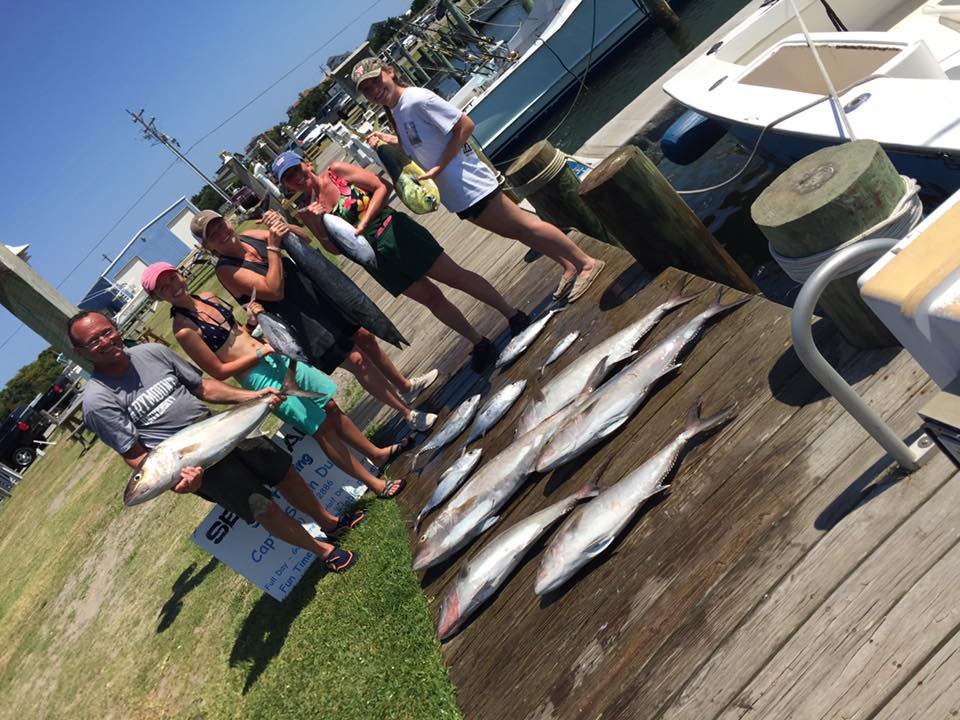 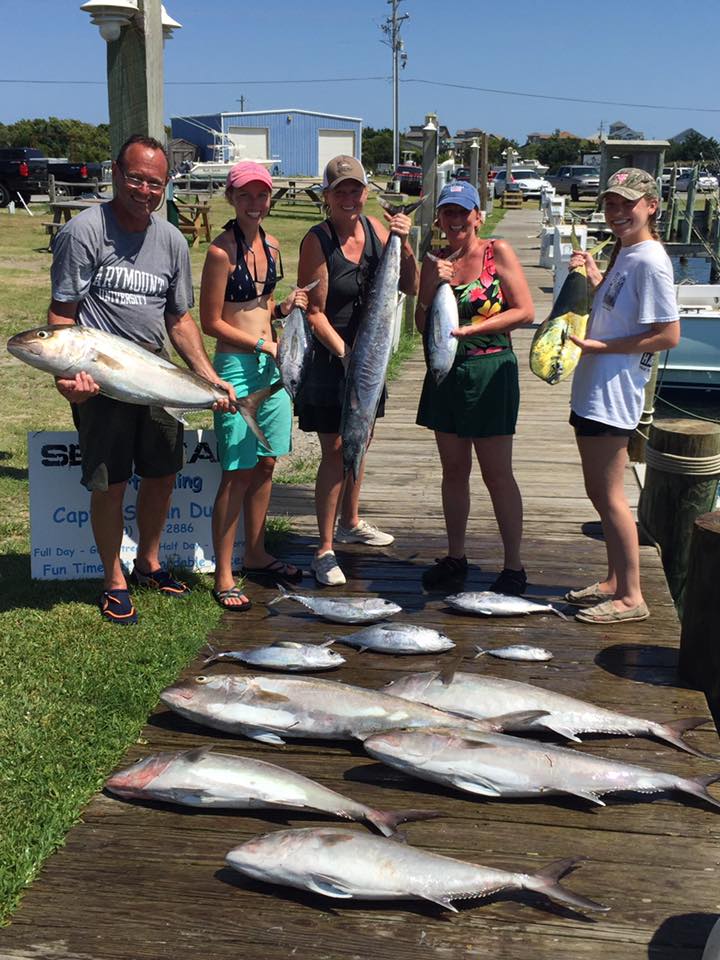 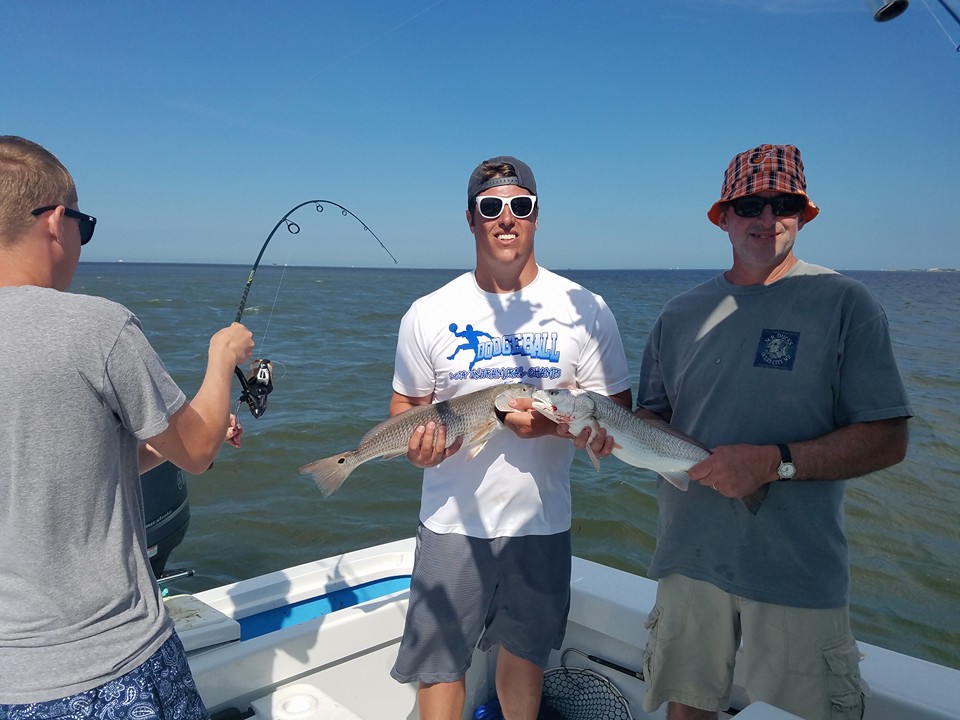 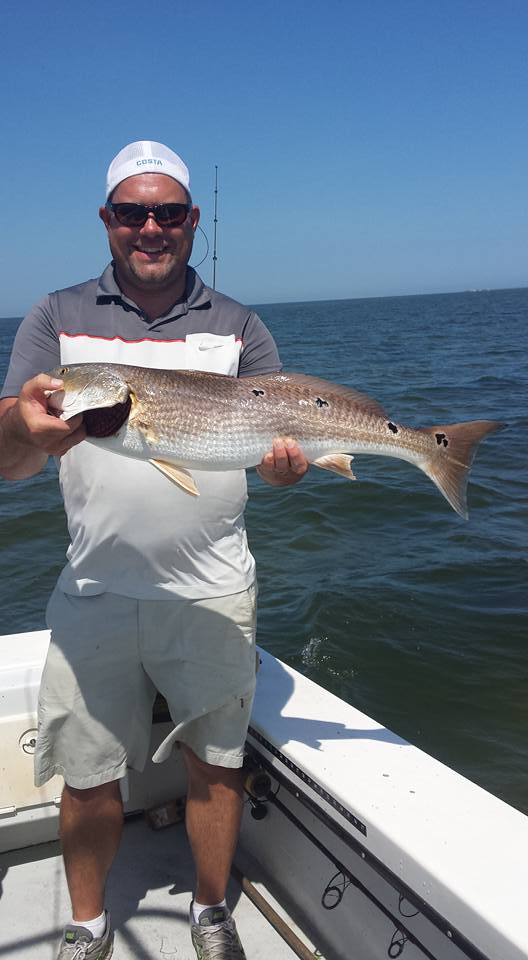 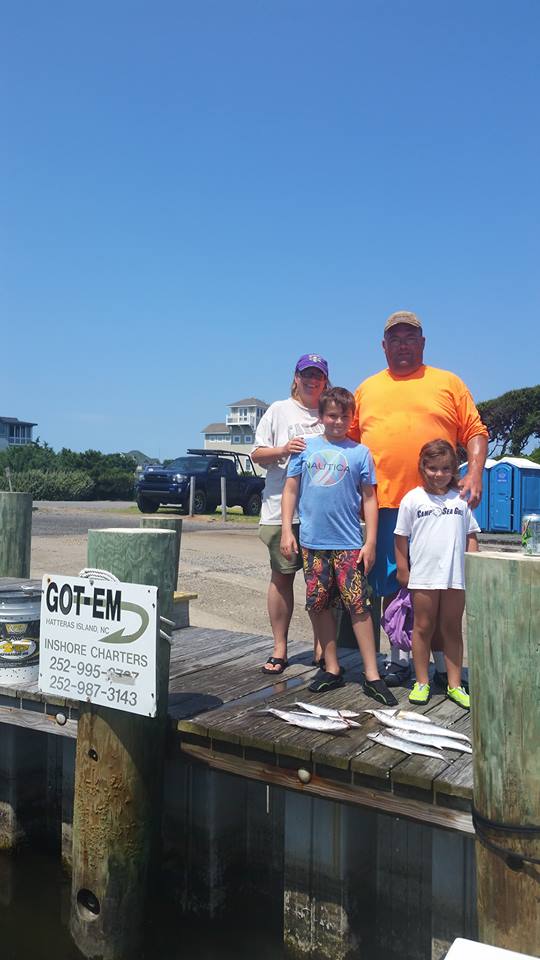 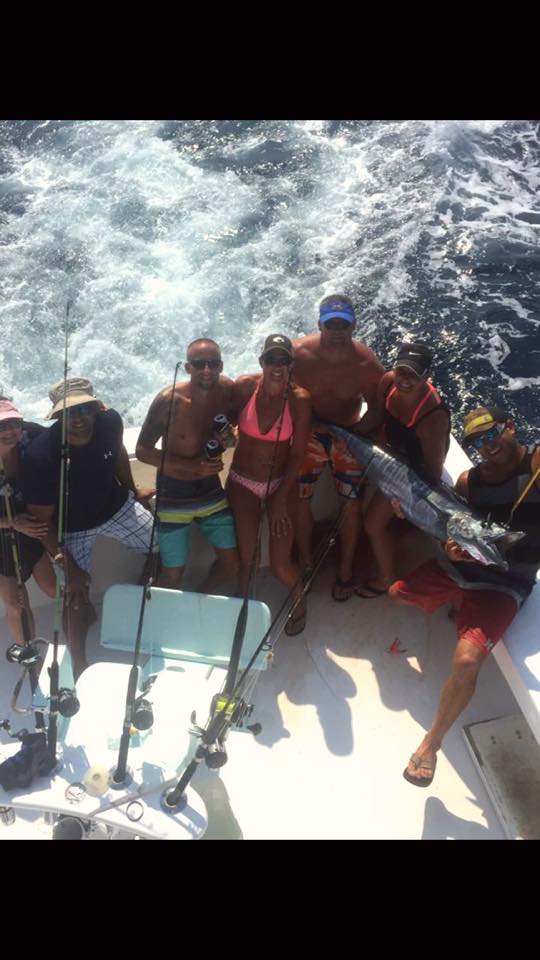 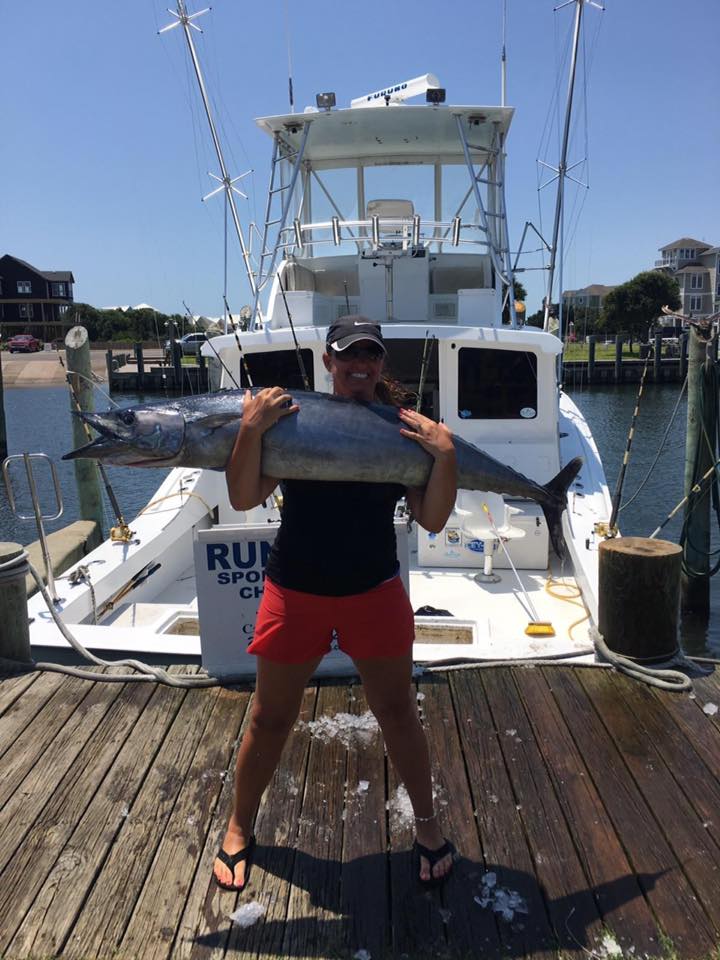 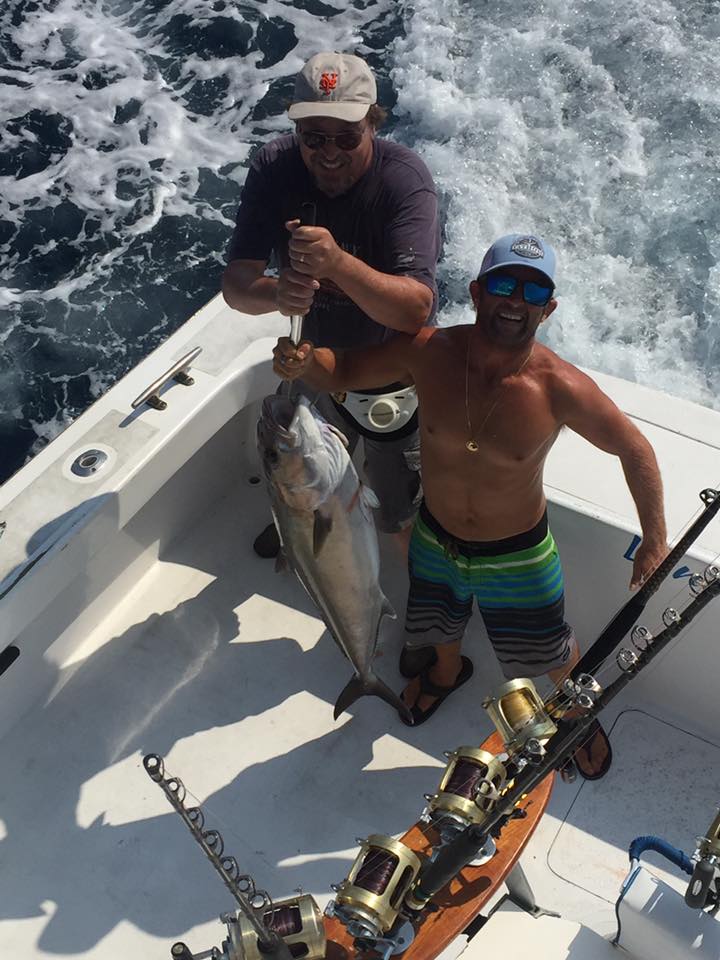 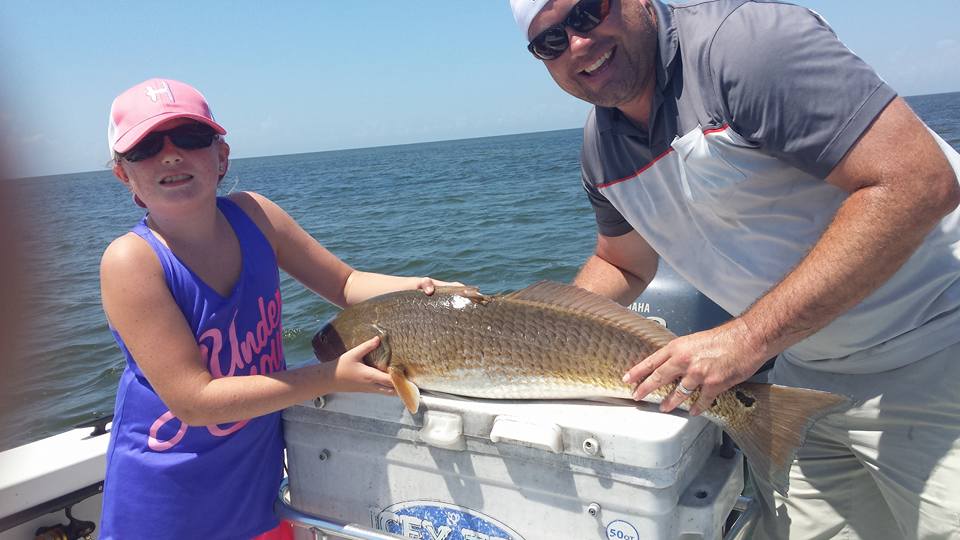 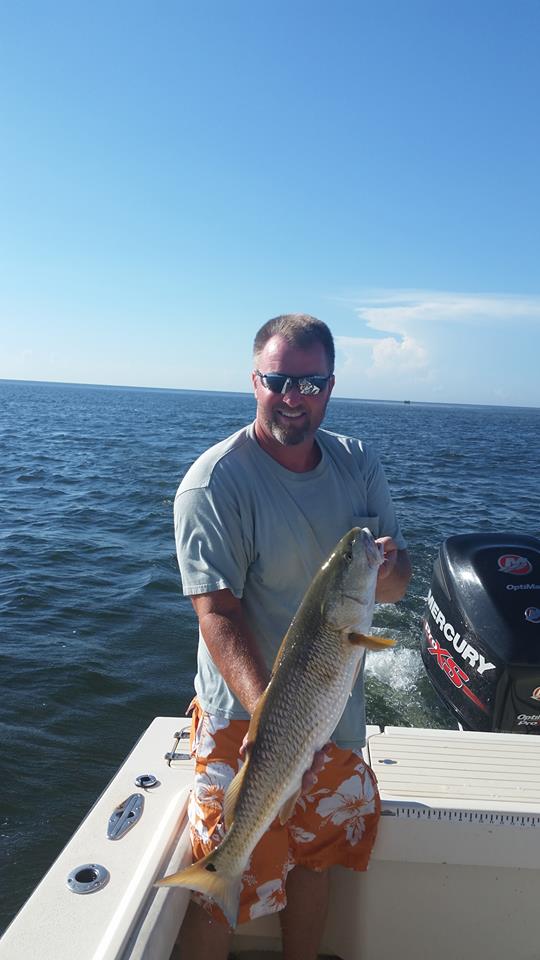 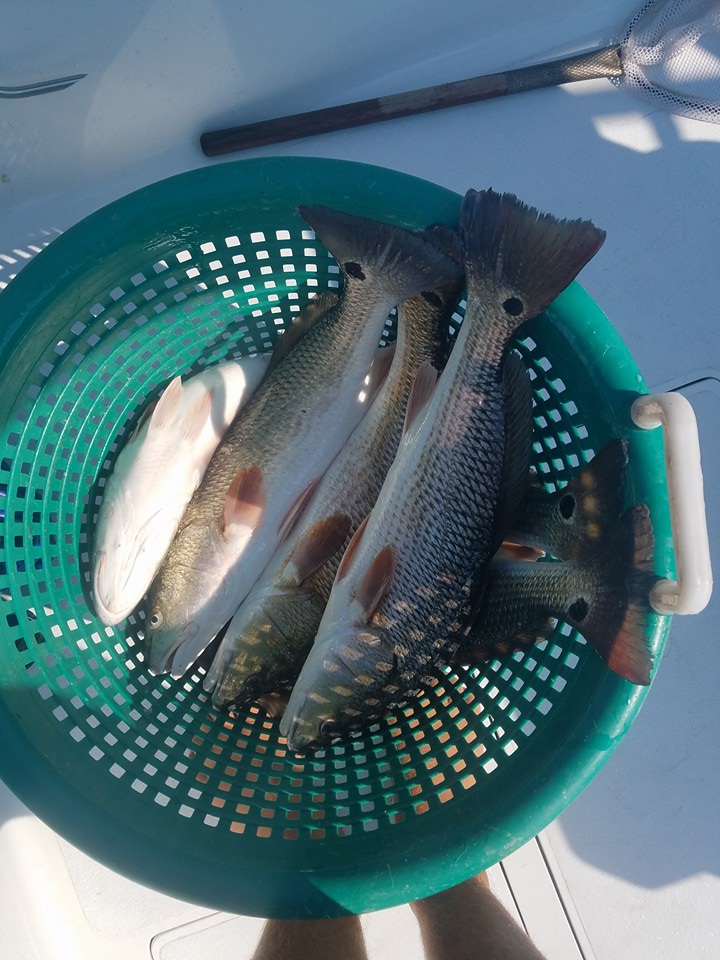 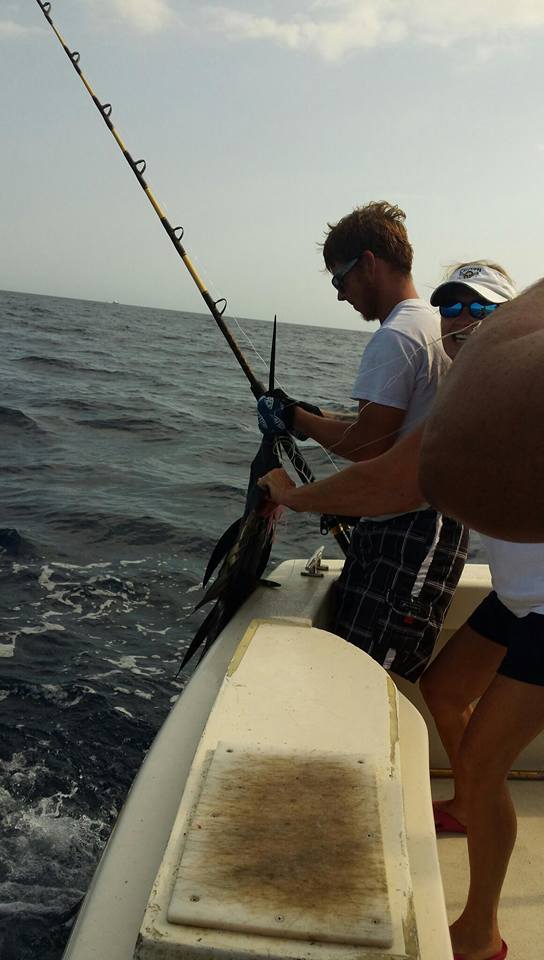 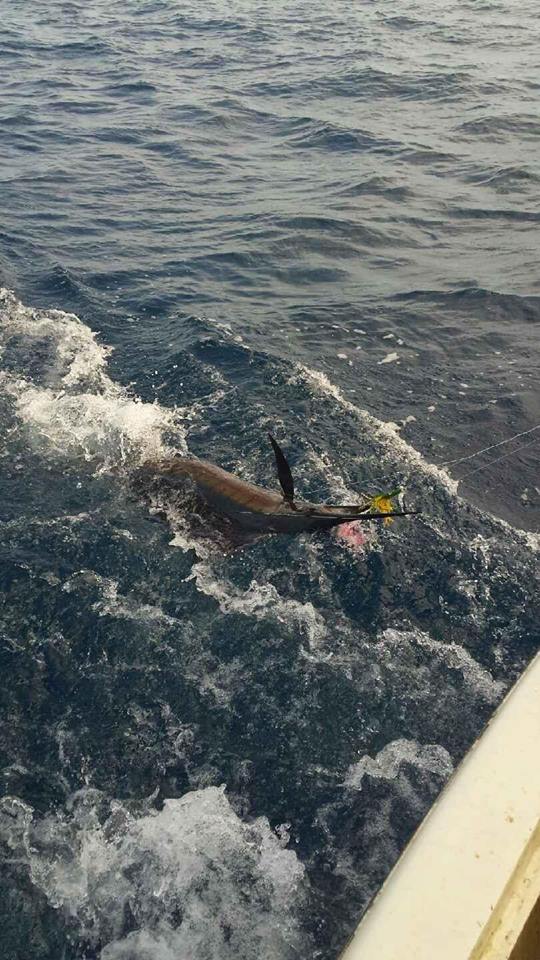 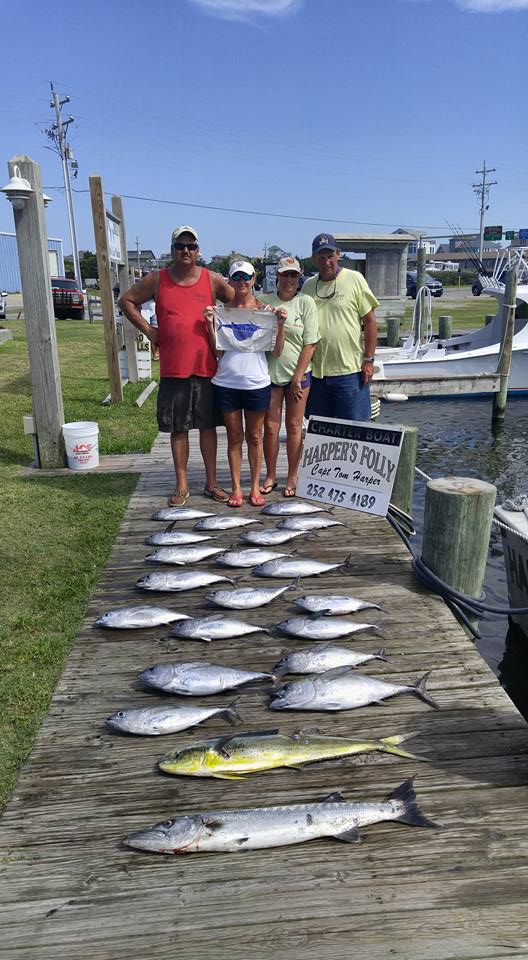