Fish in the water and hanging in the air

The fishing has been great over the past week. There has been some good Cobia fishing, but yesterday the Big ones arrived with numerous fish over 50 pounds!  There were 3 real nice ones caught up in Buxton from the beach.  With the Cobia craze along the beach, a lot of the other species have gotten overlooked somewhat. There are still a lot of Bluefish in the ocean and the Spanish Mackeral fishing is still good and should continue to be. There are still some Big Drum to catch both from the beach and the boat.  I have heard of small Speckled Trout up and down the backside of the island out in the sound.  There have been some Cobia back there as well.  It seems like the inshore fishing has really exploded about right on schedule.

Offshore the fishing has been great...there's been some days you had to be tough, but the fish have been there.  The Dolphin fishing has been really good and pretty consistent. There have been some bigger citation fish around.  Great bottom fishing with Triggers, B-Liners, Groupers, etc.  You never know what kind of surprise you may pull up from the deep.  A few Sailfish are starting show up along with a scattered White Marlin and some Blue Marlins around.  Last week Hatteras Village hosted the 25th annual Hatteras Village Offshore Open, the first Blue Marlin tournament of the year in NC.  There were 29 boats that fish in it this year under some tough condition.  The biggest fish was weighed by the Piracy 655.9 pounds and the Wall Hanger had a 563.9 for the second biggest fish!  Top Dog had the overall points catching 4 Blue ones.  The biggest Dolphin weighed in at 44.4 pounds.  Overall it was a great tournament and did not disappoint!  I have fished it for quite a few years and really enjoy and look forward to it every year. Thanks to everyone's hard work to make it happen and to all the boats that come to Hatteras to fish it!!! 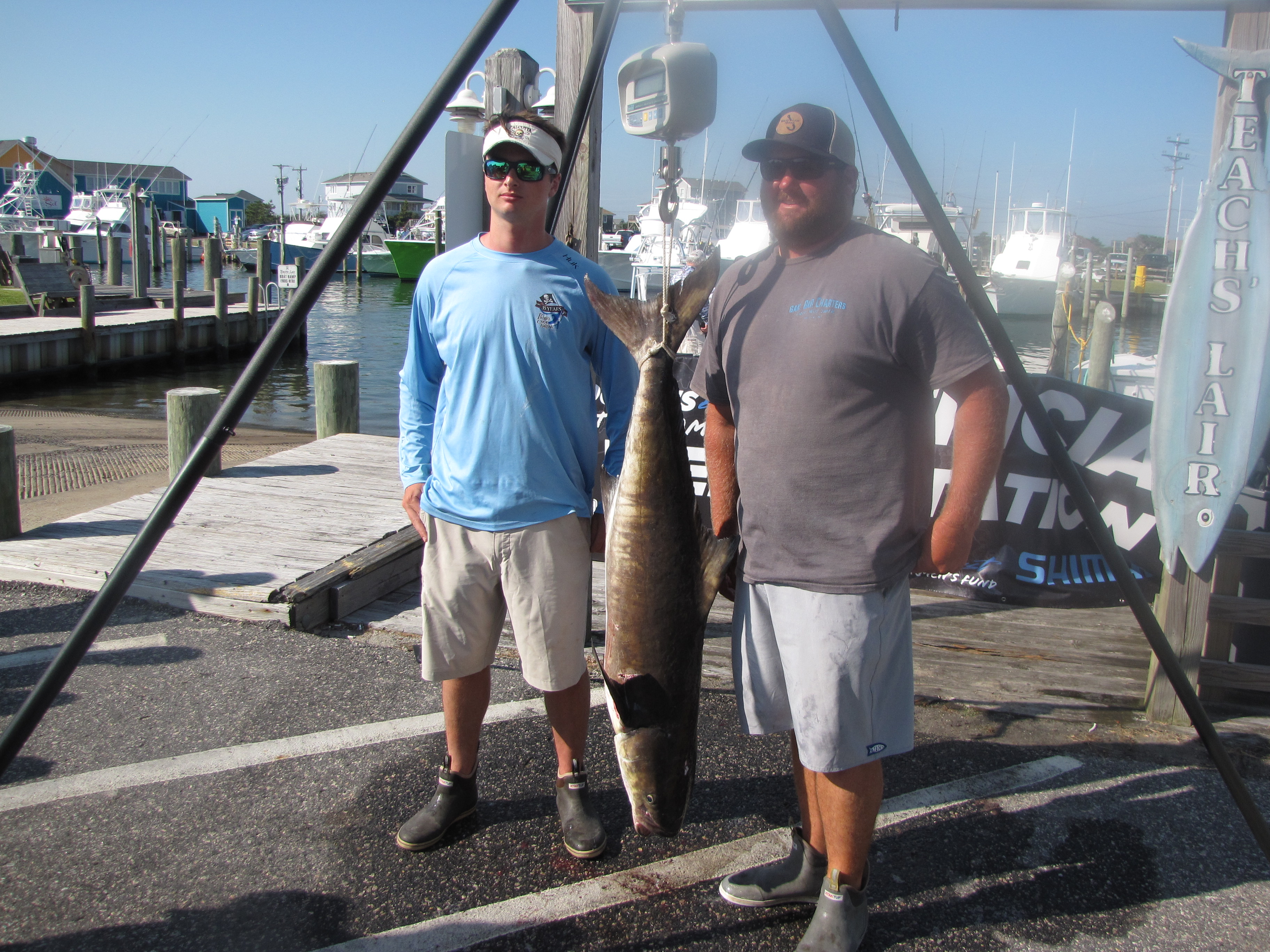 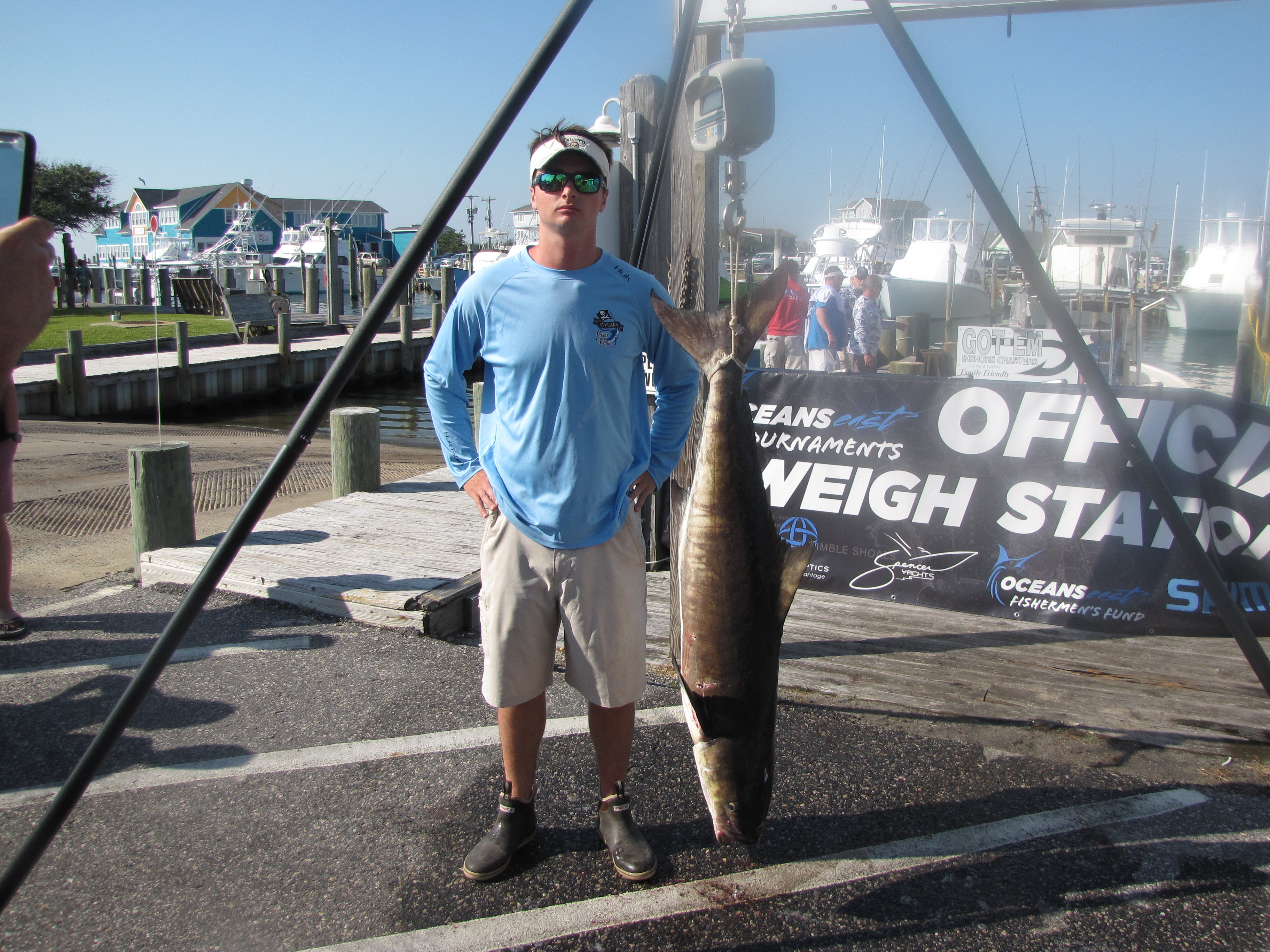 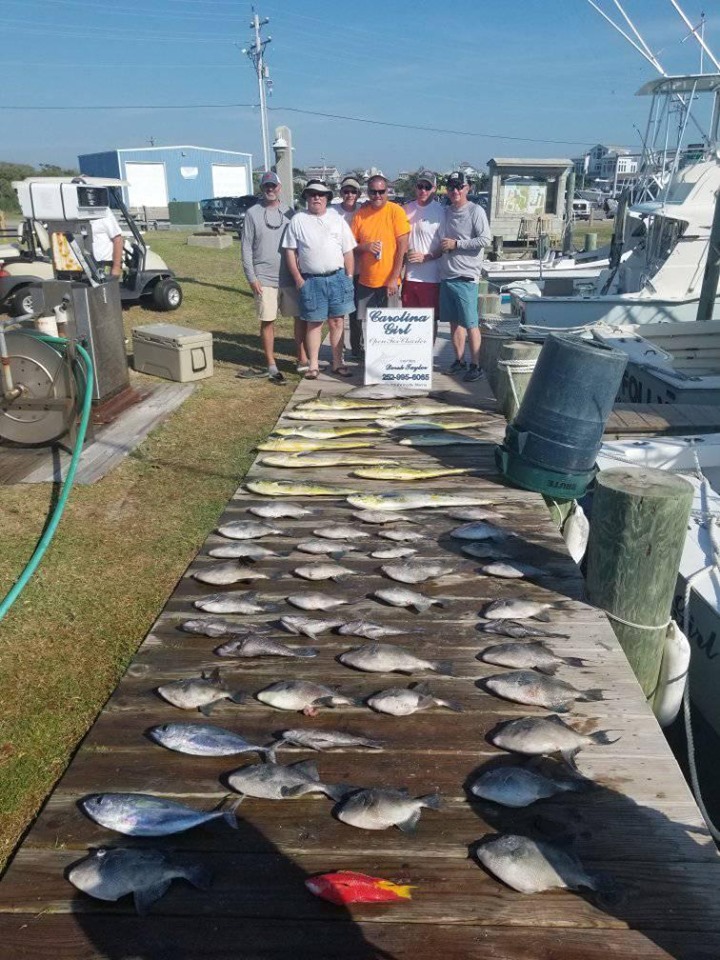 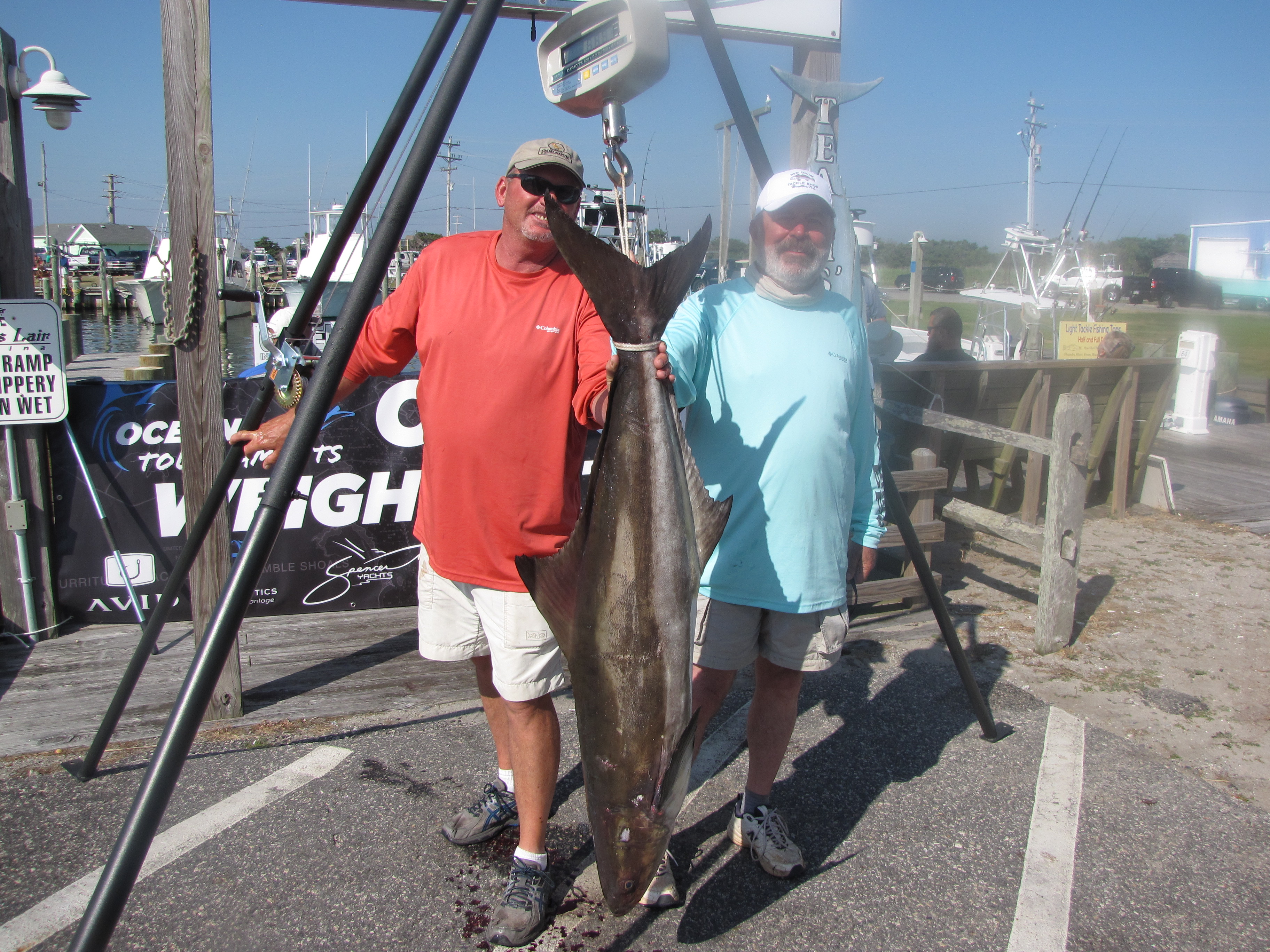 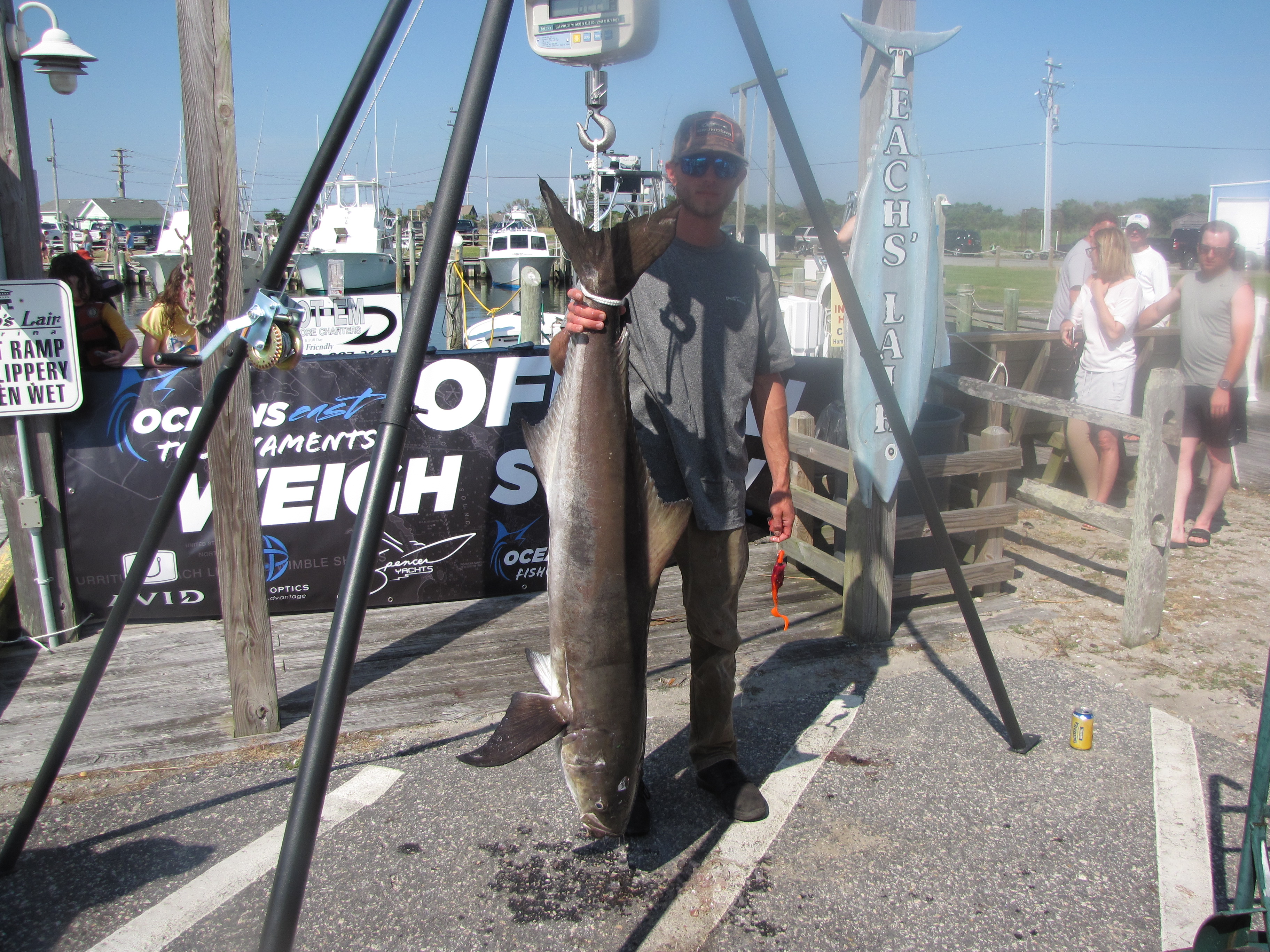 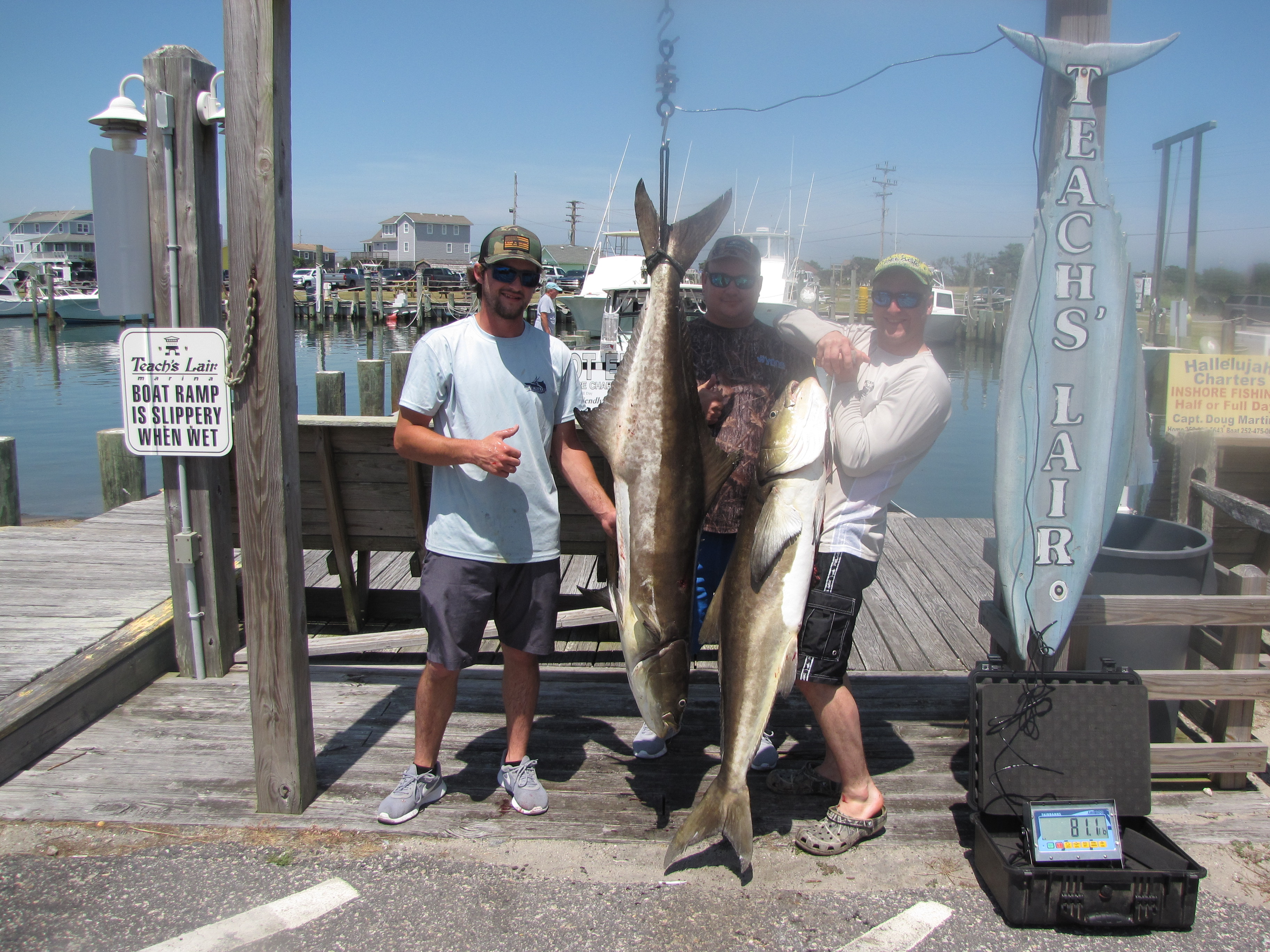 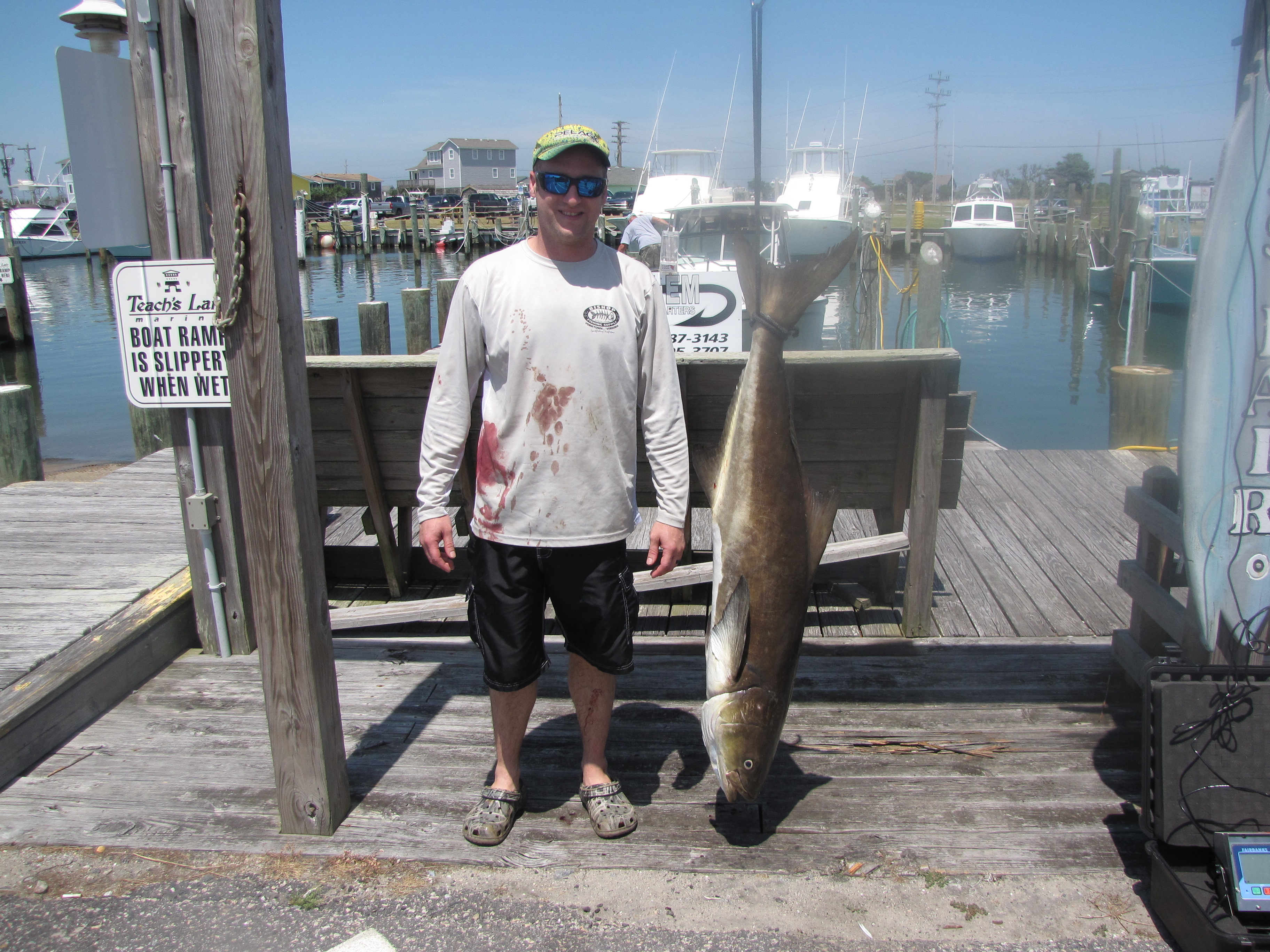 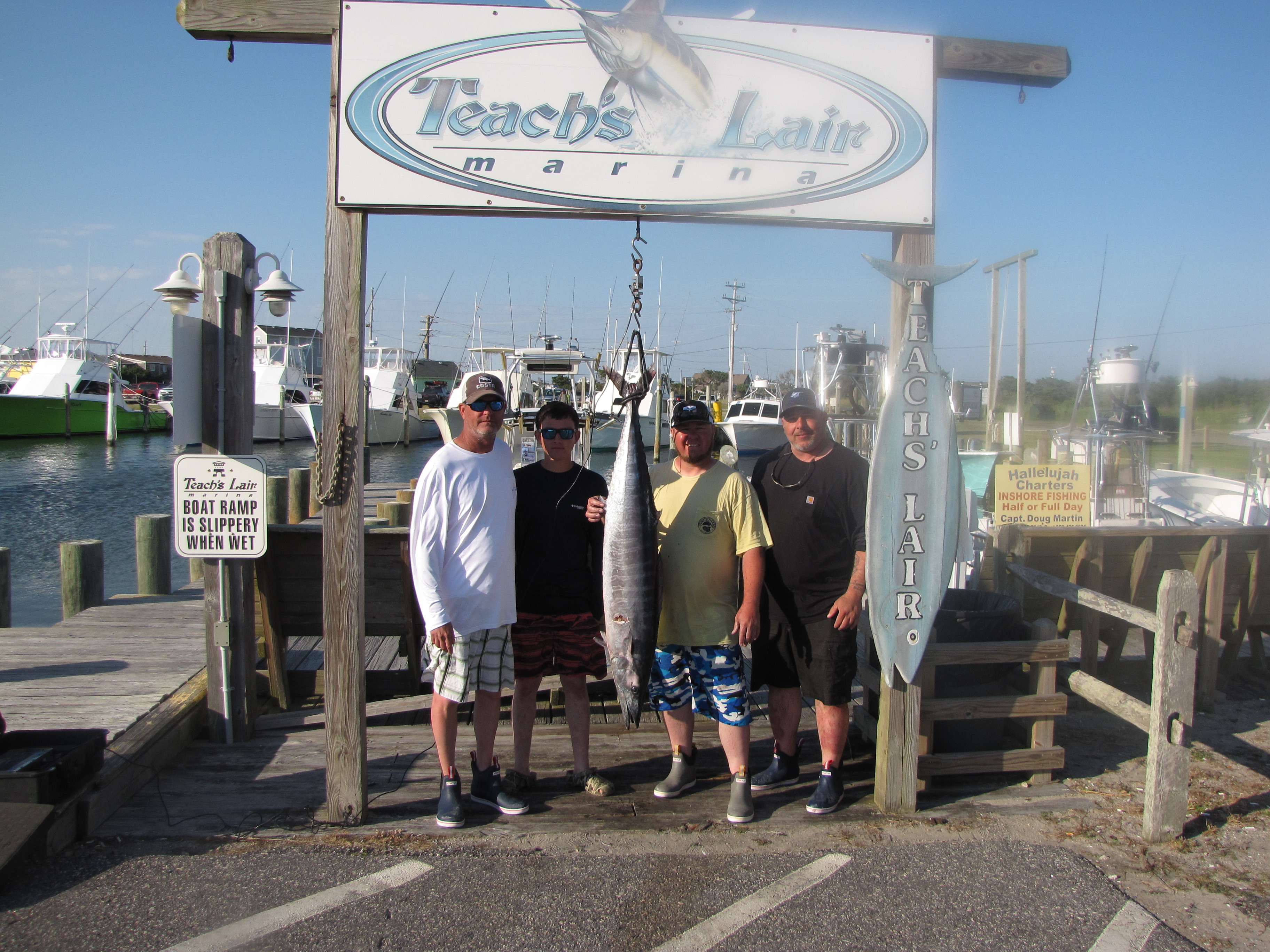