Well It's been awhile that I have been able to say that we are Firing on all Cylinders, well we are.  GREAT catches of Wahoo with Multiples on Most our Boats.   Wahoo's are an Exciting Fish to Catch and Just because ya hook one, does not mean it's coming to the Docks.  The Bite to Boat Ratio differs each day as these Toothy Critters are the Houdini of the Fishing World and they pull many Great Escapes.  There were a Few Sails some Grouper and the Barracuda's are Thick  as Stinky Thieves.....

InShore is a Broken Record in a Good Way, Everything all the Time should be their Motto because Son, They have been Killing It.  Drum, Trout, Flounder, Cobia, Sharks, Cudda's..  You name it they are on it.  The Pictures these Guys have been Taking look GREAT on our New Web Site.  Keep them Coming Folks.

Beach Fishing is SLOW with catches of Spanish and Blues on Metal.  Throughout the Middle of the Day has been VERY SLOW.  most the Action has been Daybreak and Sunset.  Pompano are still here ands so are the Sea Mullets.  A few Drum and Flounder Round out the Day off of Ramp 55.

Carlie Anderson of Boonsboro MD had a SailFish while fishing aboard the BlueFin..

Brett Boland of Mechanicsville Va had a SailFish while fishing aboard the Marlin Mania.

Lloyd Anderson of Easton Md had a 46 Pound Grouper while fishing aboard the Wasabi.

Michael Griffin of Suffolk Va had a 46 Inch Cuda while fishing aboard the Carolina Girl.

Anthony Kuklis of Williamsburg Va had 2 Drum a 43, 46 while fishing aboard the Hallelujah.

Garrett Schubert of Temple Tx had a 47 Inch Drum while fishing aboard the Hallelujah. 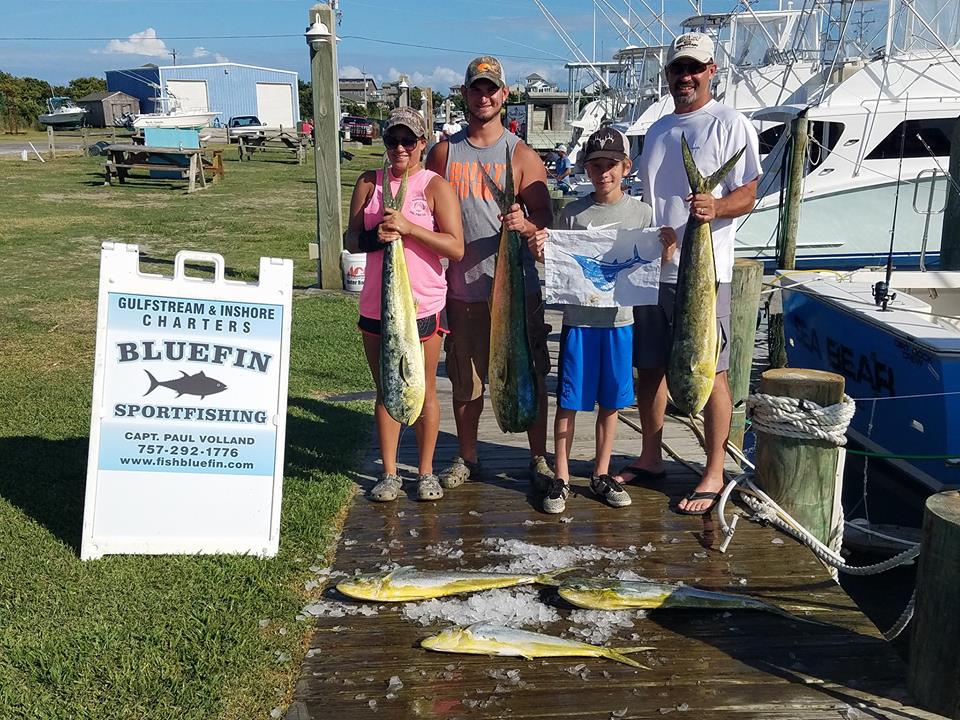 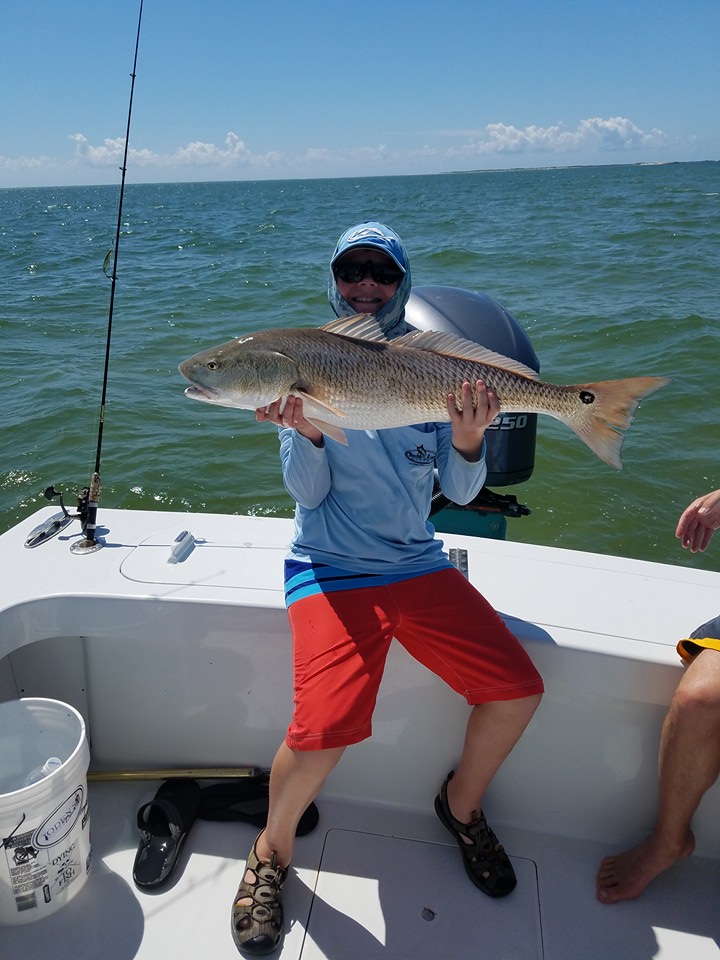 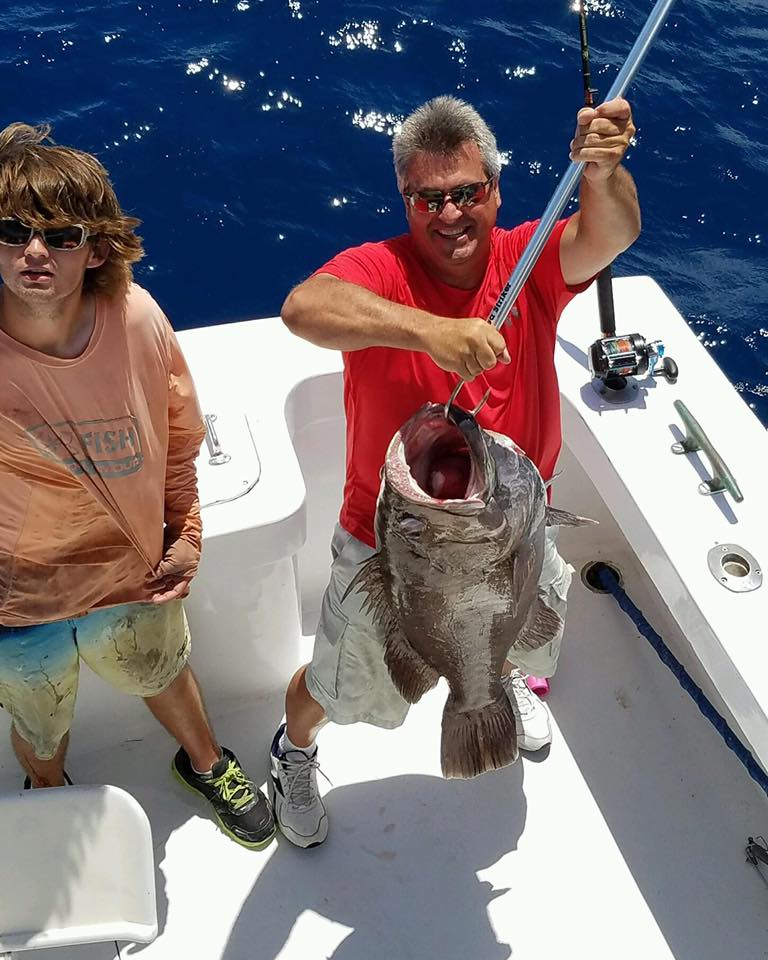 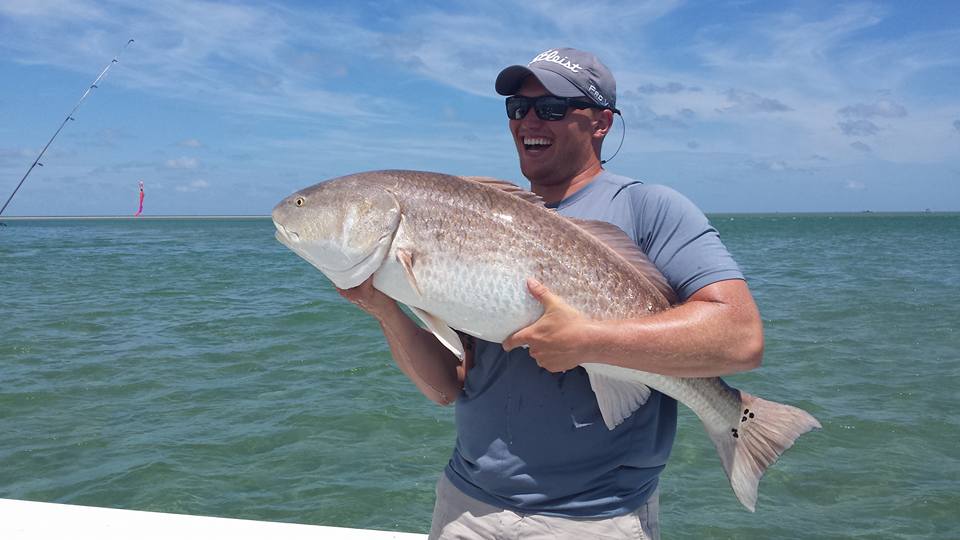 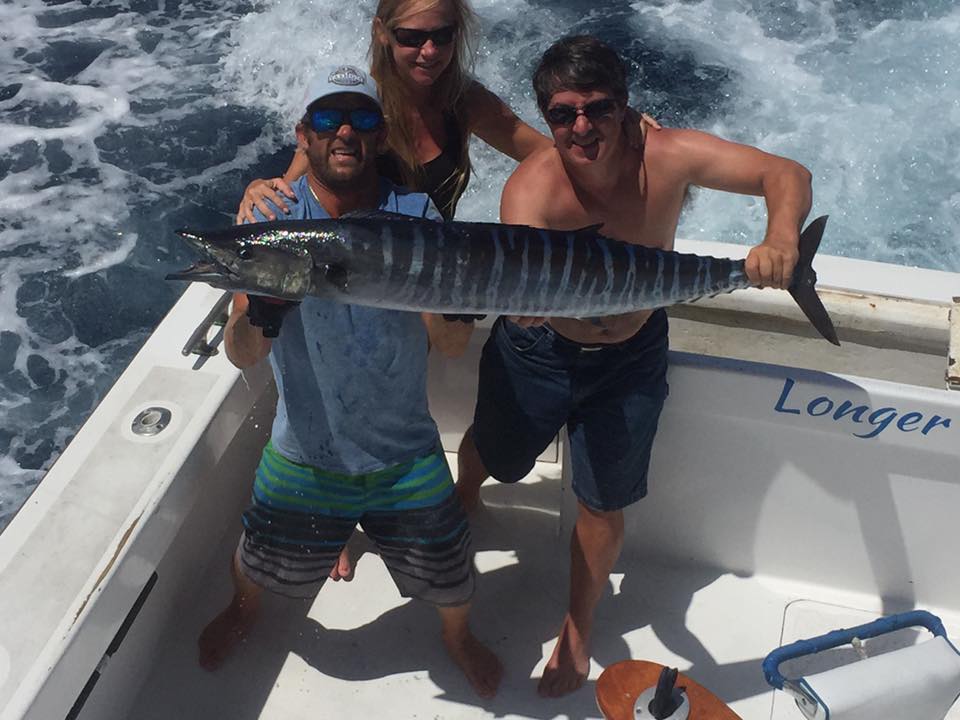 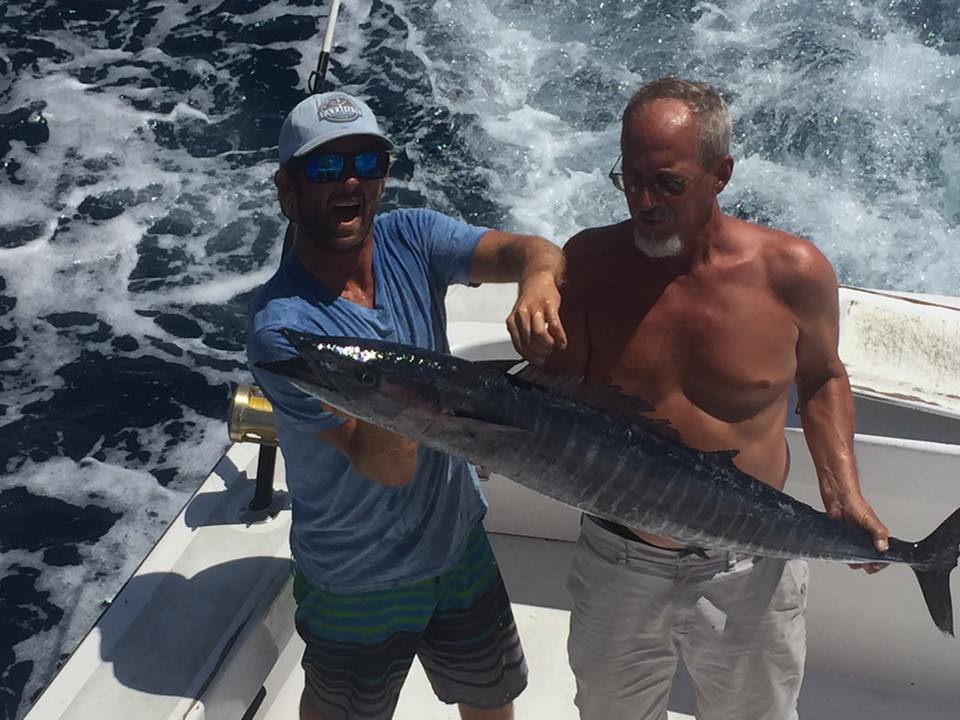 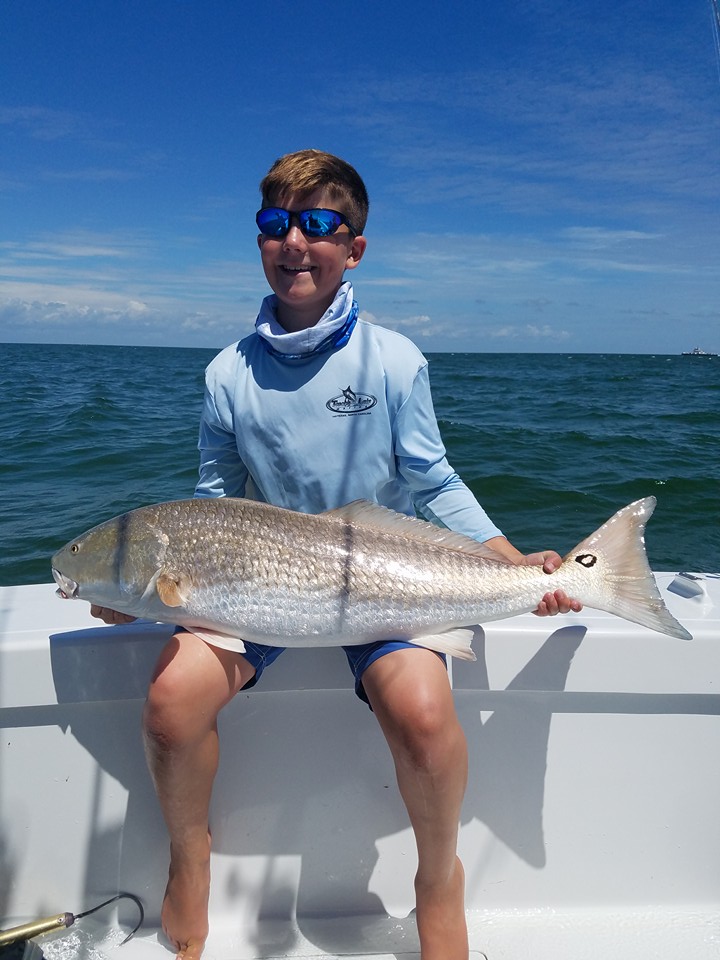 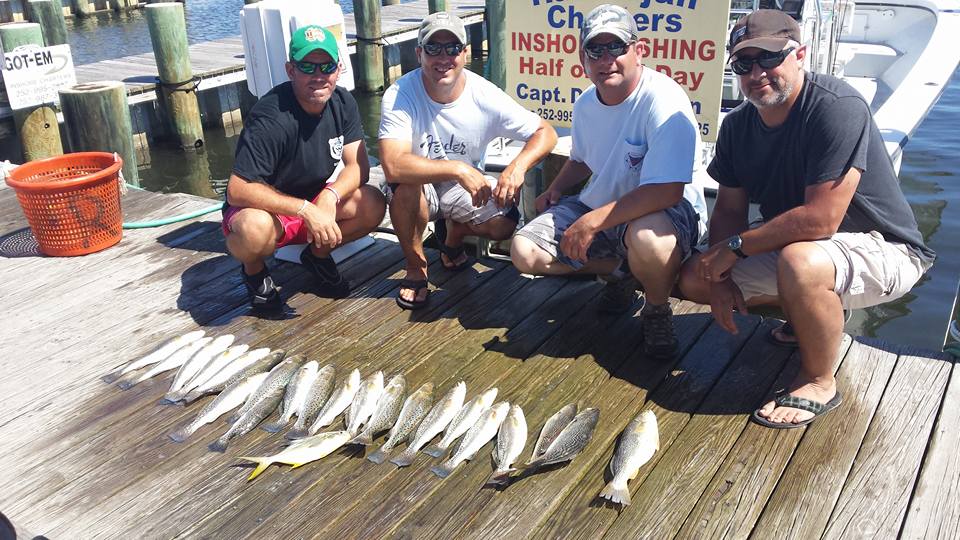 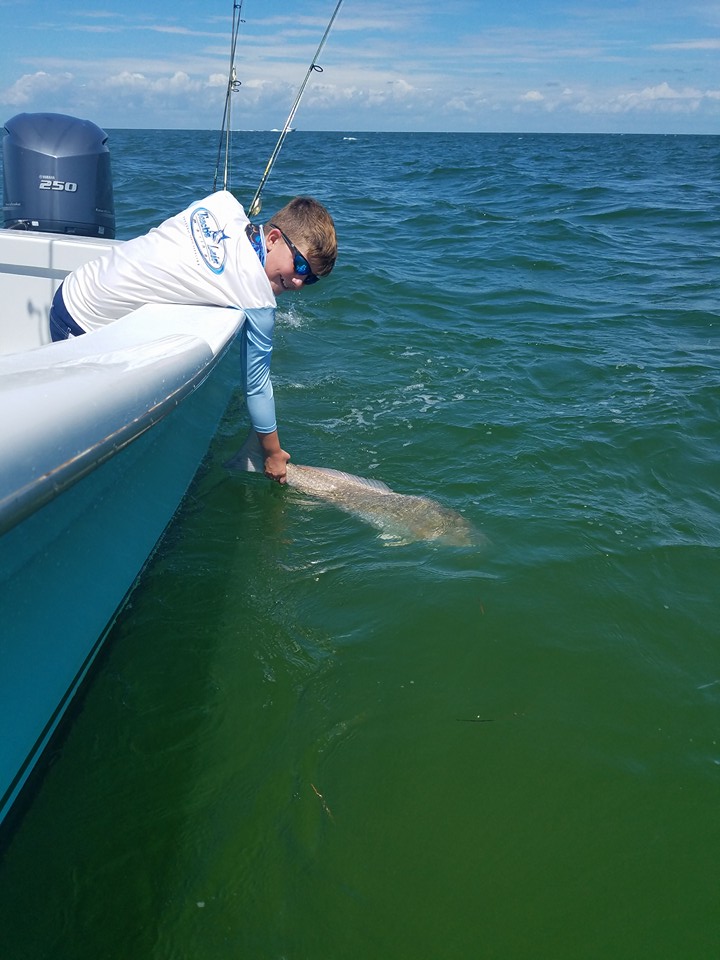 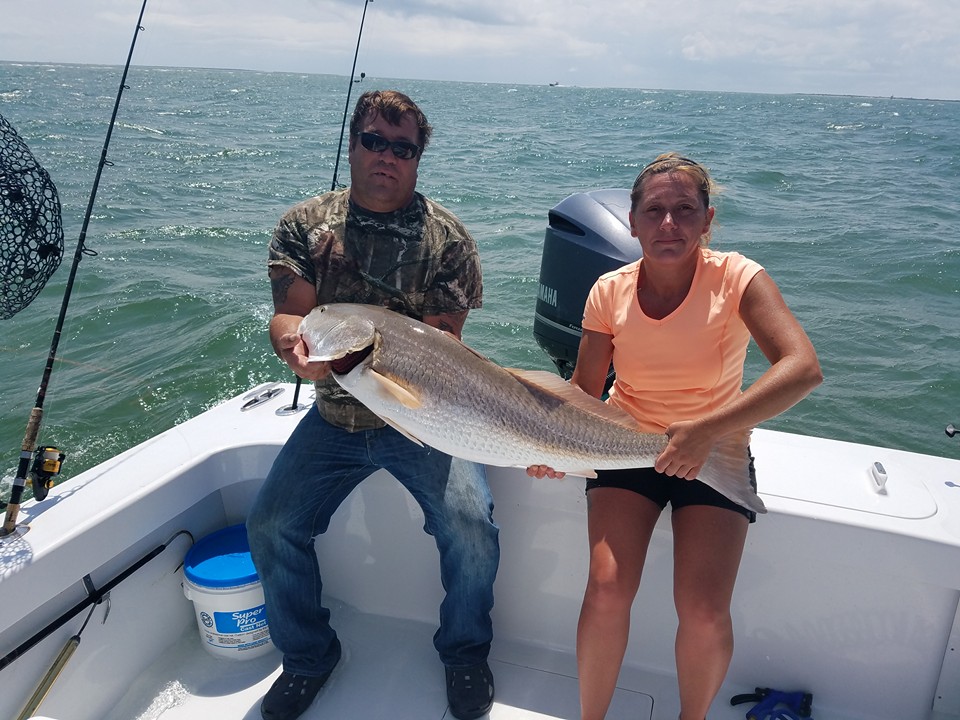 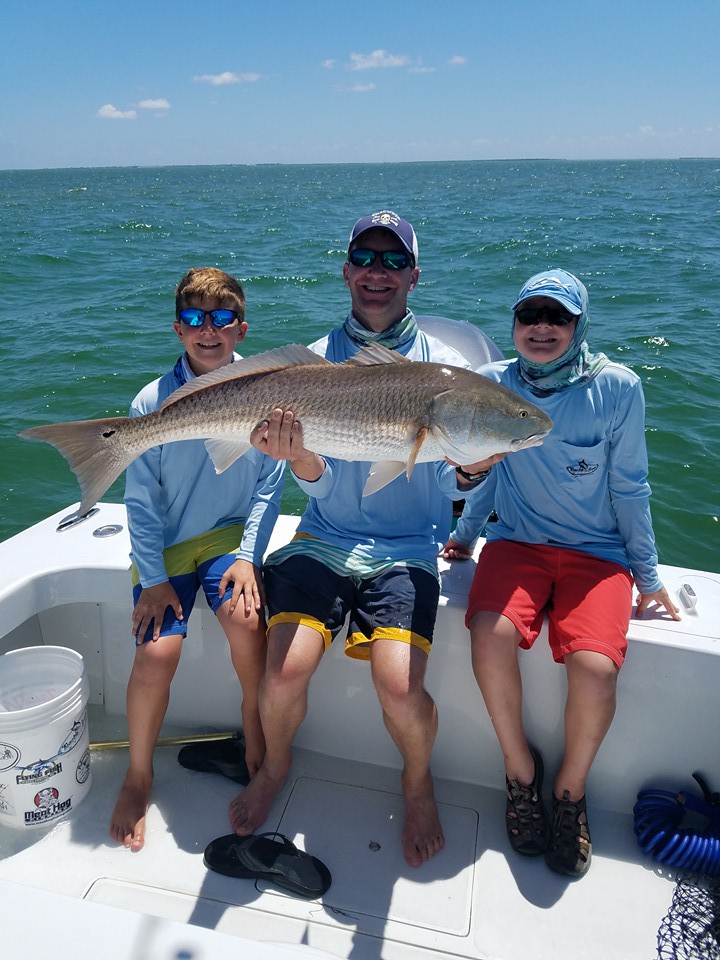 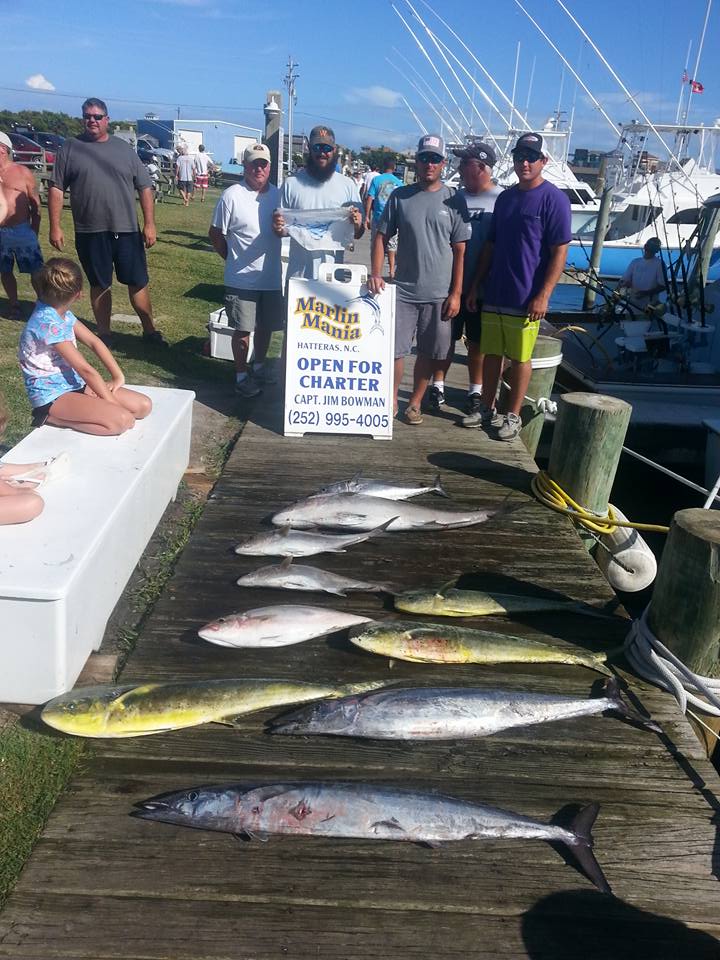 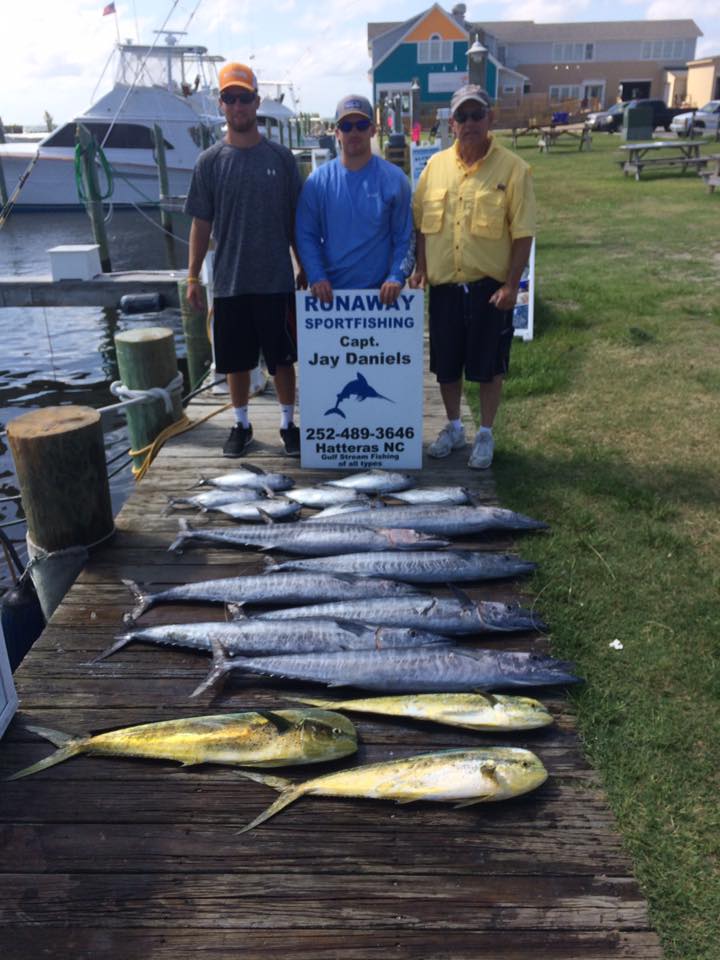 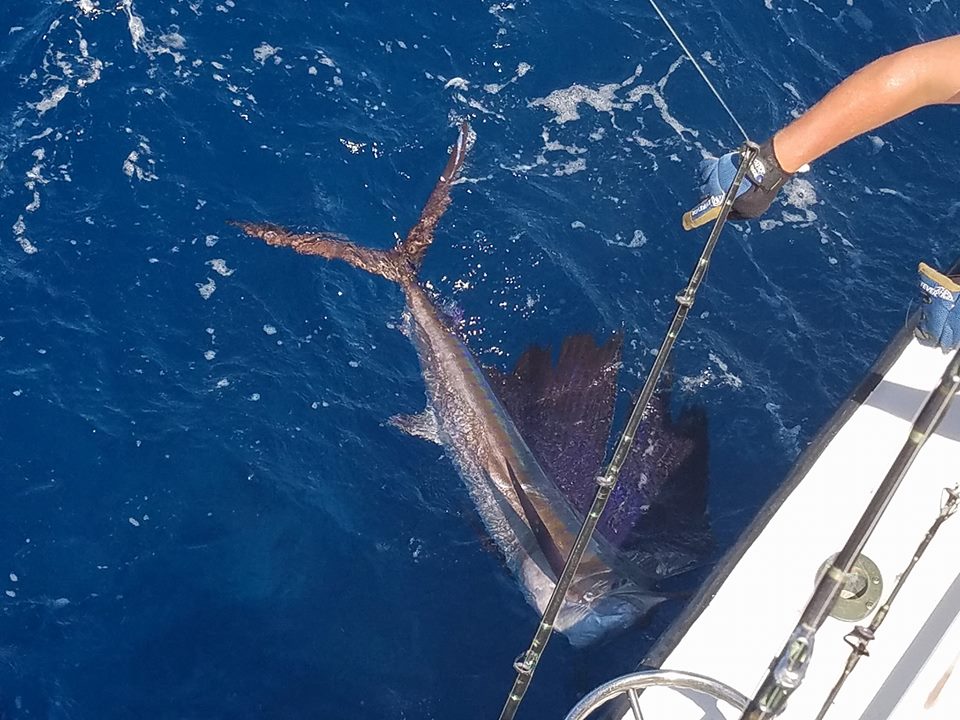 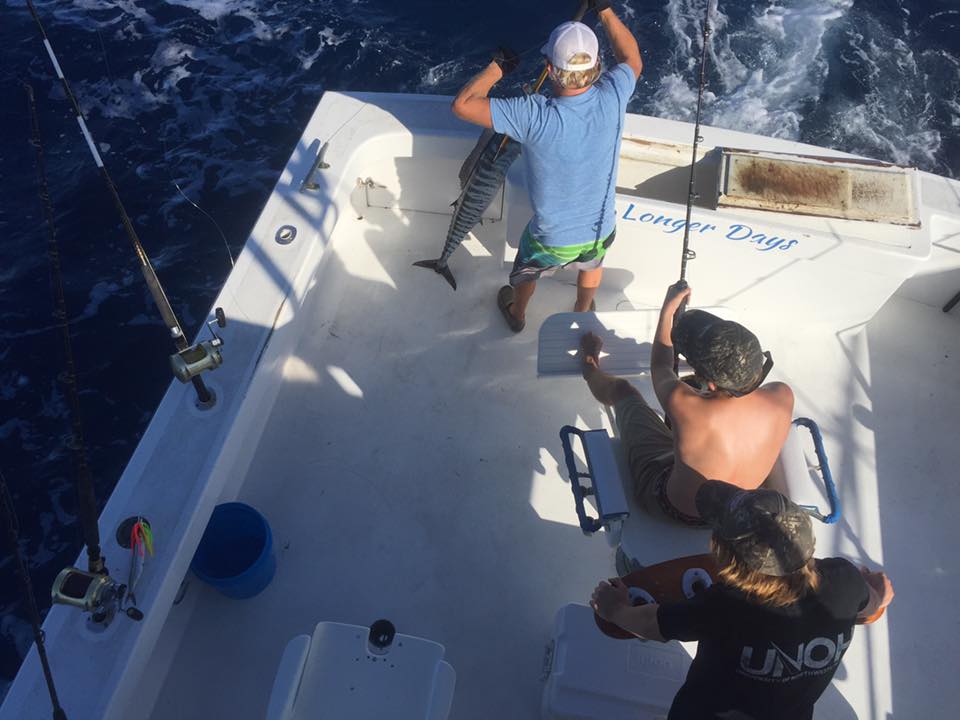 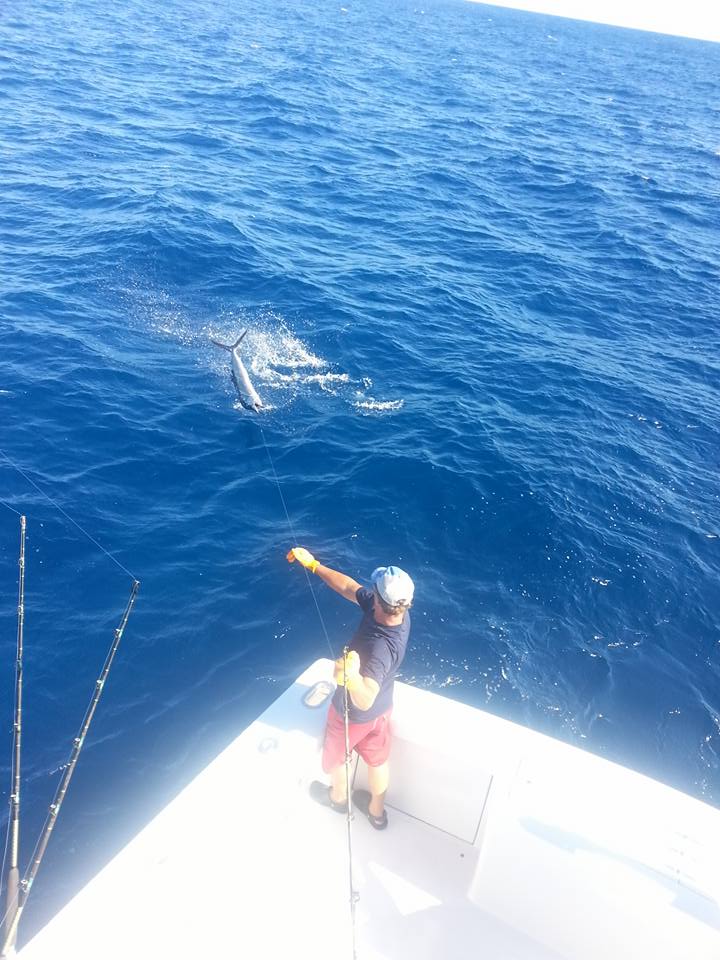 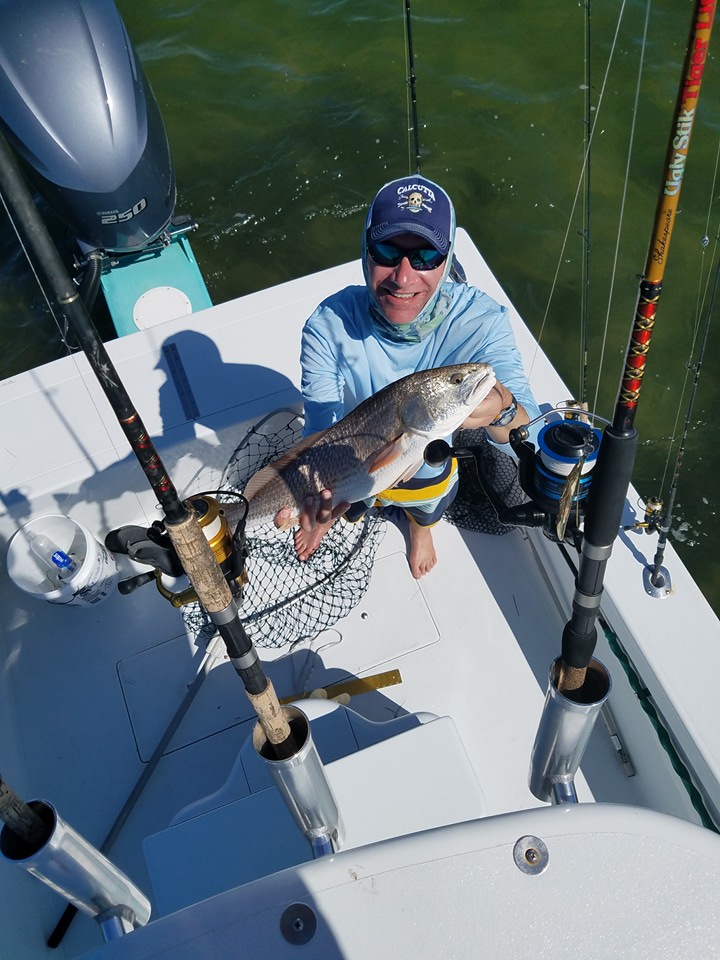 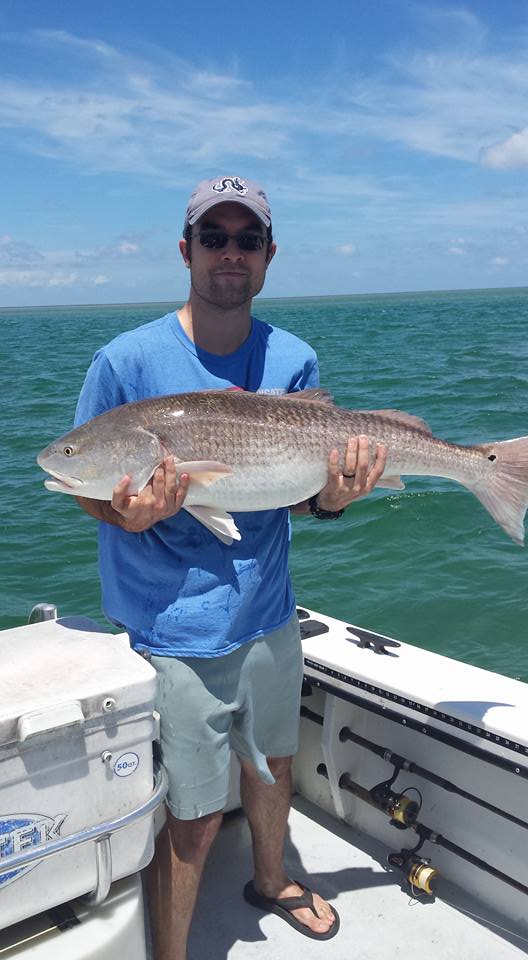 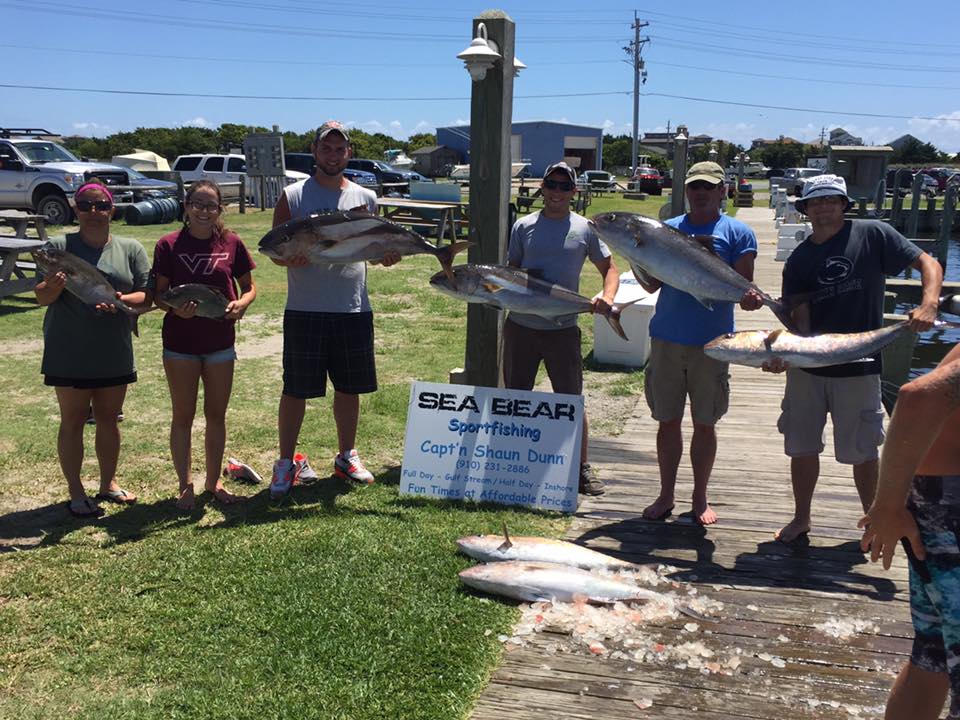