The Fleet has been Picking on the Wahoo's with a good amount of Consistency.  Multiples have been Coming back on Most of our Boats.  Remember 2  good Sized Wahoo will get you just as Much Meat as a Pile of Dolphin.  Plus it's way more Exciting to see a Wahoo Crash one of your trolled Baits at High Speed.  Besides the Wahoo's the Fleet was on the Sails too.  It was HOT HOT HOT but a Great Few Days on the Water.

InShore the Guys have been all over it, even with water temps approaching 90 degrees our InShore Fleet has been Hotter than the Weather with Drums of all Sizes, both types of Trout Blues and Spanish and Check this Cobia Still Here Still Being Caught.  A friend of Mine Chester has 24 so far this Summer, 10 on Saturday.  So come on in Get some Chum and Anchor up crack a cold one and Wait out Mr. Cobia.

Beach Fishing Picked up with DayTime Spanish and Blues Bites on our  Exclusive  Broke Back ES Lures.  We have been Selling /Using  ES Lures for Years and they Flat out Catch. Now over the Winter The Mad Scientist and President of ES Lures Bob Anderson asked what I thought about a Jointed or "Broke Back" Lure I said BRING IT ON.  Well we have been Testing with our InShore Charter Boat Fleet and I have been Doing a little RnD on the Beach. Guess What ?  They OUT CATCH the One Piece Jobs.  I have a Theory:  When Trolling  lures from a Boat or Cranking them in from the Beach the Fish are enticed by the Bubble Trail.  That is Why you should never use a Swivel from the Beach because the Swivel can create a bubble trail and the Spanish will Bite the Lure Off.  If you Move the Bubble Trail to the Back of the Lure, Spanish and Blues are predatory fish, they attack from behind.  Not to Mention the Movement of the Lure because of the Broke Back.   These Lures are as HOT as the Weather has been and Right now we are the Only Shop With them.  So Come jump on the New Wave of Spanish and Blue Lure, you won't be Sorry You Did.  I put in a Photo of One of the (I lost Count of how Many) Spanish I caught from the Beach, Mid-day on the Hatteras Village Beaches.
Pompano and Sea Mullets are Still around and Flounder and Drum can be had as well.

Stop on by and See Us and get yourself a Broke Back ES Lure and Catch a Dream!!!!!

Heather Reichstetter of Mechanicsville Va had a 22 pound BlackFin Tuna while fishing aboard the Marlin Mania.

Curt Reichstetter of Mechanicsville Va had a SailFish while fishing aboard the Marlin Mania.

Jacob Torna of Belchertown Ma had a Sail While fishing aboard the Harpers Folly.

Robert Urick of Markham Va had a Sail while fishing aboard the Runaway.

Ryan Smith of Raleigh NC had a Sail while fishing aboard the Original Carolina Girl.. 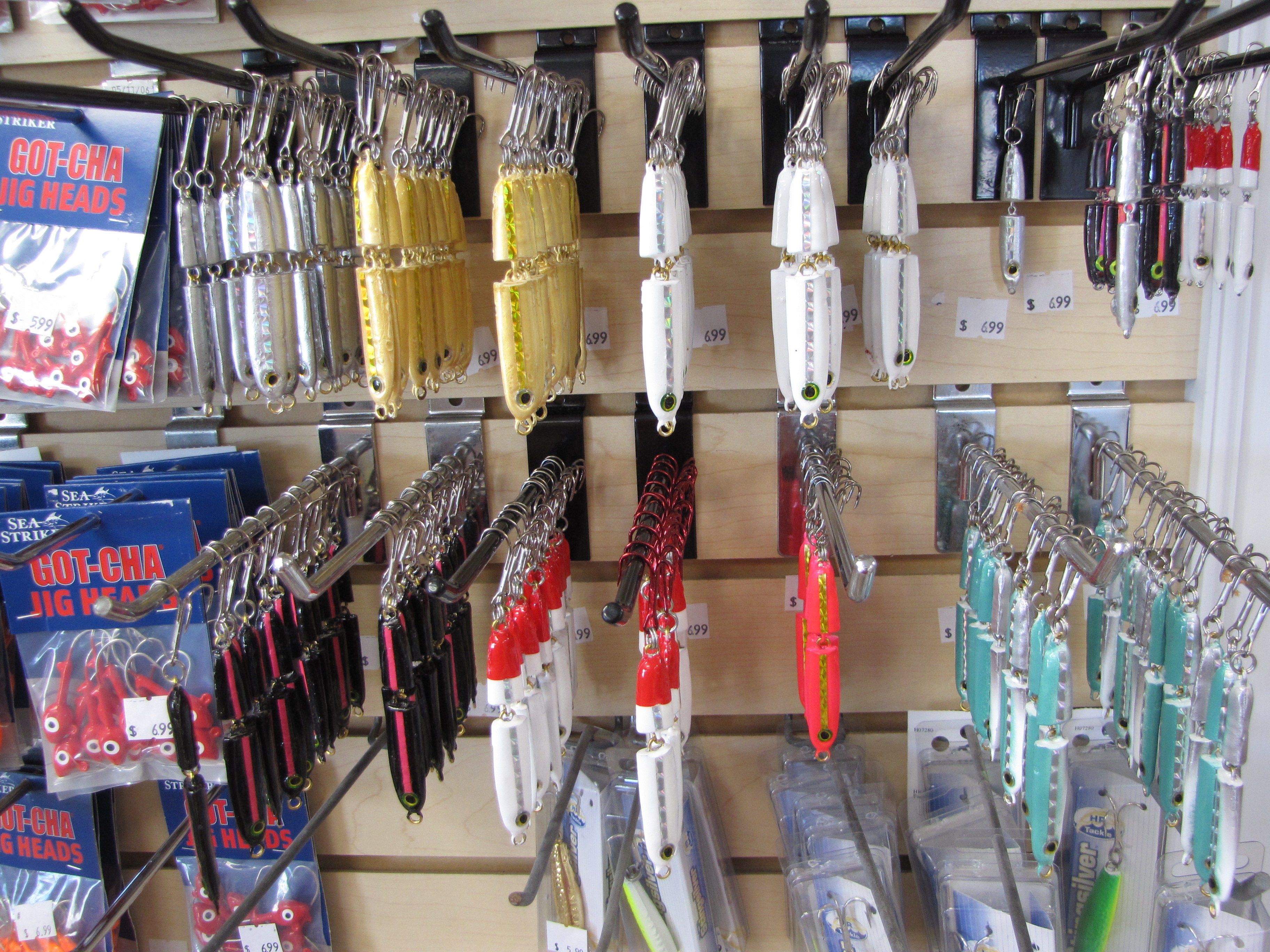 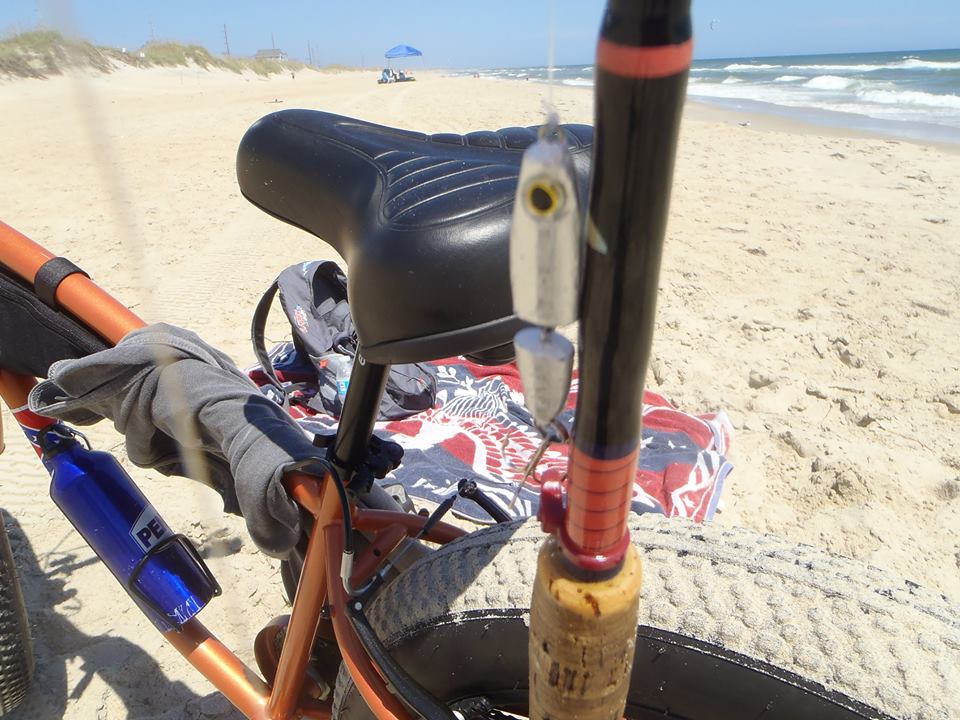 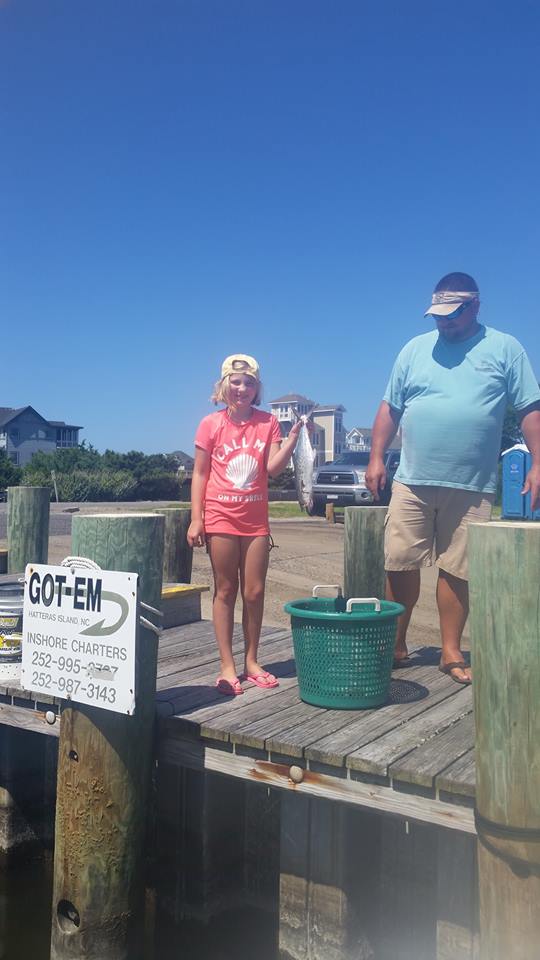 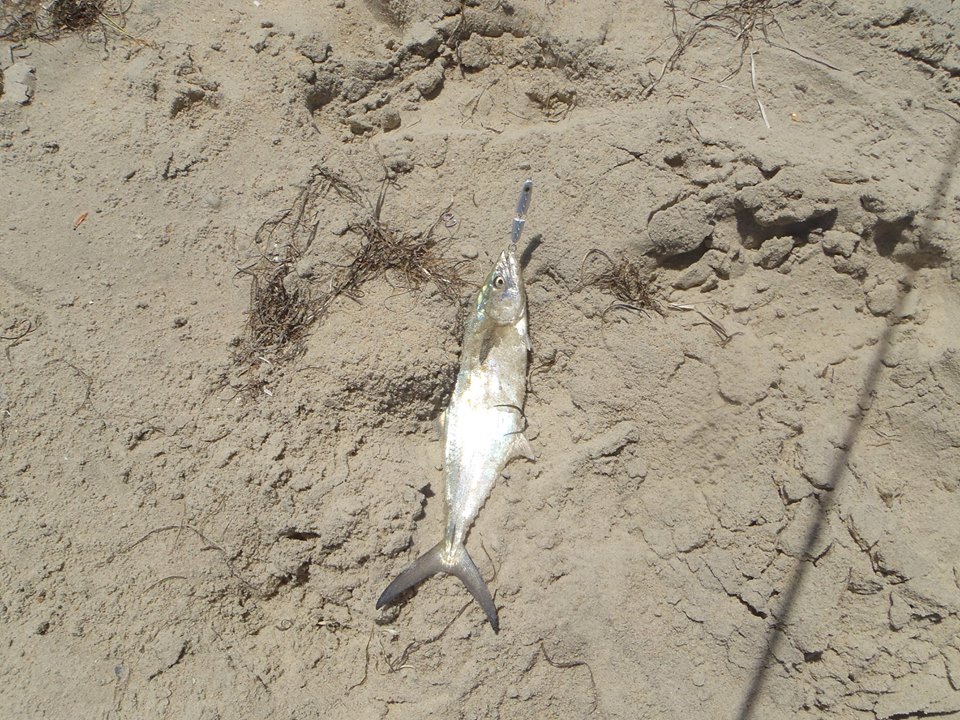 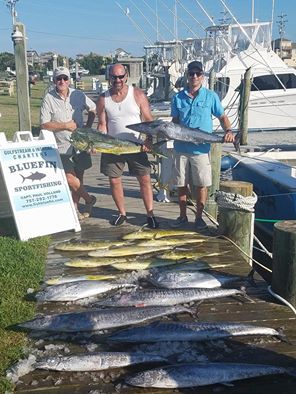 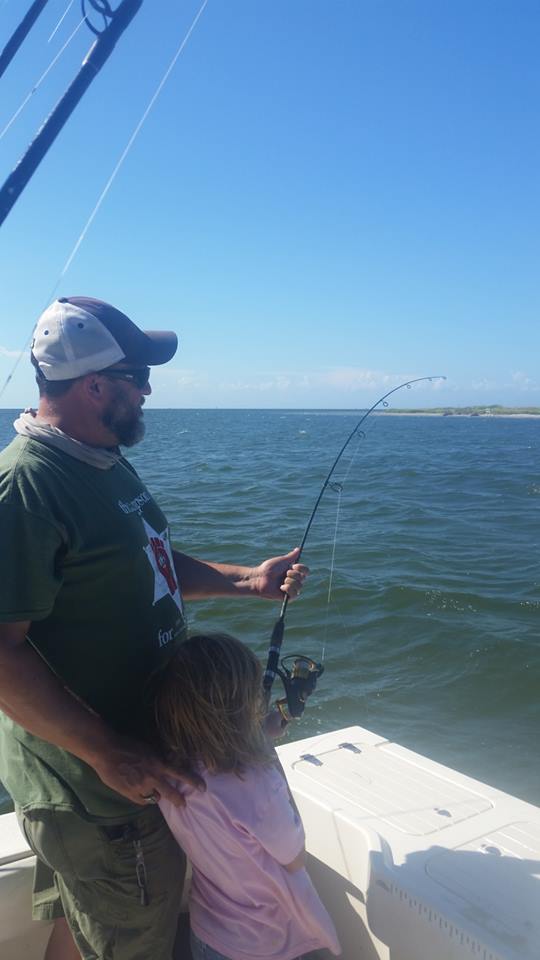 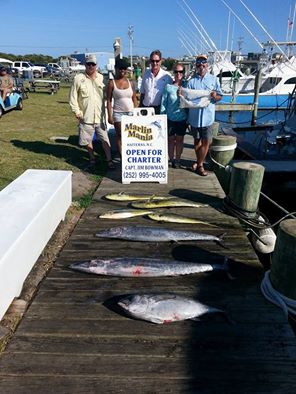 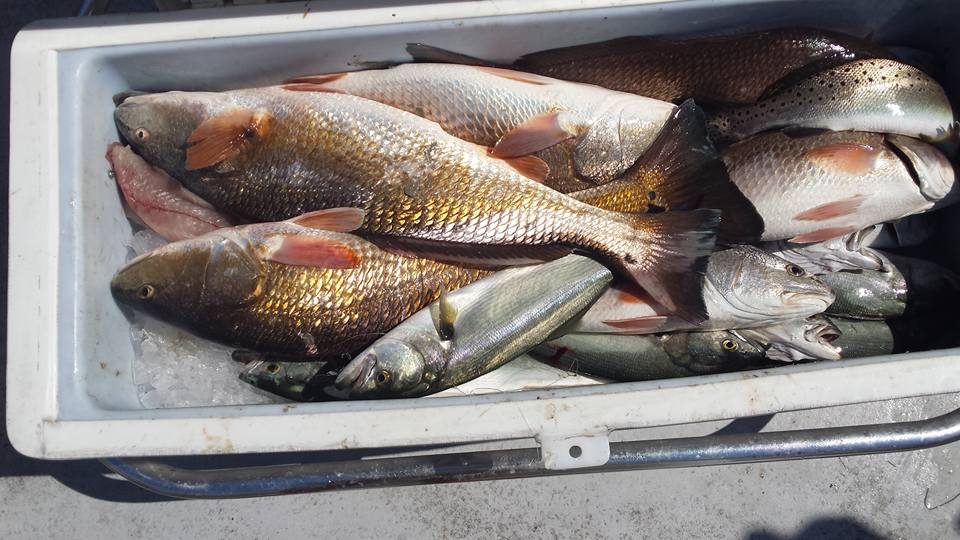 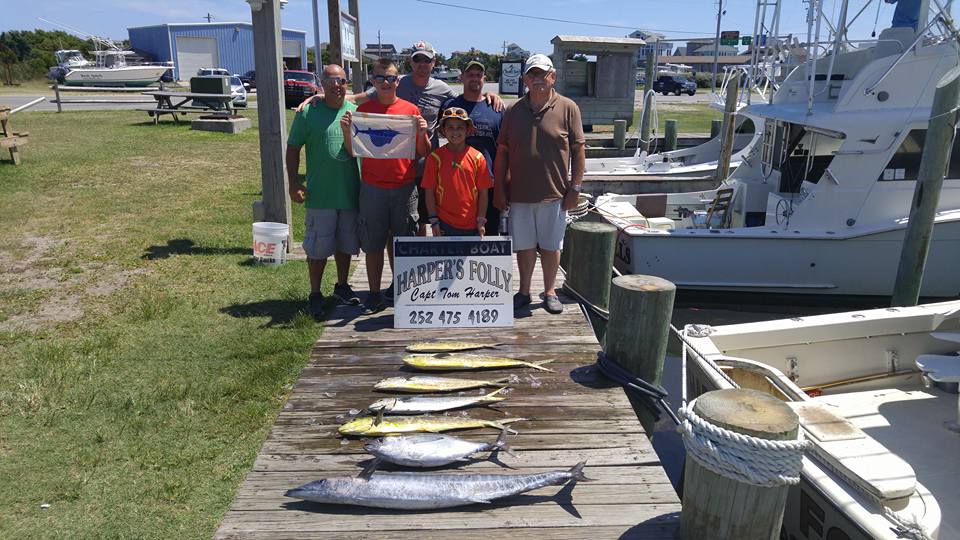 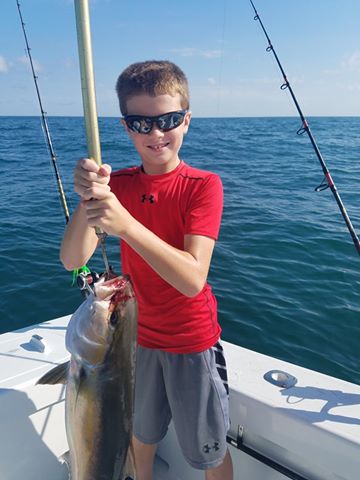 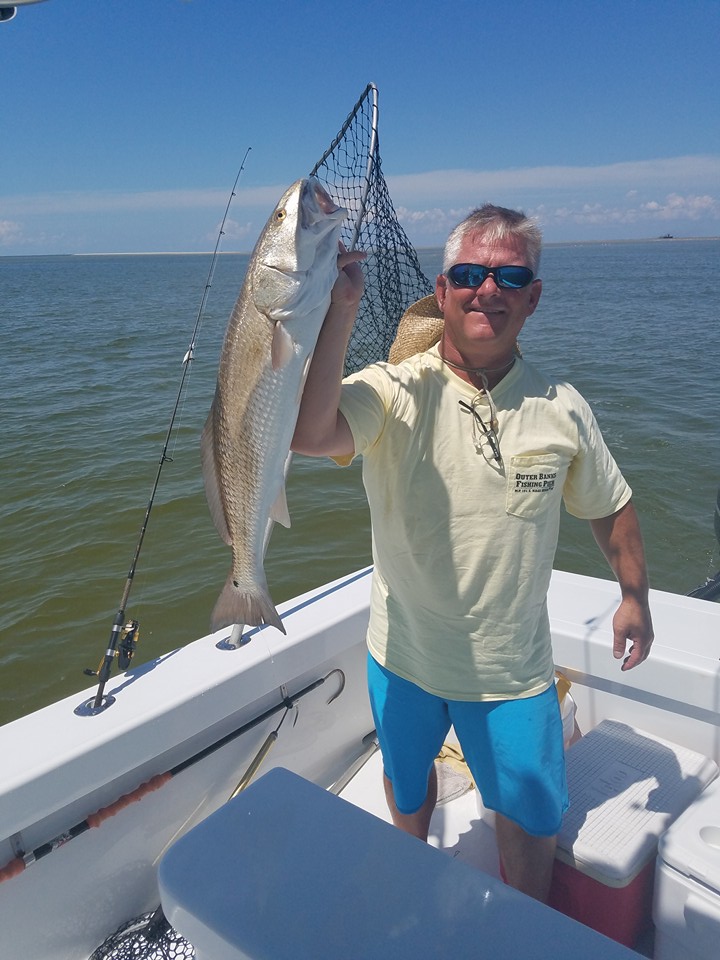 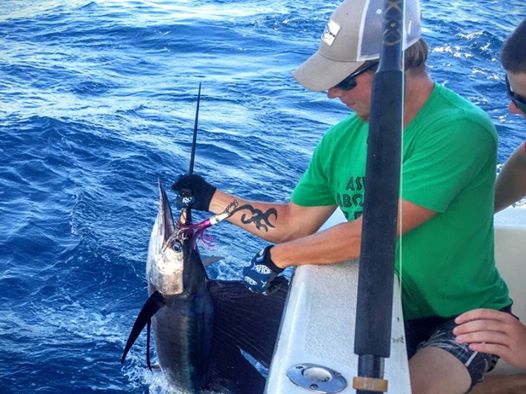 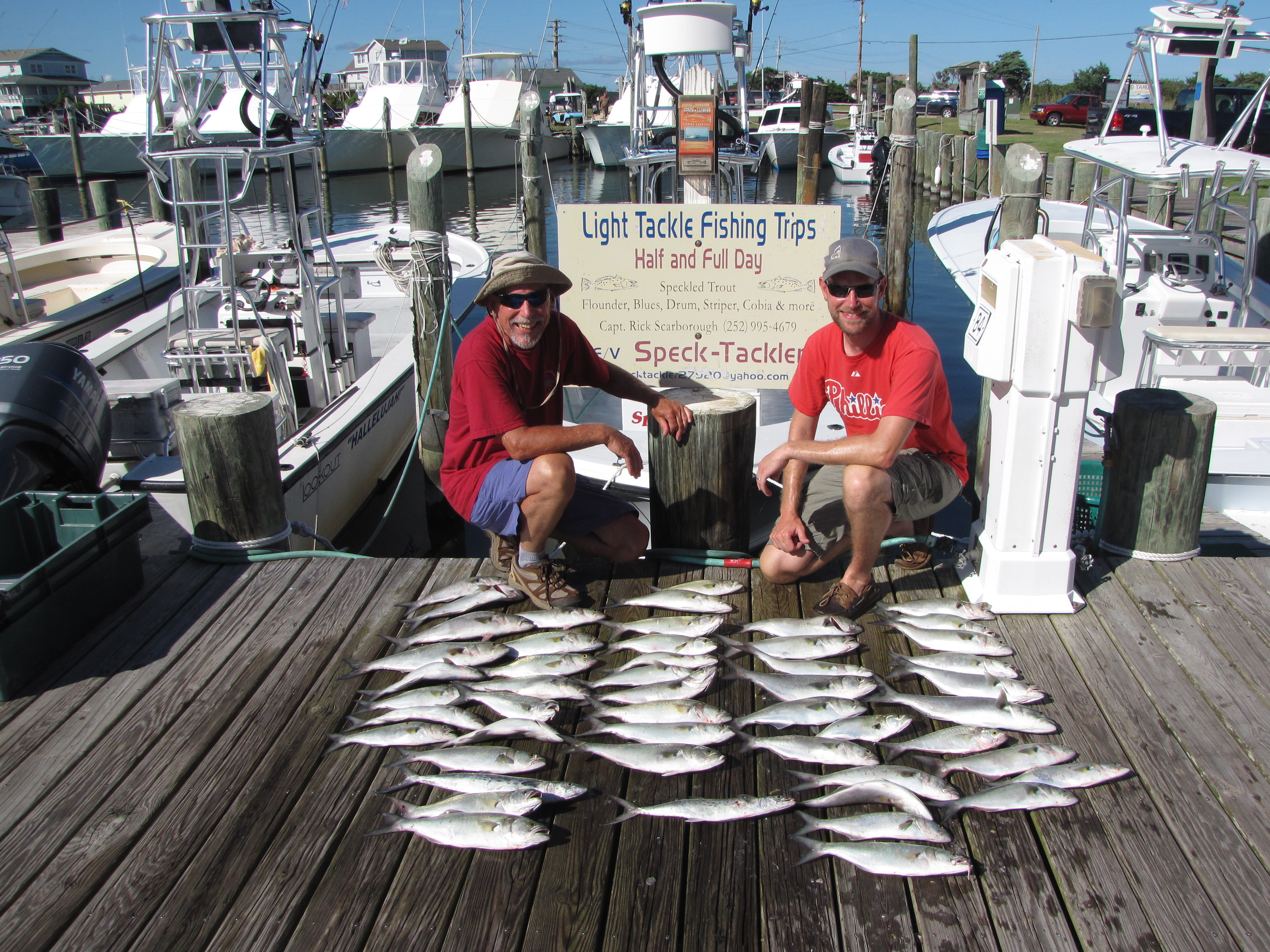