Welcome back! The Fish are here once the weather passes!

Hey guys, The weather sure hasn't wanted to cooperate with us this week unfortunately. But, there are fish to catch and the fishing was on fire before it and should be afterwards.  With a cooler spring some things have been showing a little later than recent years.  Inshore the Cobia have shown up.  The good news is they haven't been here long and there have been some smaller ones. With that being said there are some nice fish around and I don't think we have seen the best of it by any means  it should only get better.  The Drum fishing has continued to be good when the conditions are right to get them chewing.  Spanish Macks and Bluefish have been thick up and down the beach from the surfline out.  I have seen some days from the beach when you could've walked on the blues.  We were able to throw some smaller topwater from the surf and have some fun with them.  Speckled Trout fishing is heating up... I suspect they have been there, there just hasn't been the coverage yet to get good reports.  I have heard of some fish over 6 pounds on rod and reel!!!  I've also heard of a sign of some Puppy Drum in the sound, fingers crossed that those guys stick around this year.

OFFSHORE FISHING.  When I was mating people asked me if I were to book a charter when would it be?  Its really hard to beat May and June around here.  Some of our best fishing happens this time of year!  There's been a great sign of Tunas around up to this point!  It been great to see some Yellowfins around. Hopefully they stick around for a while.  The Dolphin fishing is heating up right on schedule too!!!  There's been a really good sign on Blue Marlins around leading up to the Tropical system. I'm ready to get out there after some of those guys...

Ready to get past this weather and see all of your faces! Lets go Fishin!!!

A BIG congratulations to Paul on the Bluefin on his Wahoo last week one of the bigger ones you'll ever see! 127 pounds!!! 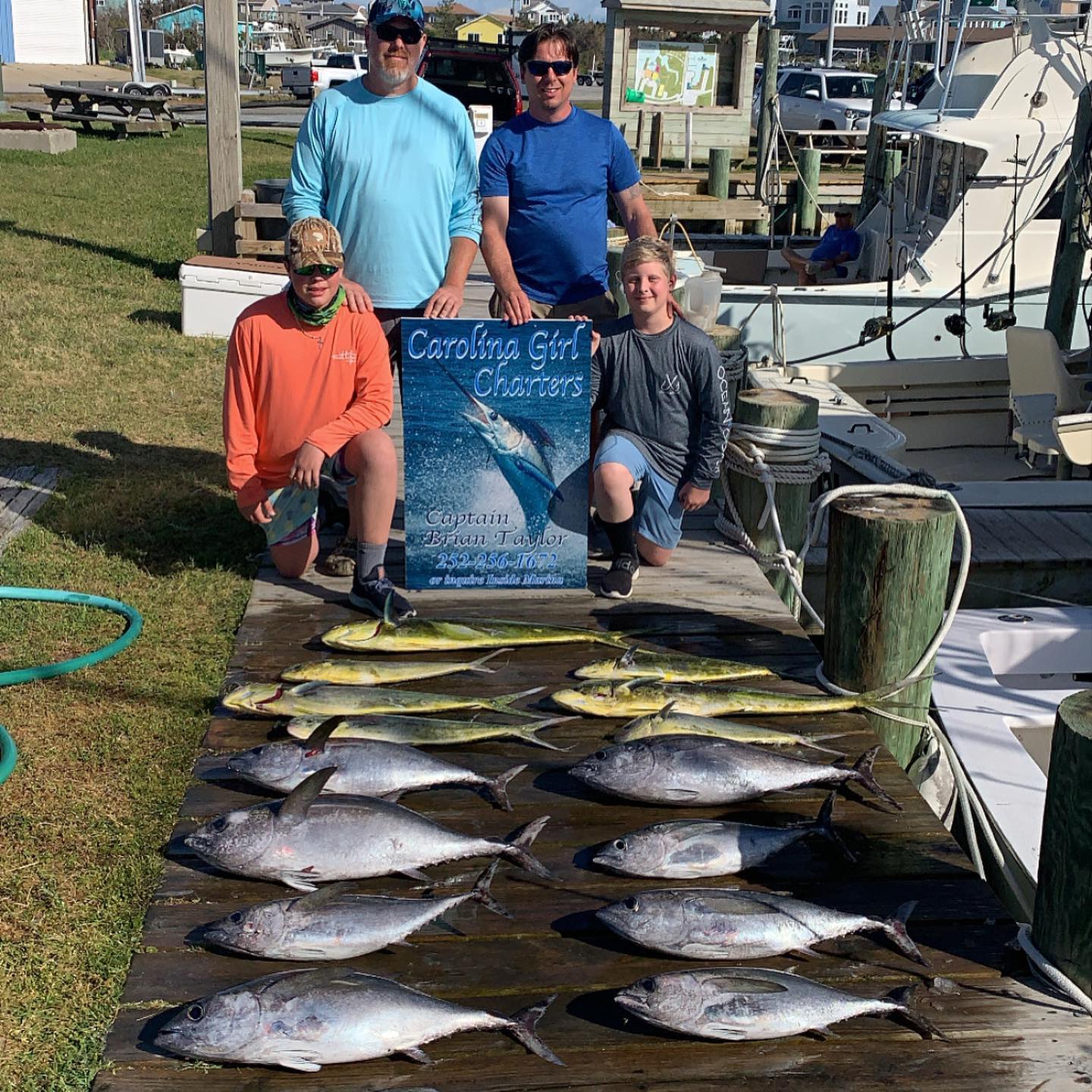 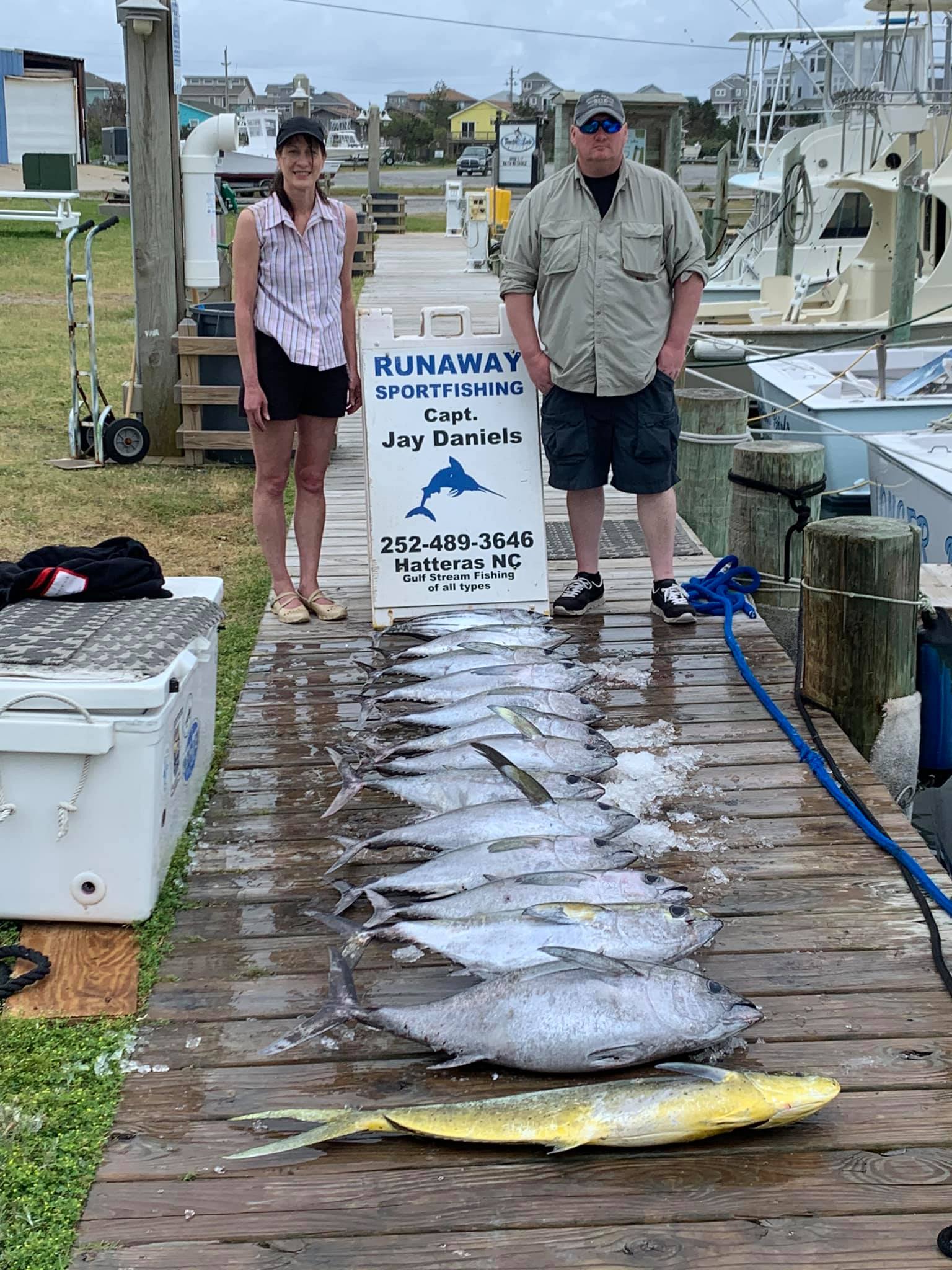 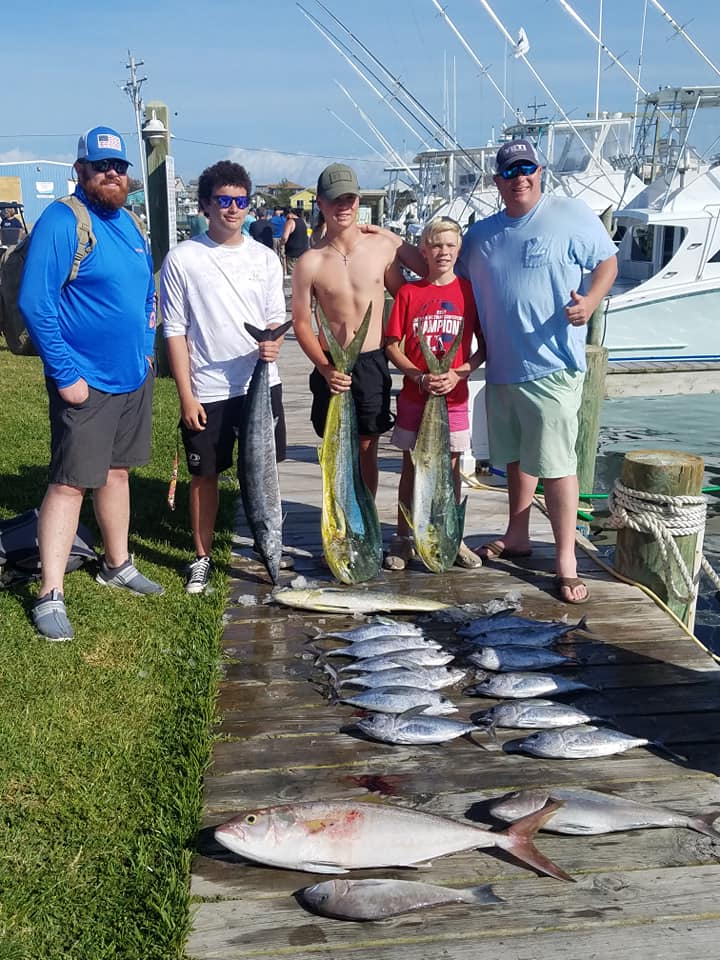 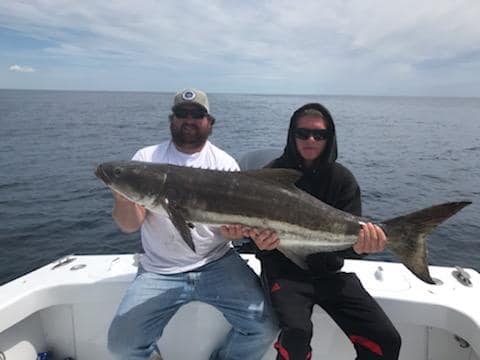 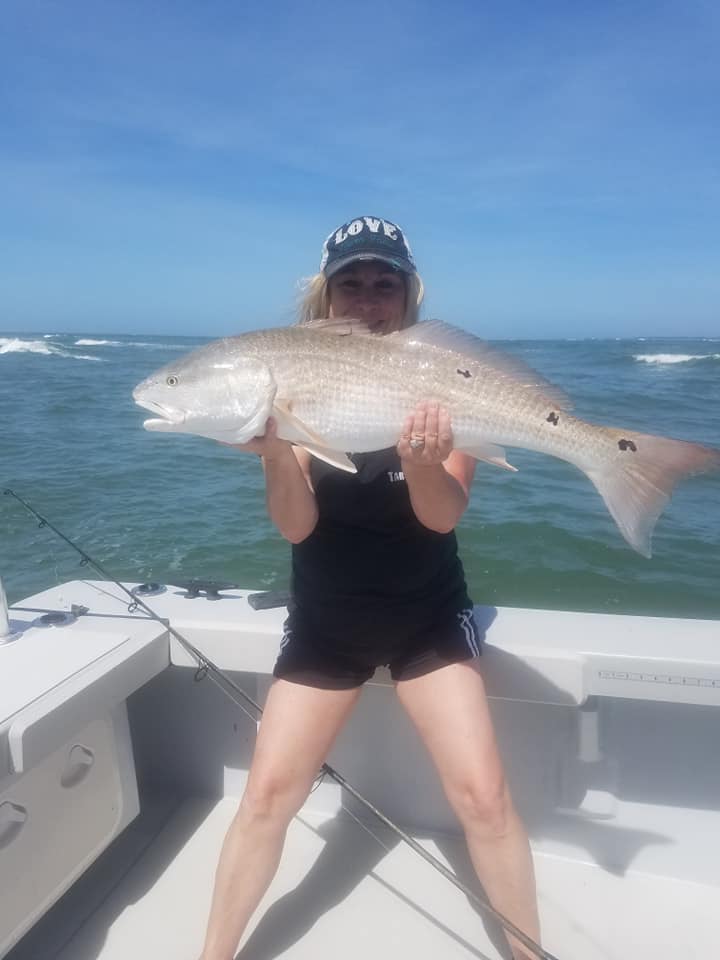 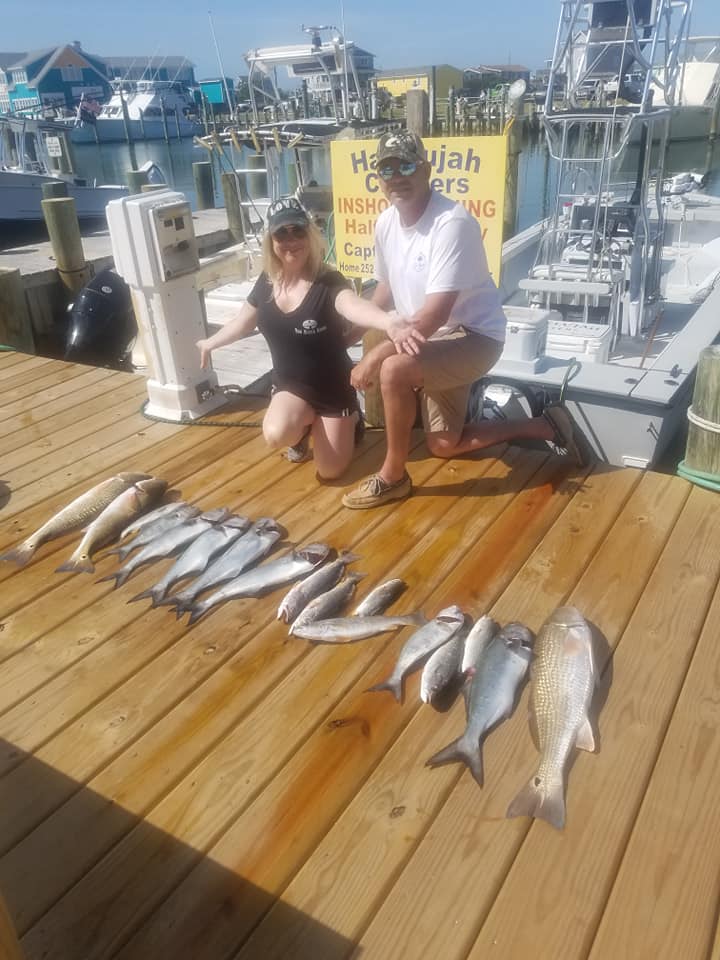 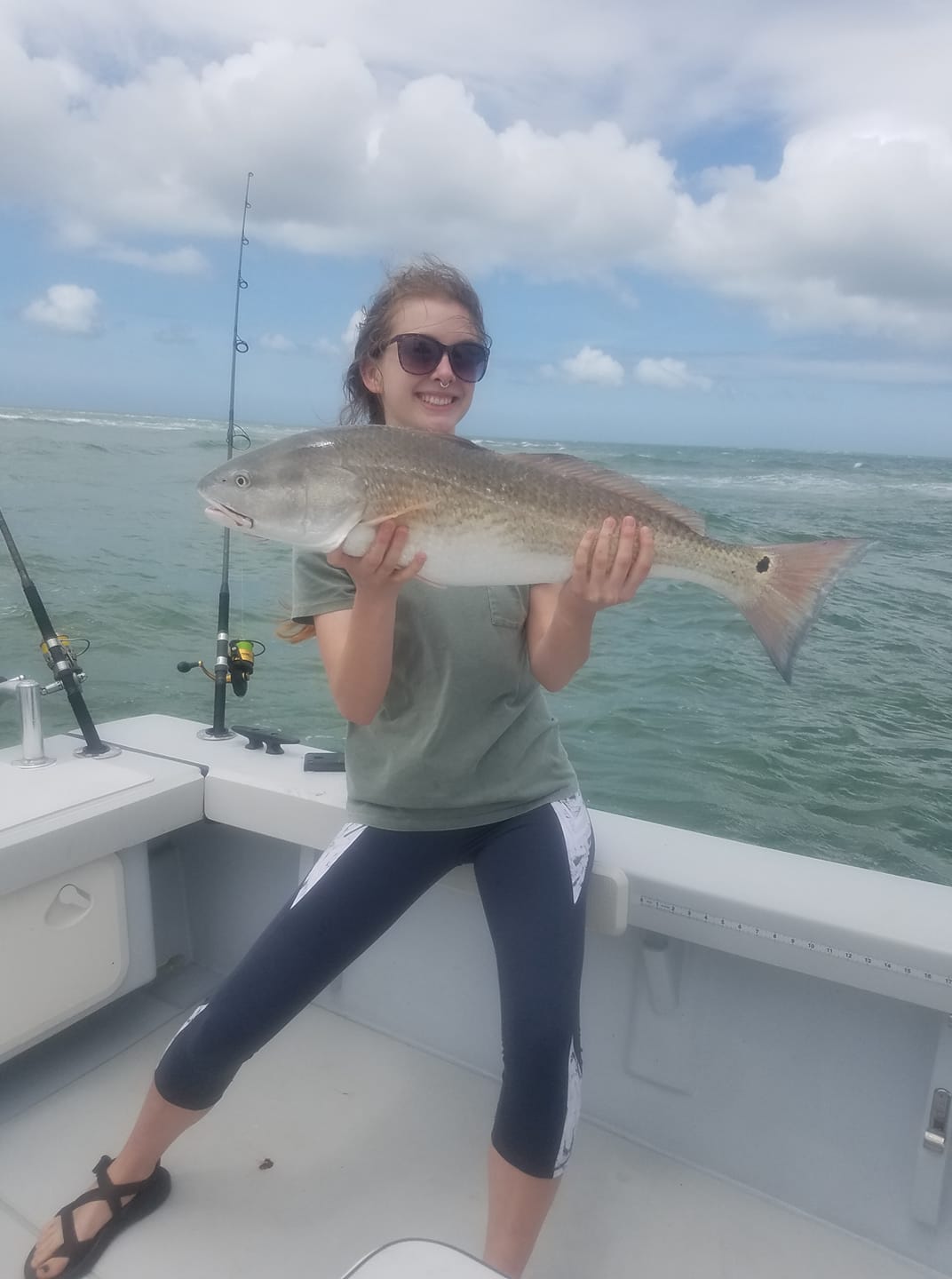 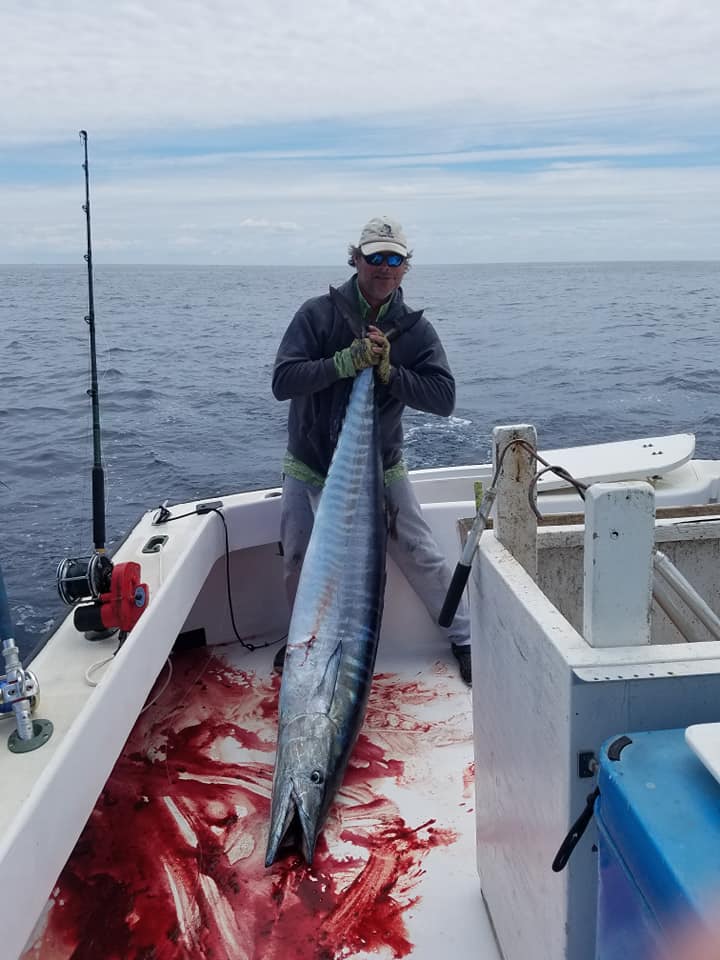 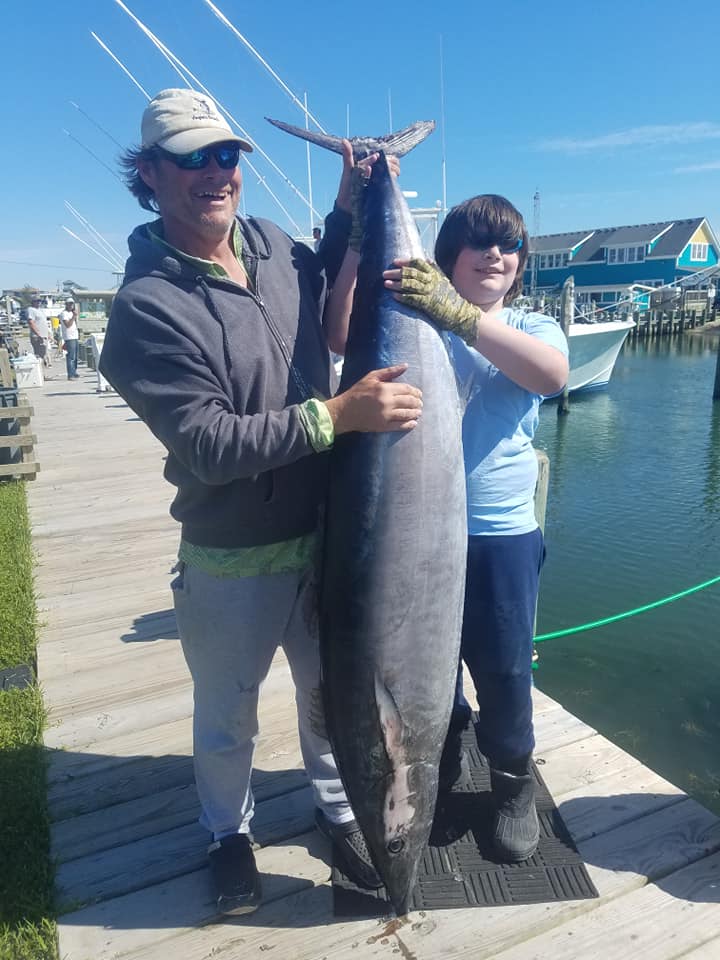