The Weather has not been conducive to fishing.  I think we have received over 20 inches of Rain .  But When they get out they go, the inshore boats dodging the rainstorms have been catching Big Drum, Cobia and Blues.   OffShore it's been Bailer Dolphin and a few Wahoo.  Weather is finally looking better.   Come on Down and Catch a Dream with us.

John Dabler of Colora Md had a 40 Pound Cobia aboard the Elizabeth Grace.

Heath Pack of Prince George Va had a 30 pound King aboard the Marlin Mania.

Samuel Edwards of Erie Pa had a 49 pound Wahoo aboard the Marlin Mania.

Jacob Carpenter of Woodruff Sc had a Sail aboard the Lady Liza.

Nathan Crutchfield of Clarksburg Wv had a 42 inch Drum aboard the Hallelujah.

Jason Cutright of Clarksburg Wv had a 48 inch Drum aboard the Hallelujah.

Until Next Time JAM out!!!! 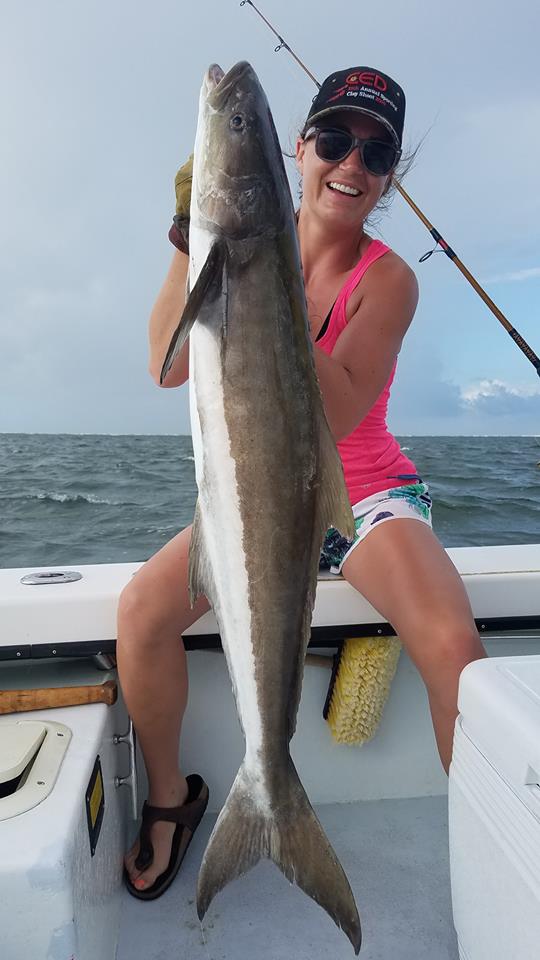 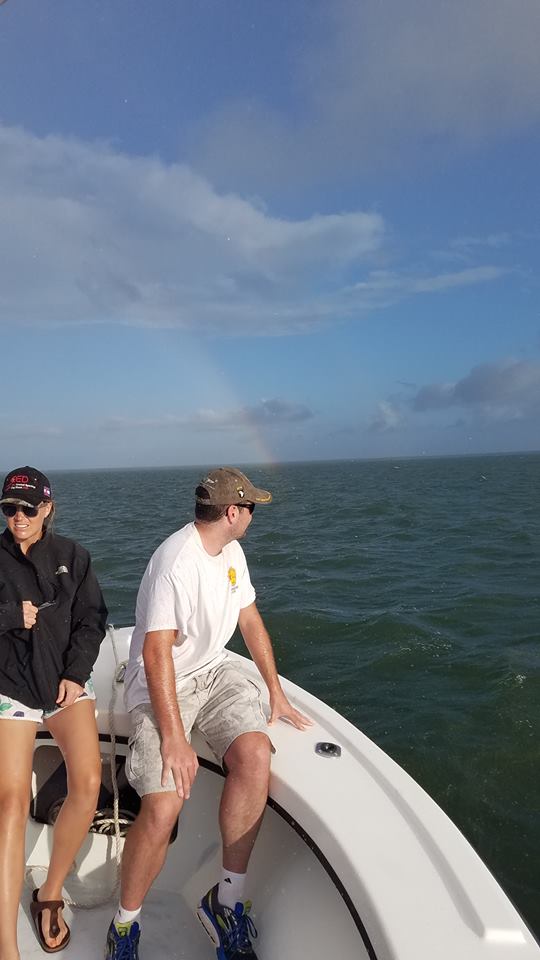 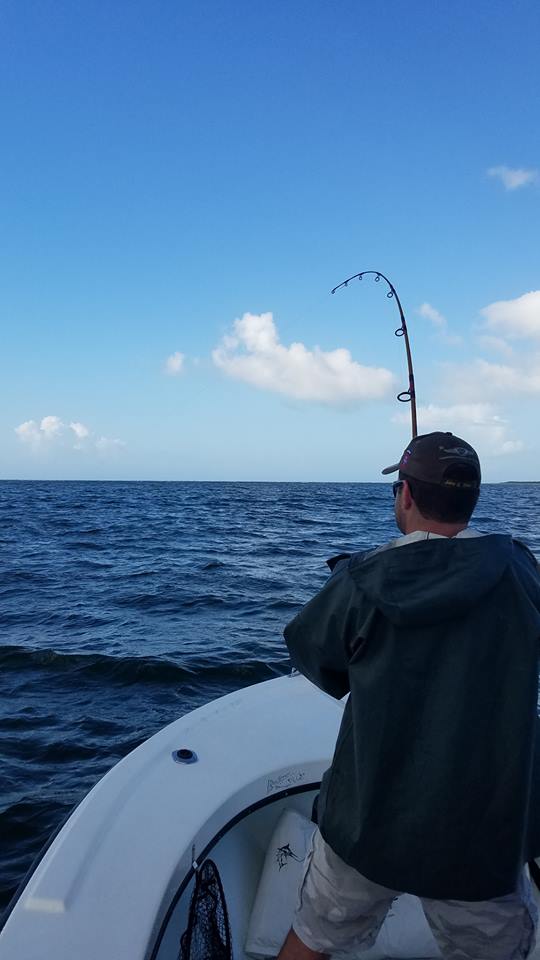 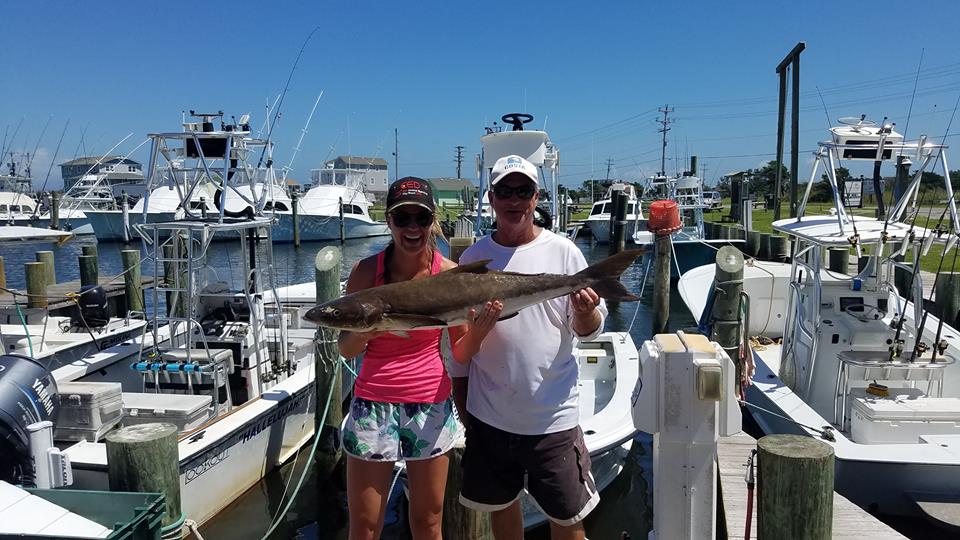 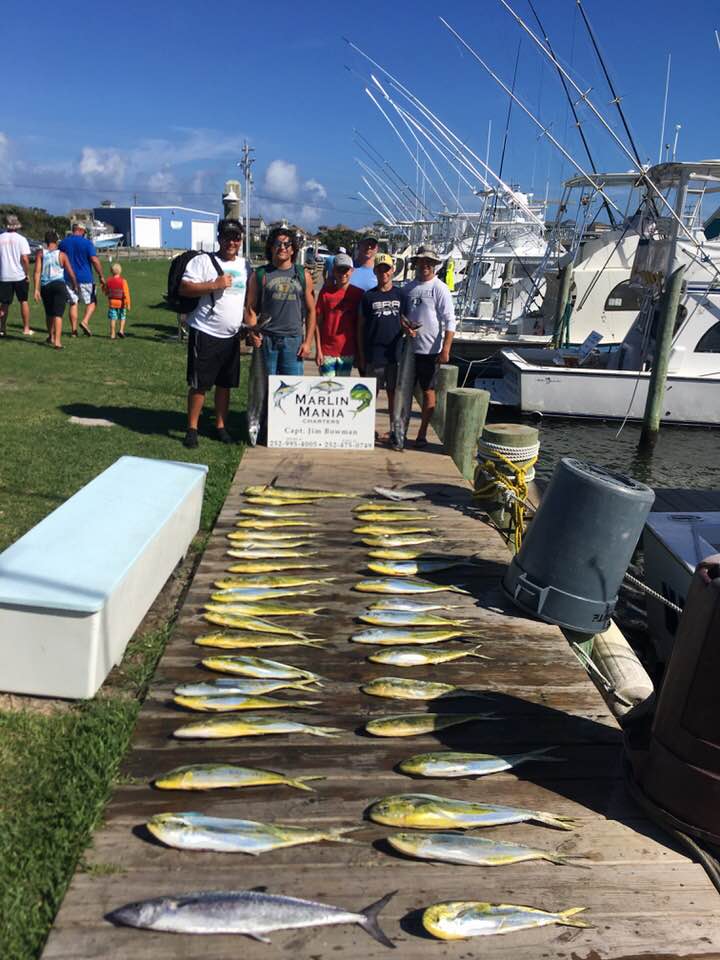