Real Nice Day all around OffShore.  A Mixed Bag was had, YellowFin, BlackFin, Wahoo and Dolphin.  A Citation King and a SailFish rounded out the day.  They had to work hard at it to get he catch that they did.  Pretty Work Guys..

InShore just can't be beat right now, they are Killing it.  Cobia, Drum of all Sizes.  Trout both Speckled and Grey.. Flounders Gigged and Hook and Line, it's just on Fire Folks.  InShore has been Consistent all year so far and it's hard to call it Fishing when they are catching that good.

Beach, Slower than we like But,,,,,,,,,,,,,,,  Spanish and Blues at the Inlet Day Break and Sunset, Glass Minnow and ES Lures are the Ticket.  Sea Mullets and Pompano's throughout the day.  A few Short Flounders and a Few Drum, HOT HOT HOT day with another one to Follow.

Casey Crone of Ashland Va had a SailFish While fishing aboard the Runaway.

Casey Crone of Ashland Va had a 30 pound King While fishing aboard the Runaway. 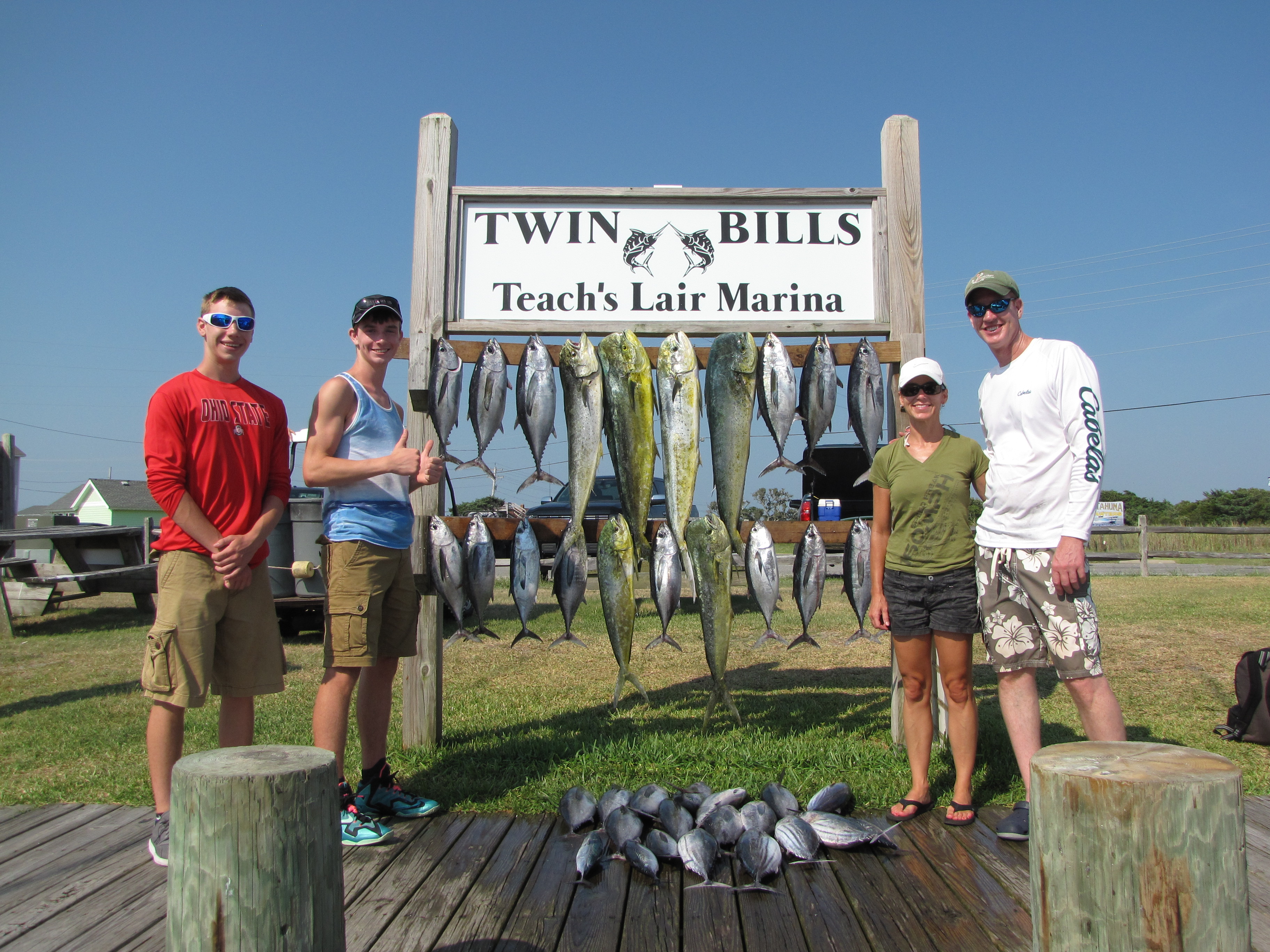 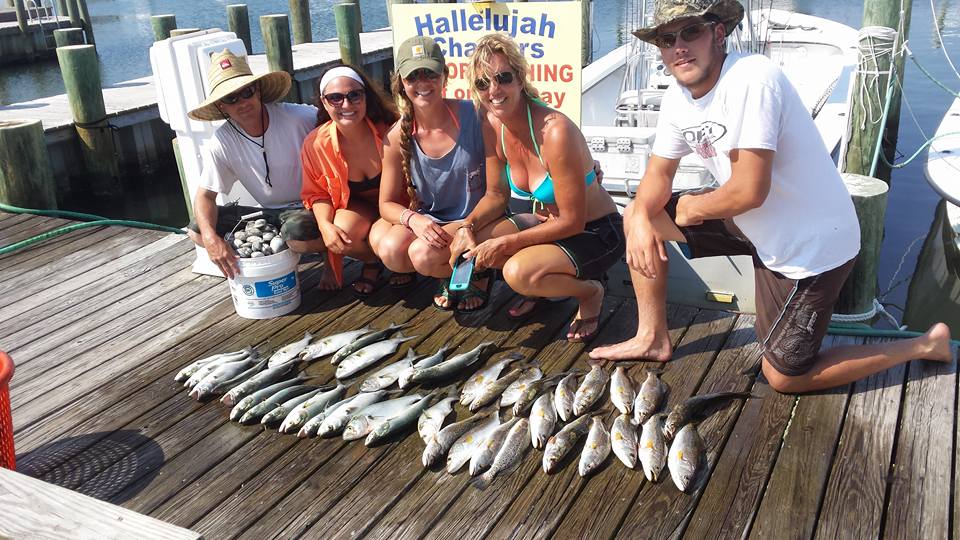 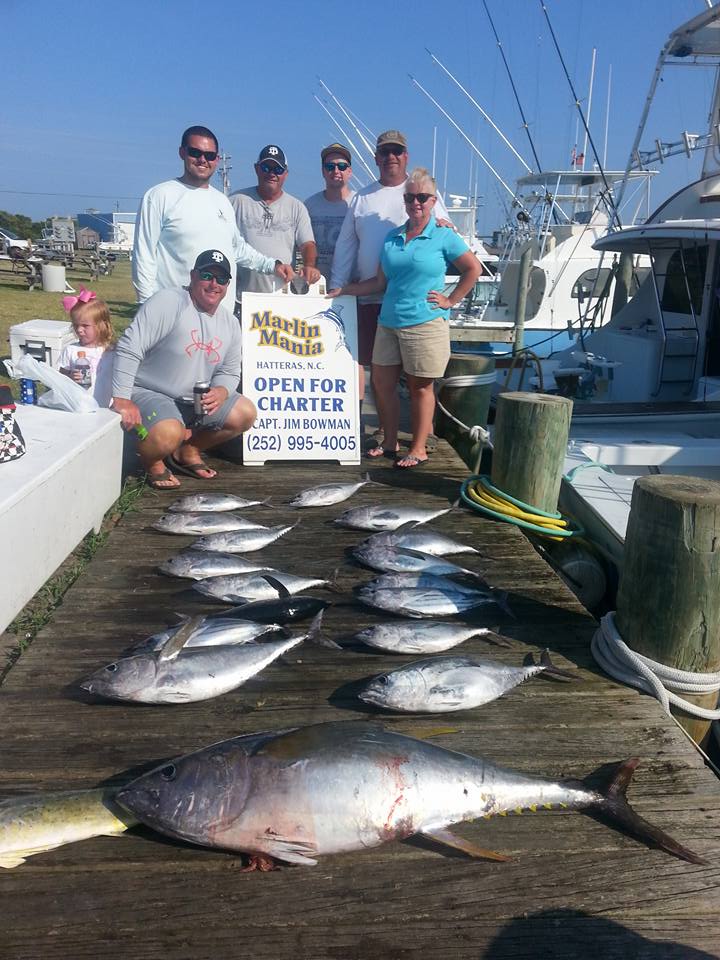 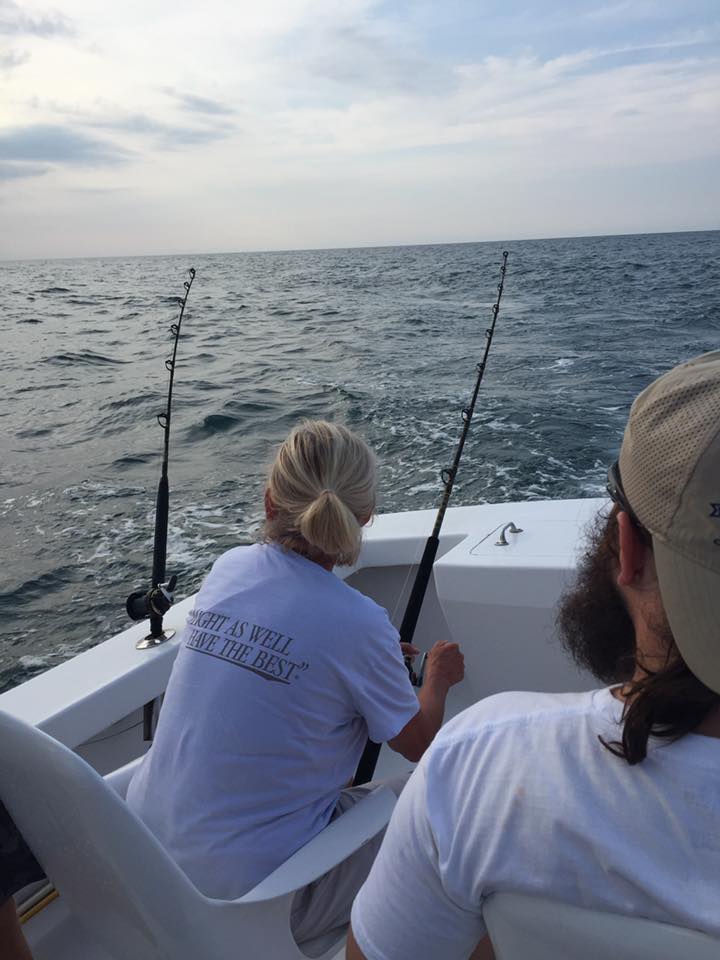 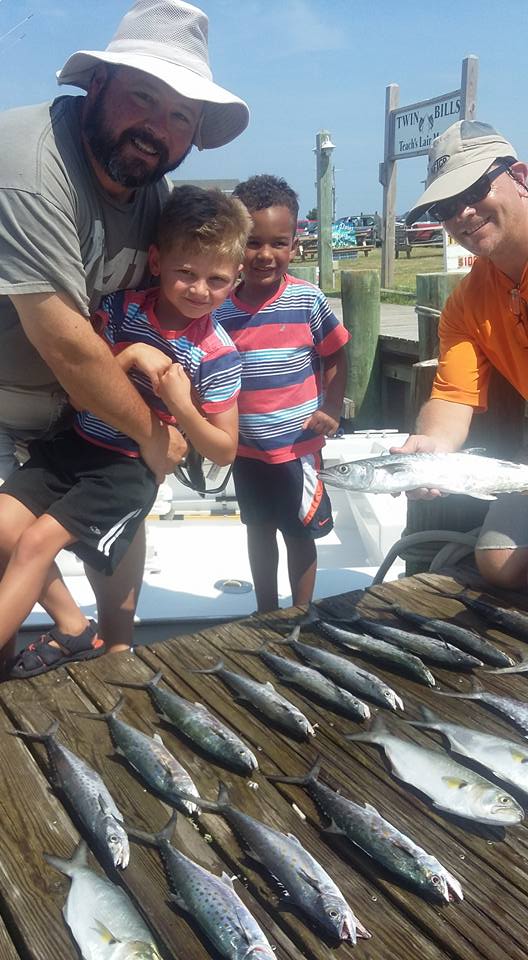 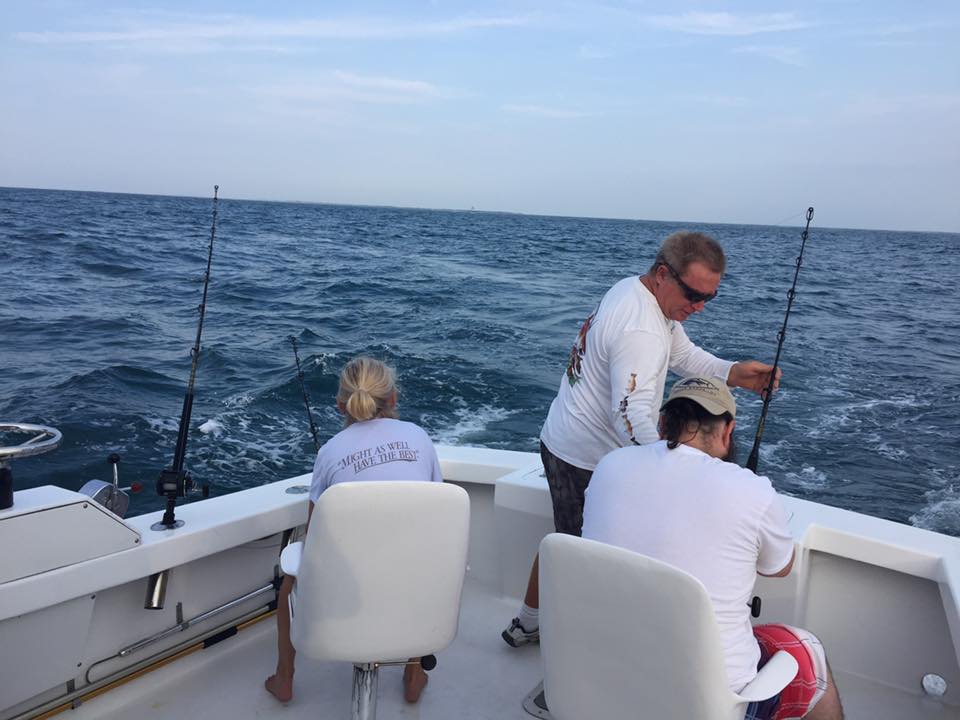 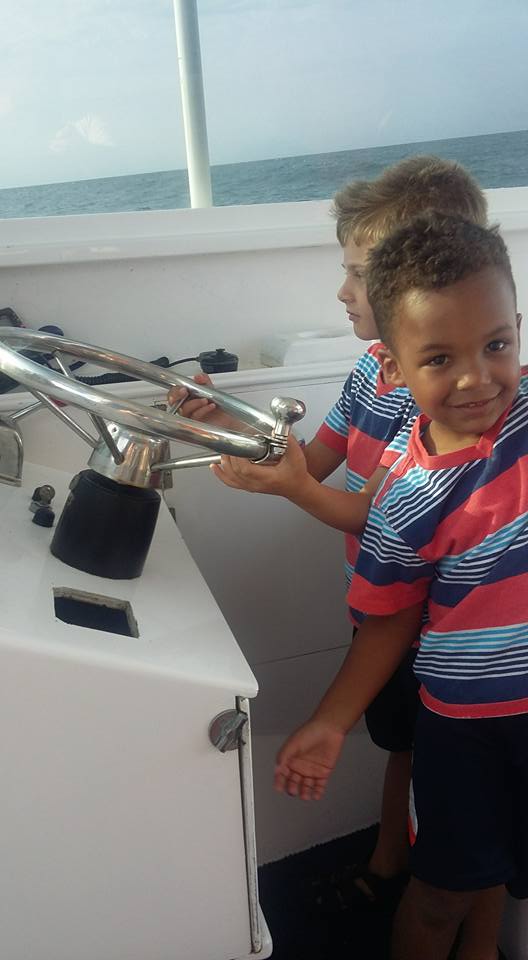 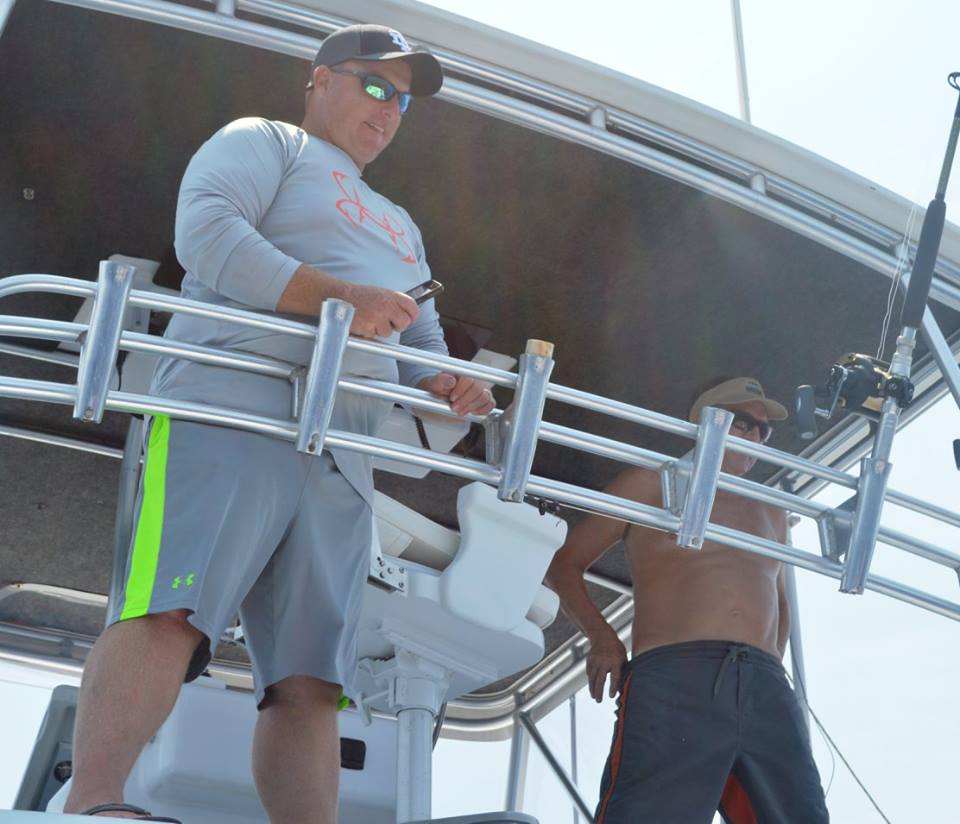 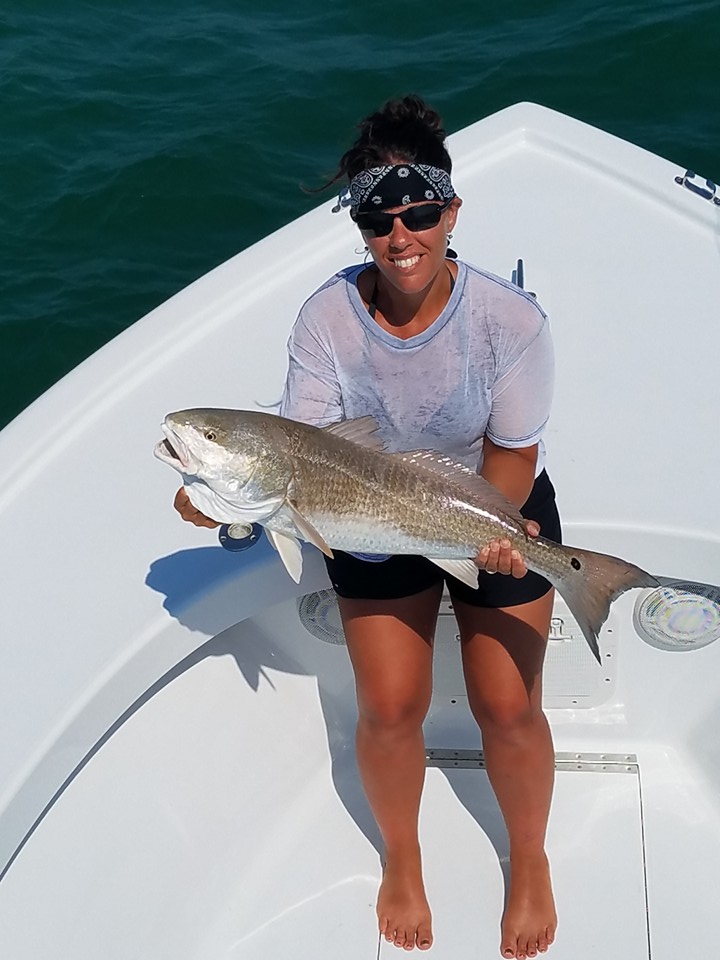 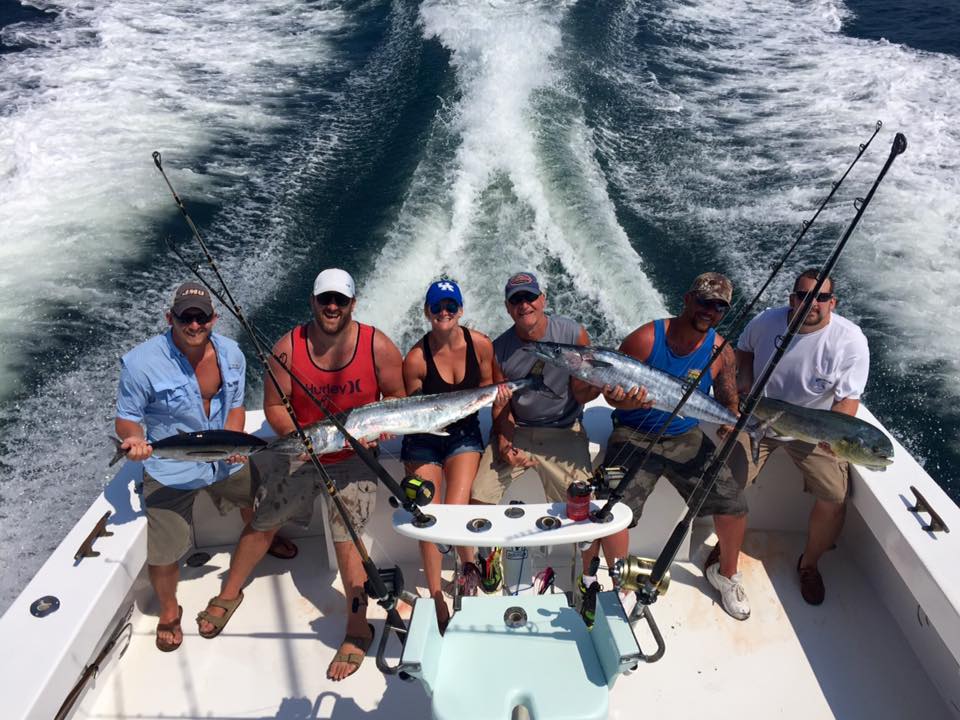 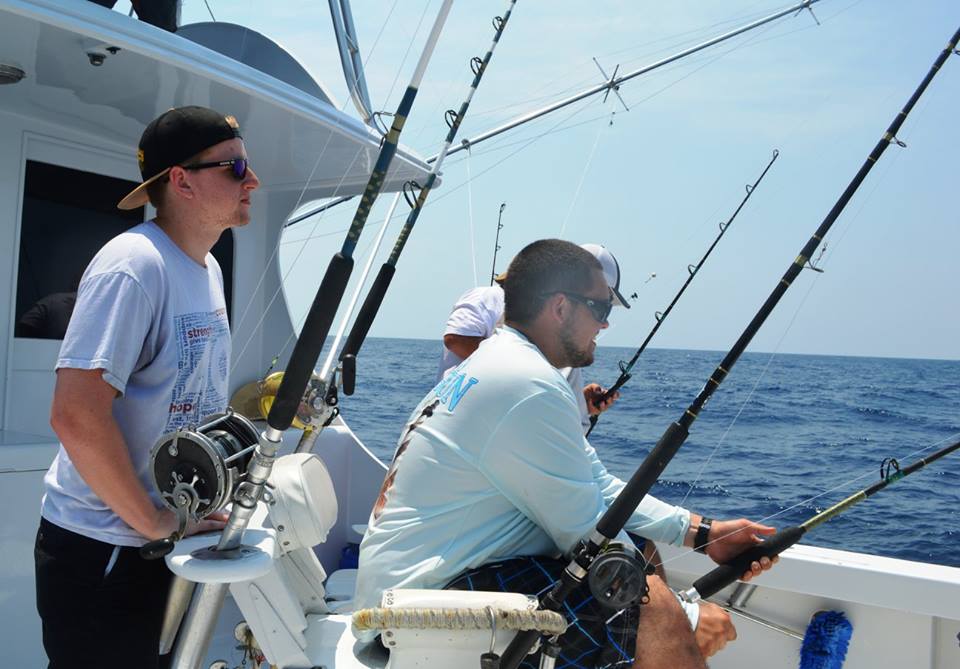 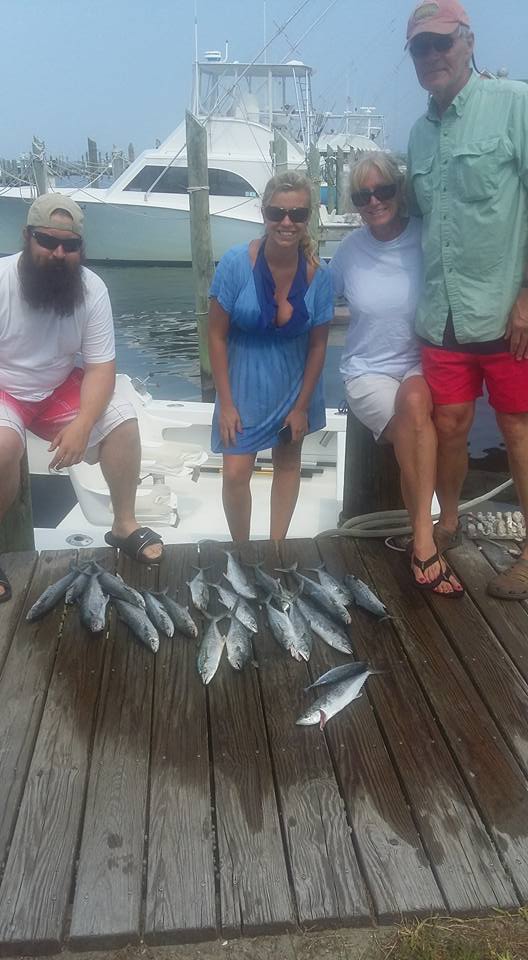 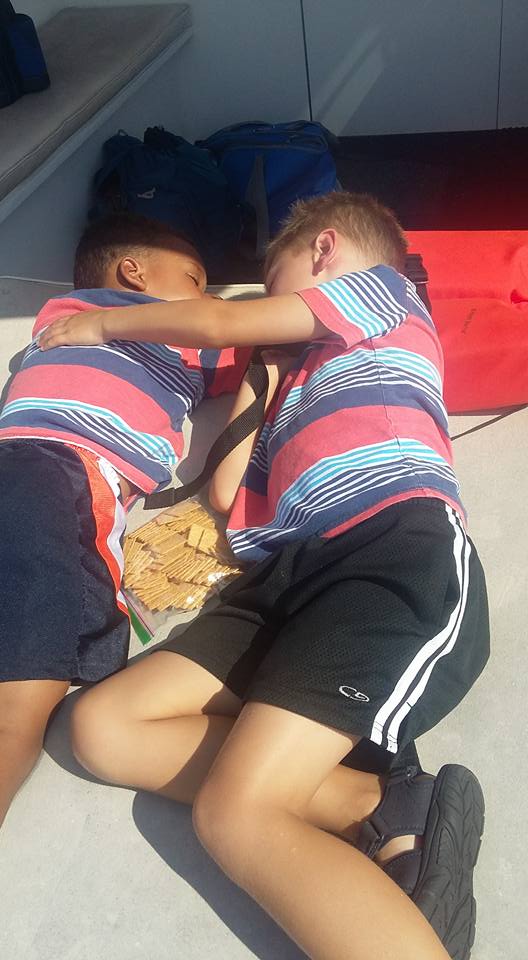 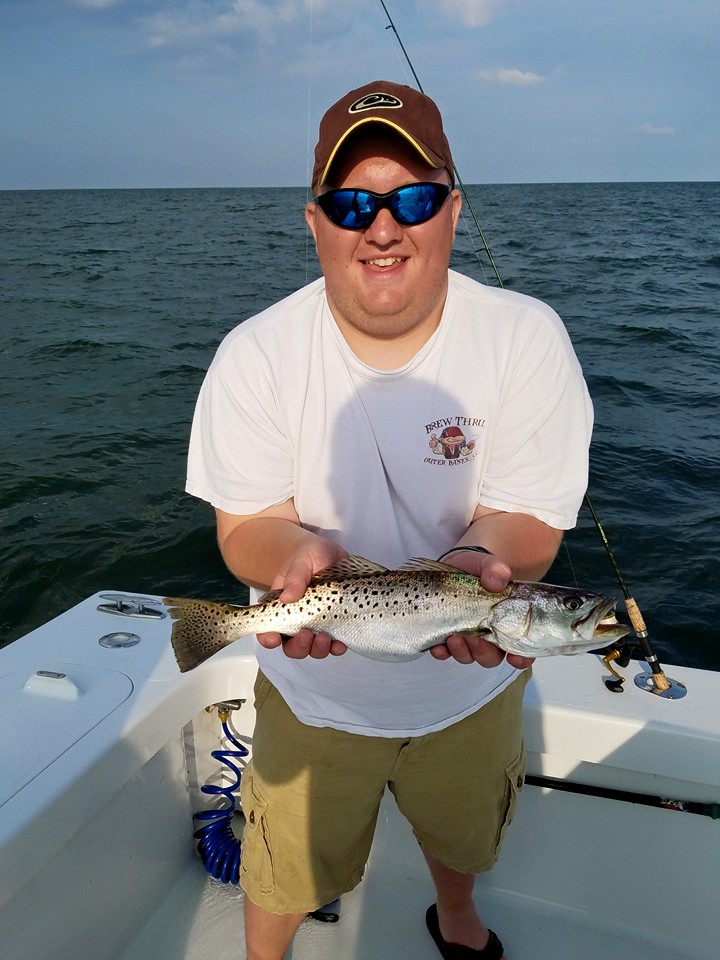 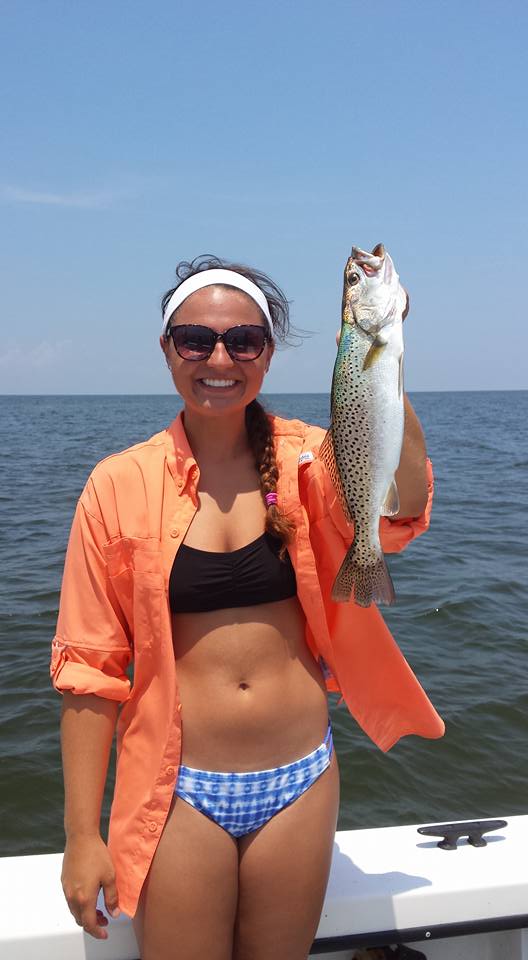 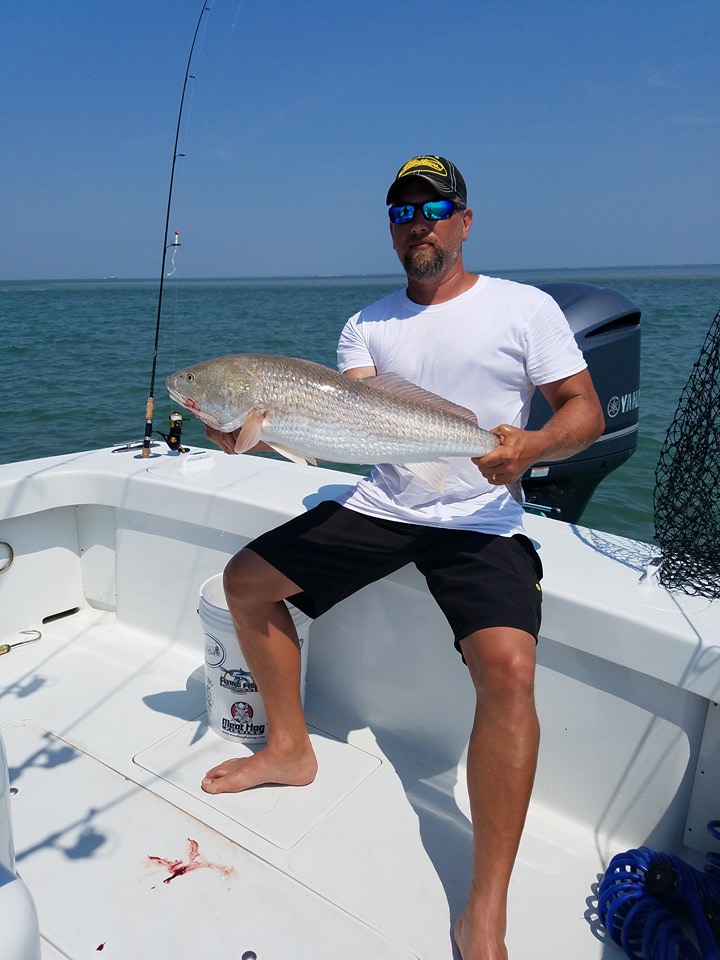 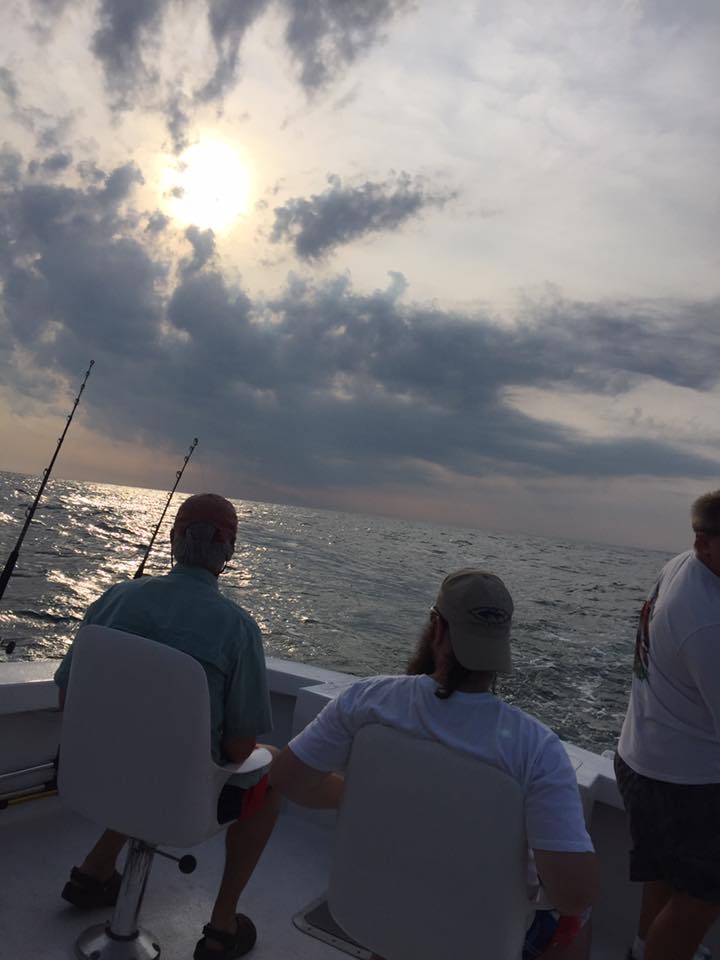 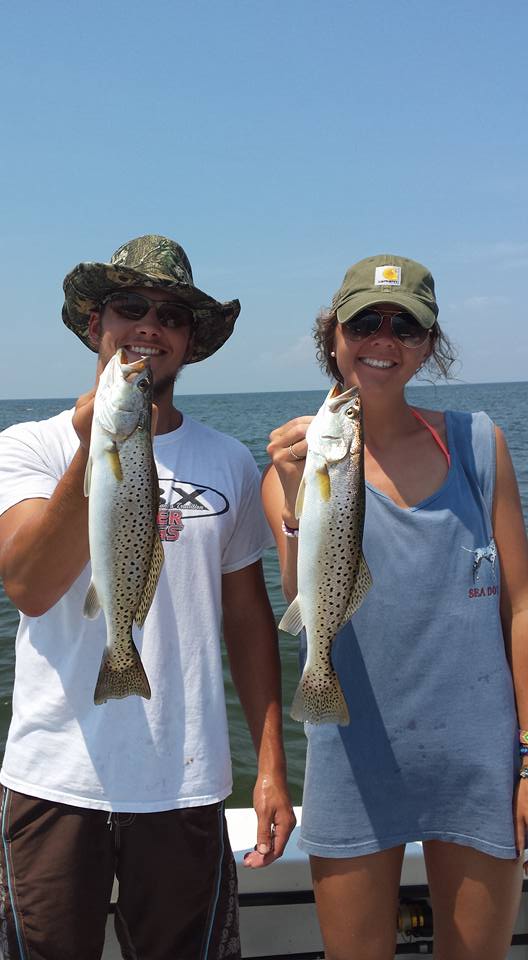 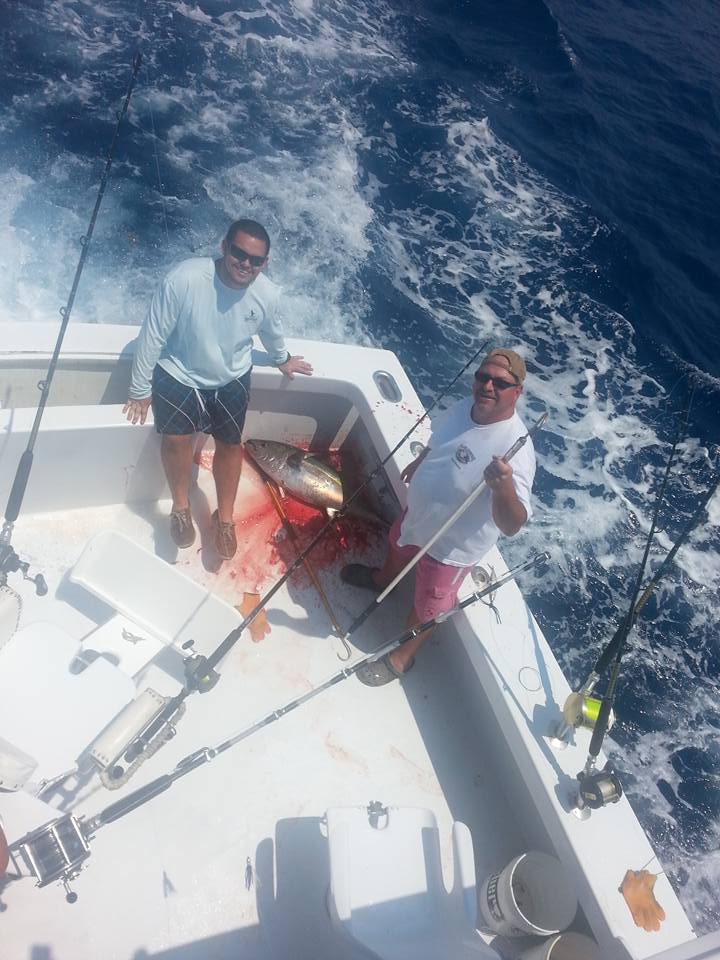